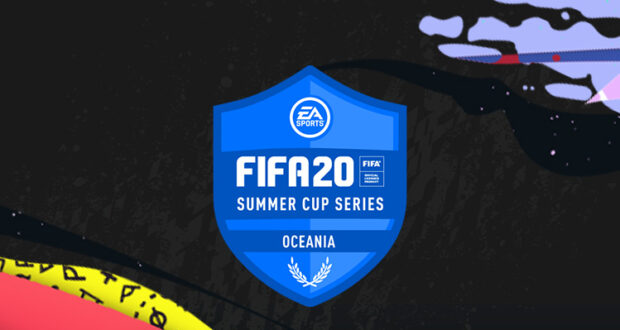 And another Summer Cup tournament draws to a close. This was just as exciting as the Europe Cup and maybe even more! The event was held between 21-23 July 2020. The second region in the Summer Cup series saw players from Australia, New Zealand, and even one bloke from Canada!

The Cup saw 8 players enter the tournament and there were 2 standout players to watch for. We had FUTWIZ Marko (AUS) from Team FUTWIZ, a really solid player and Honey Badger (NZ) from Tundra Esports, who has been a part of the FIFA Esports scene for the longest of time. The special player we saw from Canada was SARGE_FIFA from 564 Esports.

The Oceania format was a little different from the Europe tourney with a qualifier in place for the final rounds. While we talk about qualifiers, make sure to check out CasinoHEX, a place you are definitely qualified for!

All 4 players made it through the qualifiers for Day 3 and Day 3 saw a similar Lower/Upper bracket system. The lower round saw GreekFreak and Dylan battle it out, with GreekFreak emerging victorious. He proceeded to play Marko, losing out 1-4. The upper round match then saw Marko take on A-Nezer_ with A-Nezer_ edging him out 1-3 on aggregate in an exciting match. This resulted in the pair facing each other once again in the Grand Final. A delightful set of matches later, A-Nezer_ ended up taking the spoils home after beating Marko 3-1 once again. The young Australian kept his calm and went through possibly the toughest fixtures.

And that concludes the Summer Cup Oceania! The next stop is Summer Cup South America which begins on July 24th, 2020. Follow us to stay updated!

esports fifa 20 summer cup 2020-07-24
Rudra Mehta
Previous: The Leagues That We All Want To See In FIFA 21
Next: Prediction: The Future Stars Of FIFA 21 Ultimate Team