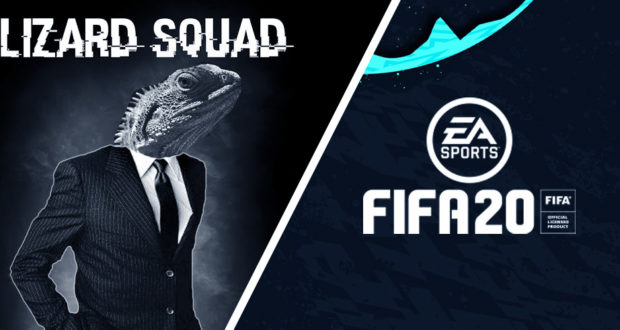 This past week there have been no more less than five server outages across all platforms for FIFA 20, and the reason behind this issue might be a hacker group named ‘LizardSquad’.

If that name sounds familiar to you it’s because this is not the group’s first rodeo with FIFA and EA Sports. LizardSquad has quite the history with EA and after this week, it looks like they have no intention of leaving EA and their servers alone.

Following their attacks the group claims that the servers operated by EA Sports are very weak and the firewall it’s not much of an issue for them to bypass. Moreover, every EA game is linked through the same server, so when an attack like this occurs all EA games go offline:

Something to note: EA servers are extremely weak. Using 40% of our botnet power to take Fifa offline worldwide. All of EA’s games are linked to the same server, meaning every EA game goes offline when ideally the attack was only meant to be for Fifa.

As of now the servers are still offline with match creation disabled in FIFA 20 as EA Sports reported via twitter:

Hi all, we are actively investigating the connectivity issues players are currently experiencing. Match creation has been temporarily disabled to prevent disconnects. We'll update this thread with more info when we can.

Usually it takes approximately one hour for the servers to come back online so gamers can resume their usual activities very soon.

The servers are now fully back online and the FIFA 20 online match creation has been re-enabled across all platforms. Moreover, the Weekend League has been extended by 24 hours.