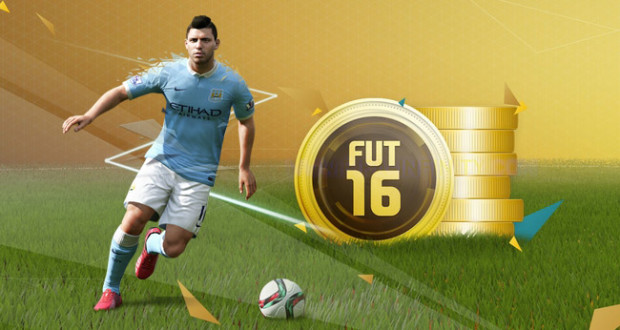 FIFA 16 is pretty much available worldwide as of today and with this occasion we thought to give some tips to those who are about to start their new Ultimate Team journey:

– Buy all classic kits and ball packs from the EASFC Catalogue. They will all be available in your FUT Club after you redeem them. From there you can either quick sell them or list them individually on the market.

– Get all loan players from the EASFC Catalogue to help you with your starter team!

– Increase your transfer market list size by purchasing the respective items from the EASFC Catalogue.

– Use the coins boost from the catalogue as soon as the full game is out. Redeem the highest ones that are available for you first because they will use up in the order you redeemed them.

– Redeem the 99 contracts cards that you can either sell them on the market for a hefty amount of coins or apply them to a player that you are 100% you’ll use for 99 matches in FUT.

– If you can’t redeem an item from the catalogue, because of your EASFC level, ask a friend to gift it to you and you’ll both have a 50% off the item price!

By completing the 18-steps task you’ll receive a untradeable gold pack that you can use for building your starter team! Here are the tasks:

Don’t throw yourself in online matches at the start, go for offline modes first so you can get used with the gameplay and earn a bunch of coins as well.  There are 4 offline game modes that you can play in:

Each of these modes can be played on your desired difficulty from amateur to legendary. Higher the difficulty, higher the rewards!

If you’re new to trading learn these acronyms before reading: BIN = Buy It Now, IF = IN-Form, Sell Price = Average sell price of an item, Cardweight = How often a card is traded on the market, k= x 1000

Player Trading – There are multiple ways to practice this method and we will list some of them bellow:

– Bid on or BIN at 400/450 coins non rare gold players from BPL, Serie A, Bundesliga, Ligue 1 or Liga BBVA. For example we bought multiple Bojan cards at 400 coins and sold them for more than 1k coins each!

– Bid on rare pacey bronze players for 150/200 and sell them for 500+ coins. Examples to use are Castelletto, Adu Kwame, Zekhnini or Skrzybski.

– Find players on the transfer market that have rare chemistry styles like hunter or shadow. Buy the lowest one on the market and list it just a little bit lower that the average sell price.

– If want to trade with rare gold players, start with Russian, Portuguese or Turkish Leagues. Go for open bids at 650-800 coins on players like Criscito, Dzsudzsák or Aboubakar.

Discard Method – Doesn’t work anymore on gold players but you can do it with rare gold staff members. You can snatch them on open bid at 150-200 coins and quick sell them for 240+ coins.

59th Minute Method/BIN Snipping – Go to the transfer market and navigate to the 59th minute page where new players have just been listed under an hour and BIN every player that goes lower than his usual sell price. For this method you need a little bit of market research and a list of players for you to snatch. For example you can bid on or BIN good non-rare gold BPL players at 400 coins and sell them for twice that price. If you don’t want to waste time navigating each time for every league you search, use this trick.

Bronze Pack Method: Buy 400 coins bronze packs and sell its content. In 99% of the cases you’ll get profit because just by selling the contracts/fitness cards you’ll get the coins you spent back. If you also manage to get good pacey or BPL bronze players you’re in for a really good profit. Other items like kits,badges or balls can sell as well for some decent amount of coins.

Consumable Trading: Remember that player cards are not the only items that you can trade with in FUT, you can make a bunch of coins by purchasing Chemistry Cards, Position Changes Cards, Manager Leagues, Rare Fitness & Contract Cards on open bid and sell them for profit. You’ll need some market research on this method to know which cards can give you the most profit.

Badge/Kits Trading: You can make a lot of profit with badges and kits if you know where and how to look for them. Make a list of popular badges and kits and search for them on the market 4/5 times a day. You can BIN or win them on open bid for some ridiculous low prices because people don’t pay much attention to them. You can take for example Al Taawoun kits or China NT badge that can be found at 300/400 coins BIN and you can easily sell them for 3/4k coins. Start looking for popular kits/badges here and here or you can learn from the market which kits/badges go for the most. Usually the National Teams, BPL, MLS or Popular clubs are the most expensive. Also some popular FIFA youtubers tend to have favourite kits/badges so be sure to keep an eye on them and invest in those items because their fan base will spend a big amount of coins to get their favourite youtuber kits and badge.

Mass Bidding Method: If you have a bit amount of coins in your club, target a player of your choice that you wish to make profit of, find the sell price of targeted player and bid on all its cards under an hour for 10/15% less than its value. This technique works better late at night because there aren’t many users online.

Flood Method: This method is a bit unfair because it takes advantage of newbies or those who don’t know the market very well! Go and buy 20/30 identical items and list them for a higher price than their usual at the same time. Works better with cards you can’t filter like manager leagues.

Big Pack Openings: In the first hour of a new TOTW/TOTS or Special Packs release, people will list their opened packs items for very small prices and you have the chance to snatch stuff very cheap and sell them later for higher prices.

– Don’t invest all your coins in one player/item! Start low and build your way up.

– Best time to trade is early in the morning or late at night. Remember that highest base of FUT players is in Europe!

– Best time to sell is in afternoon, early evening or in weekends. Remember that highest base of FUT players is in Europe!

– Stay updated with real life football and watch popular games. If you are convinced that a player will get an IN-Form after his performance buy his normal card immediately before the hype and sell him when his IF is released! Also watch famous FIFA youtubers that promote players and snatch a few of them before the hype kicks off.

Redeem your Daily Gifts in the web app! At the start of FIFA 16 you can redeem your daily gifts until October 1st on web/mobile app. Afterwards EA Sports will do sporadic daily gifts periods throughout the season.

– No matter how bad you loose, don’t quit the game! You’ll receive less coins in future matches because your DNF gets reset to its default every time you forfeit a game.

– To avoid using fitness cards and keep your players fit, build two teams and have each other teams as substitutes. In this way when you play with a team the other team players get to rest and their fitness is increased. This trick will also help you gain extra coins on fitness cards that you get in packs because you can sell them with no need of using them.

– Don’t buy packs with your coins! It’s a waste of coins and the chances of packing a player that cover the pack price is very low. Buy packs with FIFA Points at the start of the game if you have some cash to waste.

– Don’t waste much coins on building your starter squad!  You can build a decent non-rare gold squad with as much as 5.000 coins.

– For offline matches use the untradeable players/low rated loan players to bag some coins and not waste their contracts. Chemistry won’t affect you much in offline matches if the difficulty is not higher than Professional.

– FUT Draft Tokens are very rare so if you get one in a pack, be sure to use it!

That’s it for now guys, hope you enjoyed our tips and will make a good use of them for FUT 16. This week we’ll post some cheap starter squads as well so be sure to stay close.