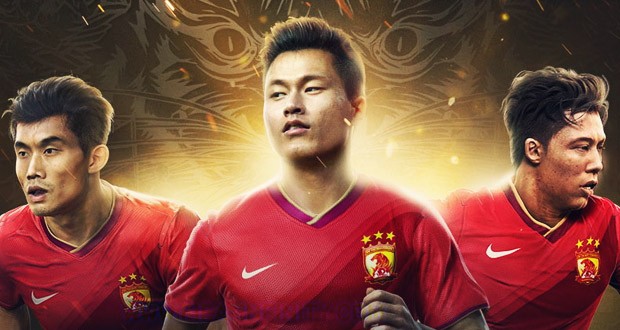 EA Sports revealed, during a ceremony in Guangzhou, China, that they have reached an agreement with Shandong Luneng Taishan, Guizhou Renhe, Guangzhou Evergrande F.C and Beijing Guoan F.C to appear in their FIFA series games. Beside the teams, EA Sports also signed 7 Chinese football legends and all of them will premier in the Chinese edition of FIFA Online 3 that will be launched tomorrow! The legends are Fan Zhiyi, Hao Haidong, Yang Chen, Li Ming, Li Jinyu, Ou Chuliang and Xie Hui and each of them will have a custom made face in the game. To top that, Italian legend Fabio Cannavaro accepted EA’s offer to become an honorary adviser for EA Sports and FIFA Online 3, and be featured as a manager in one of FO3’s new game modes.

Mike McCabe, vice president at EA and the one who revealed the agreement, stated:

“EA have always listened to the needs of players, which is the reason why we are here today. We are very pleased to have reached an agreement with the ownerships of the four Chinese clubs and the seven legends. Chinese players will be able to play the most realistic football game ever made and we will continue to improve the game and bring more high-quality content specifically created for Chinese users.“

“We are trying to get more Chinese football fans to experience the game of football with Chinese characteristics through FIFA and that’s why the four Chinese clubs and the seven legends are just the beginning, in the future we will be adding more Chinese and international legends and of course, China has a lot of football clubs that haven’t joined the game yet.”

With that last part of the phrase it’s pretty clear that EA Sports are looking forward to get their hands on the whole Chinese Super League.

“The FIFA series are a great way to promote football on a global scale, and thus the reason of the agreements with the Chinese clubs. EA observed and listened the demands of  football fans from China, but in order to reach those demands we had to research and develop a game strictly for the Chinese market. With the addition of the four Chinese Super League teams and the seven Chinese legendary players we took the game to a whole new level.”

Thanks to this agreement, we expect to see the four new clubs in FIFA 16 as part of the Rest Of The World league but if EA Sports manages to get the licenses for the rest of Chinese Super League, as Mike McCabe hinted above, we may get ourselves a new league in the game.

We leave you with photos from the ceremony and some screens of the new additions that will be available tomorrow in FIFA Online 3: