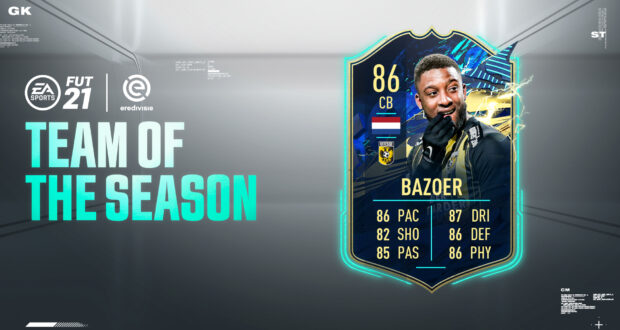 Not one but two TOTS have been dropped earlier today in FIFA 21 Ultimate Team with EA Sports celebrating the best players of this season from Dutch Eredivisie and Chinese Super League.

The 2020/21 Eredivisie campaign saw Ajax win their 35th title with rivals PSV finishing as runners-up. These performances are reflected by the number of players each of the two teams has in this year’s official TOTS: 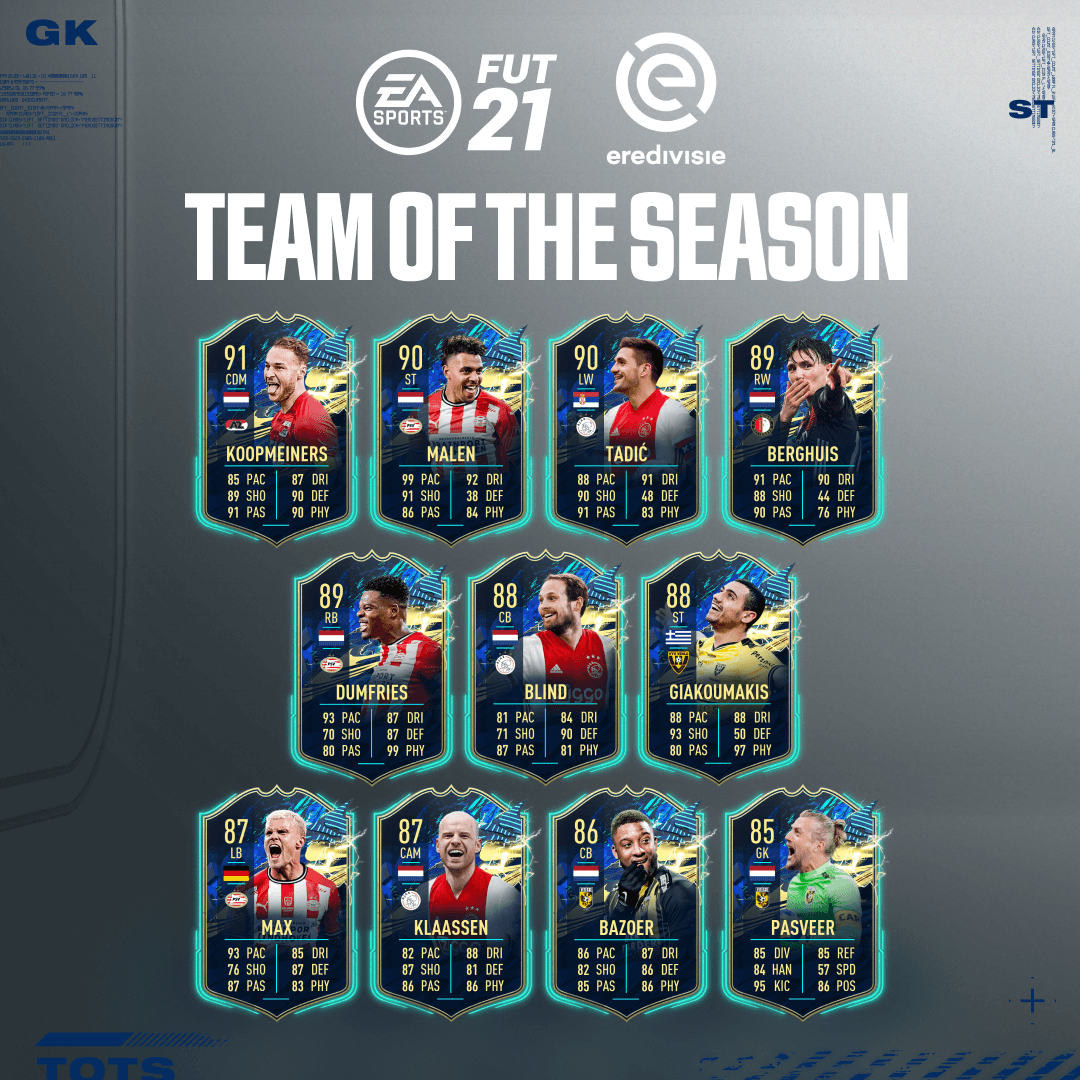 Even though the new Chinese Super League season just kicked off, the best players of the previous season have been revealed today thanks to the TOTS promo. Although unusual, the squad doesn’t feature any players from the champions Jiangsu Suning and the reason for this is because the club has been unexpectedly dissolved shortly after winning the domestic title. This is why you won’t see stars like Alex Teixeira, Eder or Miranda in this year’s TOTS lineup, however other famous players made it: 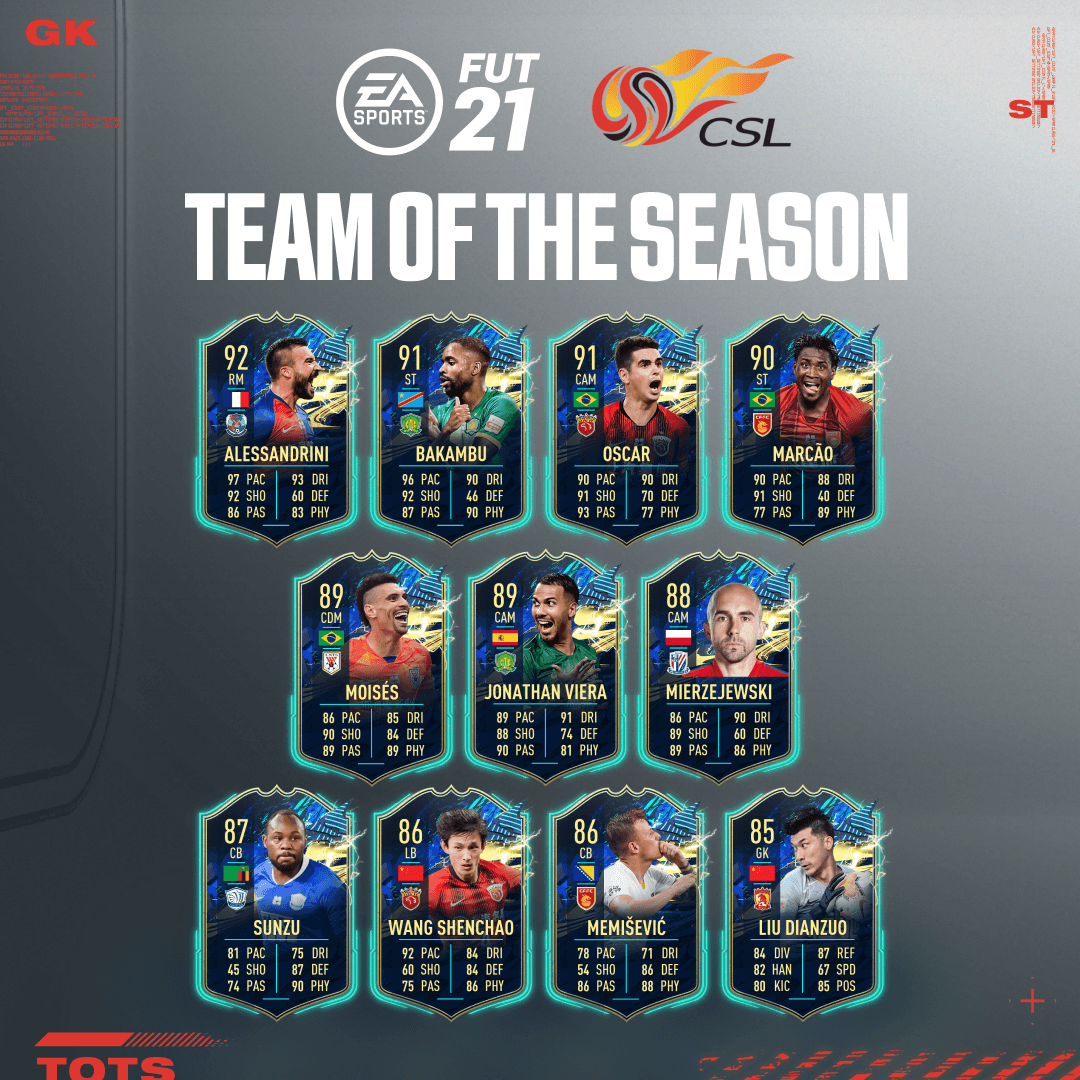 Both the Eredivise and Chinese Super League TOTS will be in packs for a full week and they will be removed next Monday, May 31st.

The former Everton and Manchester United midfielder Marouane Fellaini had a great 2020 season in China while playing for Shandong Taishan and his performances have not went unnoticed by EA Sports. His 91-rated TOTS card is now available to unlock via Squad Building Challenges by completing the next requirements:

The card will cost you around 90k coins but you can find cheaper solutions here. 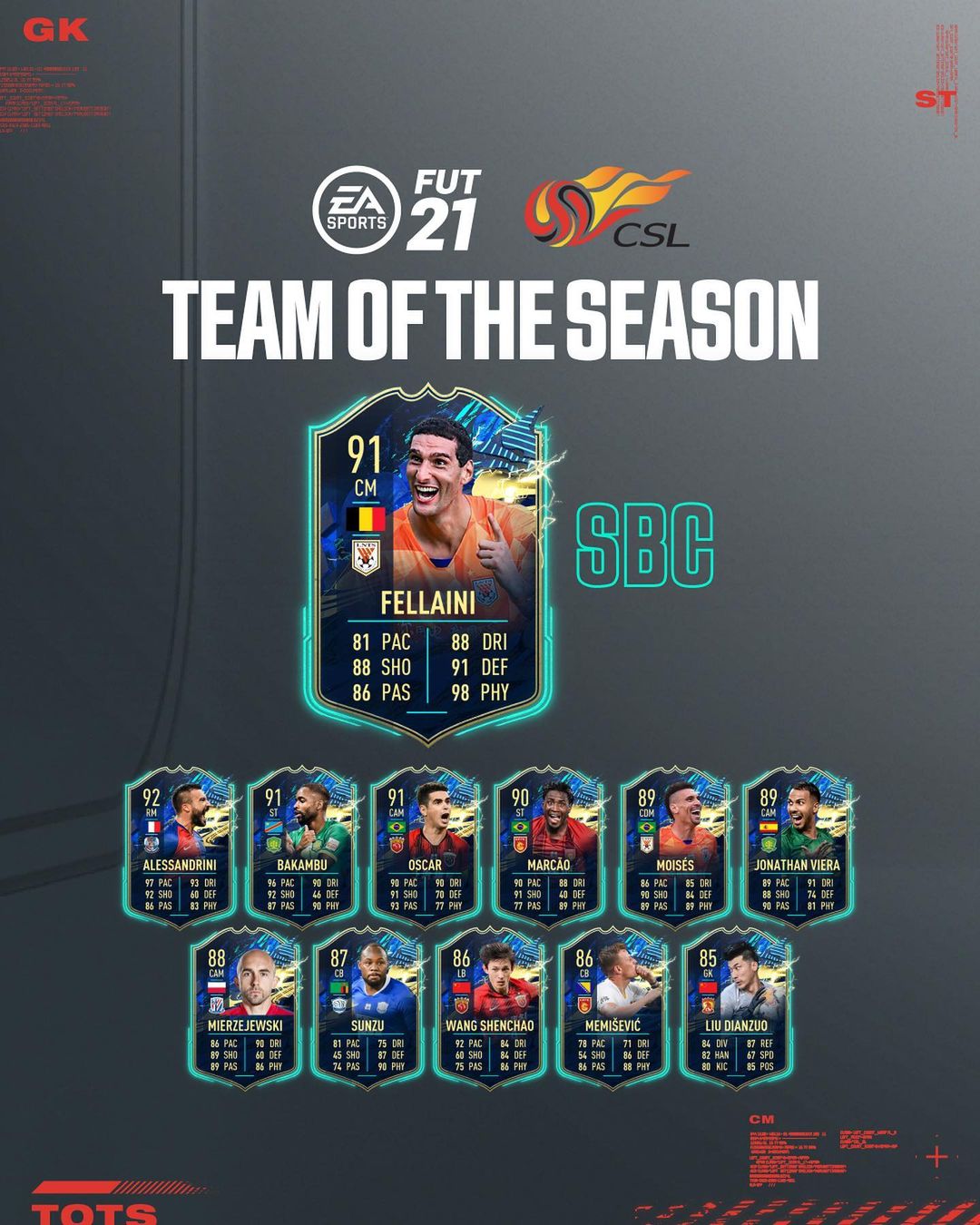 The Brazilian winger Antony was one of Ajax main players this season so it’s only natural to see him recompensed with a TOTS card in FUT 21. In order to get this 90-rated blue card in your club you need to complete the following in-game tasks:

Overall a very easy Objective that can be completed offline in Squad Battles. 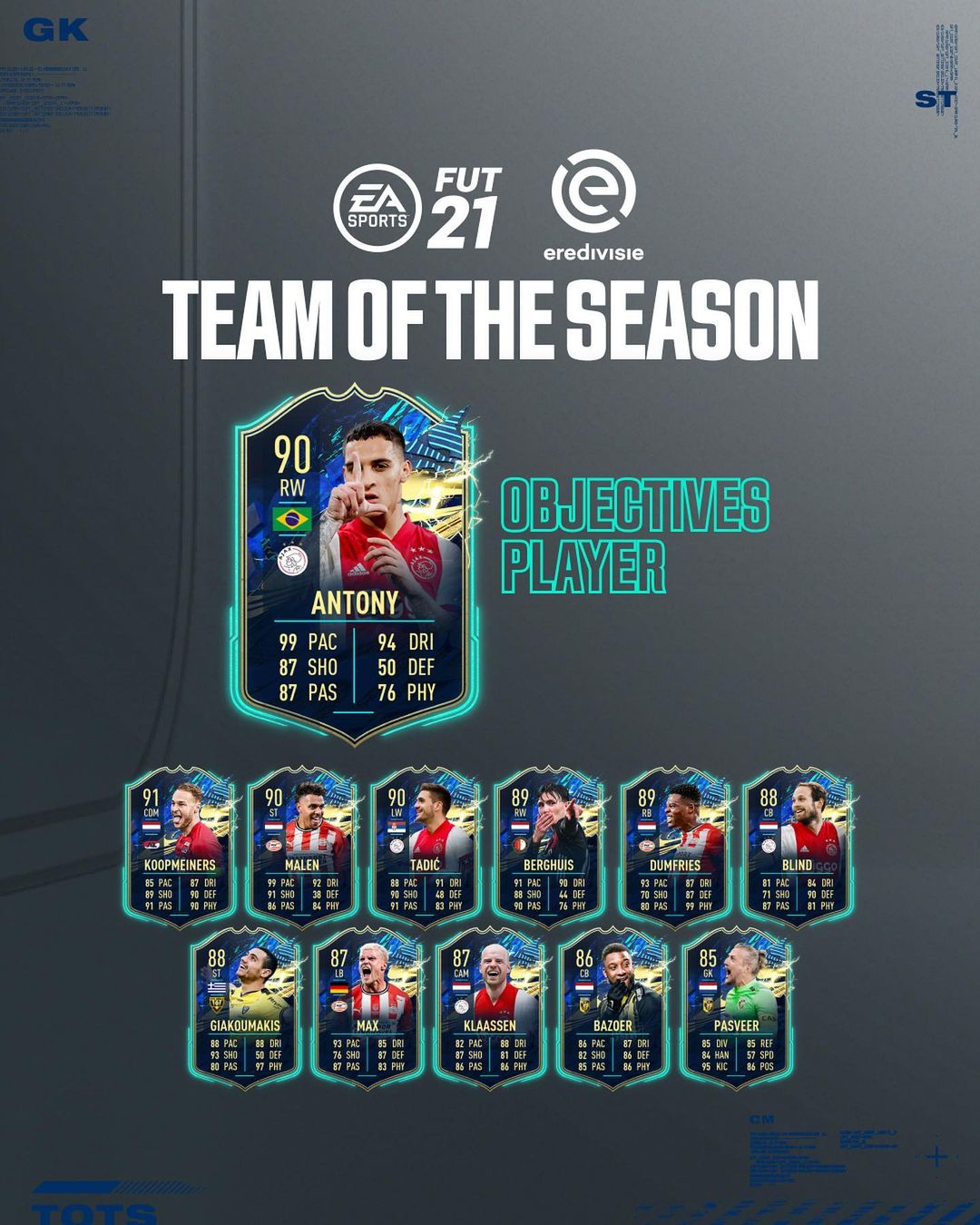 More TOTS related content will be release in the following days so be sure to stay updated by following us on twitter!