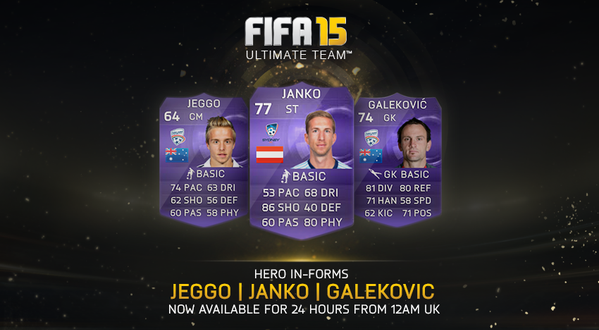 A new title update for FIFA 15 is now live on all platforms which brings the important fix EA Sports mentioned two weeks ago in the last update on Team of the Season and addresses certain issues that the FIFA community has identified, including:

The FUT 15 Xbox market went crazy yesterday after cards were listed far above their price ranges as you can see in the screen bellow. This glitch applies to a limited amount of cards and EA have stated that the problem will be fixed soon. In the meantime coin sellers will take advantage of this glitch and mess up the game once more.

Hat-trick heroes Agüero and Cavani lead the line for the new TOTW:

These in-form players will be available in packs from 13th May 6:00PM – 5:45PM 20th May. You can view the team more detailed at FUTHead or FUTWiz.

Three new tournaments are up this weekend and each of them have some really nice rewards:

Price range updates are getting more frequent and this week we had three updates released.

Starting tomorrow the FIFA Interactive World Cup 2015 Grand Final from Munich will kick off! The 20 finalists from 15 countries will give their best to be crowned as the FIFA 15 World Champion and win the grand prize of 20.000 $ and a trip to the next FIFA Ballon d’Or Gala. For more details on the tournament and the live streams please go here.

Another fine compilation of goals have been uploaded on EA’s official YouTube channel and you can’t miss it:

Thanks for checking out this news post! See you next time!