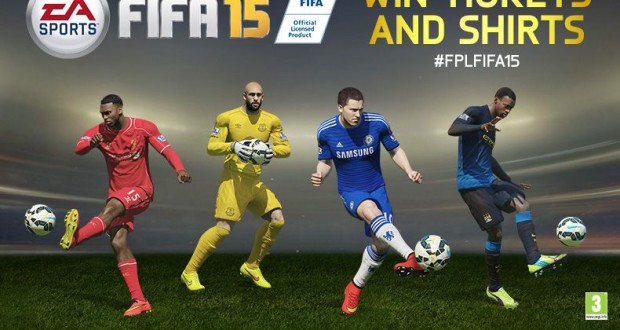 It looks that EA Sports are keen to resolve all the problems in FIFA 15 and have released a few forms for you to complete in order to help them fix the next FIFA 15 / FUT 15 problems:

– Unable to connect to FUT on console AND web app

– No coin reward at the end of match

Also, the dev team confirmed that they are working hard on finding a fix for the general online connectivity issue that affects most of the platforms!

Messi, Tevez and Džeko lead an amazing attack in the new TOTW:

These in-form players will be available in pack from 1st October 6:00PM – 5:30PM 8th October. You can view the team in the Web App  or more detailed at FUTHead or FUTWiz!

This week four new FUT 15 tournaments have opened and bellow you can find all the details about them:

All tournaments will get closed on October 10th while the German Legends Cup ends on October 17th.

This Friday the Fantasy Premier League kicked off for the 14/15 season. If you don’t play the game you can register for free here, if you’re already a Fantasy Premier League player, simply enter the EA SPORTS FIFA 15 league here. Alternatively, the code to join the league is 169-469855! The Official EA SPORTS FIFA 15 league will run throughout the season, with five prizes on offer each month. There are four pairs of match tickets and one signed Premier League shirt to be given away to lucky winners after the final game week of each month.

Just like last week,we have another huge collection of the best FIFA 15 articles and guides released this week on the web:

FIFA youtubers FIFARalle and Kazooie94 released two amazing video tutorials on the most effective skills and combos in FIFA 15 and we invite you to check them out:

Goals of The Week are back for FIFA 15 with the first compilation available down bellow:

In other news, the 11th edition of the FIFA Interactive World Cup kicked off on October 1st with the first online qualification season! To compete you will need a copy of FIFA 15 and a PS3 and there are six online seasons and 16 available qualification spots through online qualification for FIWC 2015. Every online season, the two players that finish at the top of the season’s leaderboard will earn a qualification seat. Additionally, the four best third-place finishers across the six online seasons will also receive a Grand Final seat. You can view all the dates on the Tournament Format page. For FIWC 2015, players can only play a maximum of 90 matches in a single season. After a player reaches the 90-match cap in a single season they will have to wait until the next qualification season begins before they can resume competing in the FIWC 2015. The FIWC 2015 champion will walk away with a trip to the FIFA Ballon d’Or and USD20,000 in prize money.