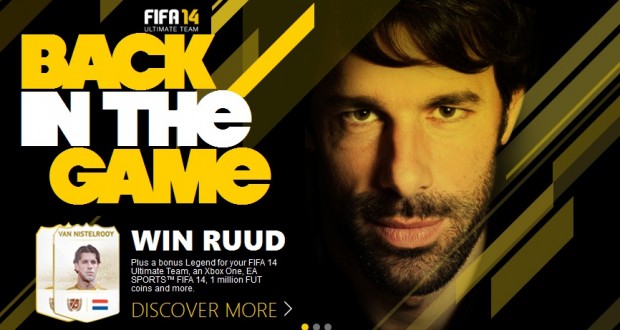 A new title update is now available for FIFA 14 on XBOX 360. This 360-only update addresses the following issues:

After last week’s official announcement of the 2014 World Cup game, EA already came up with some pre-order offers for the game:

Bellow you can also see a new screenshot from the game:

The first Winter Upgrades are now live on FUT 14! Full player list HERE! To understand how the upgrades work we have a small guide for you:

These IN-Form players will be available in packs from 12th February 6:00PM – 5:30PM 19th February. You can view this team in the Web App or more detailed at FUTHead.

EA Sports and Xbox One just launched playlikealegend.com website where you can participate in weekly challenges and win prizes! The competition is available in UK, France, Spain and Germany. The first challenge is called Clinical Finishing and you need to submit your best in-game clip featuring a clinical finish and you could win 100.000 coins plus a place in the final where you will compete for Ruud van Nistelrooy’s FUT Legend Card plus a bonus Legend, an Xbox One, EA SPORTS™ FIFA 14, 1 million FUT coins and more.

And to wrap up this news post we leave you with the Best Goals of Week #17: