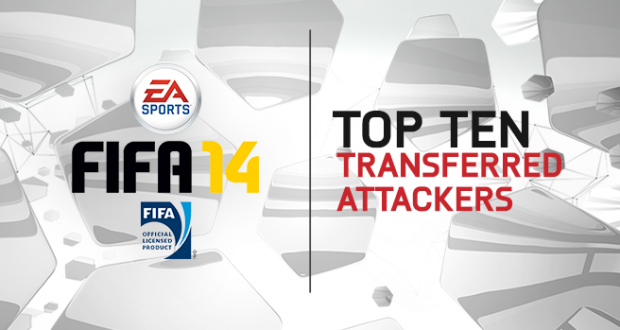 These IN-Form players will be available in packs from 1st January 6:00PM – 5:30PM 8th January. You can view this team in the Web App or more detailed at FUTHead.

#10. Javi Martinez (Spain) – FC Bayern München (Bundesliga)The Spaniard Martinez is one of the mentally strongest players available in Ultimate Team. The 84-rated defensive midfielder possesses an 89 Aggression, 86 Interceptions, and 81 Vision. When coupled with his 86 Standing Tackle and 83 Short Passing, Martinez is a perfect player to have to prevent an oncoming attack and commence a quick counter.

#9. Fernandinho (Brazil) – Manchester City (Barclays Premier League)Fernandinho, the recently signed midfielder for Man City, is the kind of player you want to help build your attack. His skills include 85 Short Passing, 84 Long Passing and 84 Ball Control. But, he’s also quite fast thanks to his 83 Acceleration, 83 Sprint Speed and 82 Reactions. With this Brazilian commanding the middle of the pitch, most defences will need to be quick-witted to stop him.

Another Brazilian on the list at number eight is Paulinho, who has one of the highest Stamina ratings. His 92 rating in that category means you’ll be able to depend on him for the entire 90 minutes without fear of fatigue. He’s also excellent in set-piece opportunities thanks to his 88 Jumping, 83 Ball Control and 81 Positioning.

Don’t be fooled by the 79 Overall rating for Ben Arfa. Where he lacks in Tackling, he more than makes up for in his physical capabilities. His 88 Dribbling, 86 Agility, 85 Acceleration and 83 Ball Control make him a key factor for teams needing a right midfielder who can quickly streak the ball up the touchline.

The Frenchman Matuidi is another player you can rely on for the full 90 minutes. His 91 Stamina ensures he’ll be dependable in the very important defensive midfielder role. He also commands that position thanks to his 88 Interceptions, 84 Aggression and 83 Reactions. While Matuidi might not be called upon to score goals for your Ultimate Team, you know it will be tough for your opposition to score on you.

Speed is what makes this 26 year-old Belgium midfielder so popular. His 90 Acceleration and 86 Sprint Speed compliment his 87 Dribbling well. Those stats, coupled with 80s Ball Control, Crossing and Short Passing, make Mirallas a strong option on a counterattack with a striker streaking down the wings.

Pogba is the third Frenchman on this list and he’s quickly becoming one of the most popular players in the world and a player most Ultimate Team squads love to have in their Starting XI. His 87 Strength makes him one of the tougher players to stop, and he’s also great on the attack with 86 Shot Power, 84 Short Passing, 83 Long Shots, 83 Ball Control and 82 Long Passing.

Although the 22-year old De Bruyne is still waiting to make his mark with Chelsea, Ultimate Team owners have already grown to depend on him. Part of the trendy Belgium National Team, De Bruyne is a great option to help commence an attack, thanks to his 85 Stamina, 83 Long Shots and 82s in Sprint Speed, Dribbling, Ball Control and Positioning. If he can command the top of the penalty area, defenders better be quick to react if they hope to stop what follows.

If you want your offense to play down the flanks, Elia is your best option on the left side. While his 76 Overall might not stand out for the casual player, once you learn of his physical skills, you’ll understand his popularity. The 26-year old has a 92 Acceleration and 91 Sprint Speed, which is incredibly beneficial on the counterattack. When you combine that with his 87 Dribbling and 85 Agility, you can be certain that oppositions will have a hard time stopping him and potential goal-scoring opportunities.

Topping the list of popular midfielders is Luiz Gustavo. The Wolfsburg defensive midfielder is 81 Overall and a fantastic choice for Ultimate Team squads needing a dependable player on the backline. His 88 Sliding Tackle and 87 Standing Tackle are further highlighted by his 88 Aggression and 85 Interceptions. Combine those fantastic ratings with his 85 Stamina, 83 Reactions and 80 Short Passing, and you can help build up your own attack and create a goal-scoring opportunity.

#10. Alexandre Pato (Brazil) – Corinthians (Liga do Brasil)Following six seasons in Italy, Alexandre Pato returned to his native Brazil and joined Corinthians. The 24-year old striker brings a lot to the pitch, primarily strong physical ability which include 90 Sprint Speed, 86 Acceleration and 85 Ball Control. With those ratings, you can be certain that plenty of goal scoring opportunities will take place when he’s playing up front.

#9. Pierre-Emerick Aubameyang (Gabon) – Borussia Dortmund (Bundesliga)After making waves in France, the Gabon international joined Borussia Dortmund over the summer and has continued to be absolutely incredible. Aubameyang is another speedy striker you’ll want to have thanks to his incredible 96 Acceleration and 95 Sprint Speed, both of which are deadly if the opposition is not well-prepared. Factor in his 82s in Finishing and Reactions, 81 Positioning and 80 Stamina, and you’ll see why defences should take notice and mark him with two defenders.

Torres is an 82 Overall, and he has one of the best volleys in the game. His 86 Volley is further highlighted with 84s in Shot Power, Ball Control and Finishing. Adding in 83 Dribbling, 81s in Reactions and Positioning and 80 Long Shots means that he can score from just about anywhere on the pitch.

Strong real-world play has Sturridge amongst the most popular strikers in Ultimate Team, and the Englishman’s speed which includes 90 Sprint Speed and 89 Acceleration make him hard to catch. He’s also great with 85 Dribbling, 83 Finishing, 82 Shot Power and 81s in Ball Control and Positioning. By being able to outrun defenders and maintain possession of the ball, you’ll want to be ready to ride the wave after you put one in net.

Playing on the Left Wing, Podolski stands out in large part due to his incredible 91s in both Shot Power and Volleys. He’s definitely your go-to guy from long range with 87 Long Shots, 86 Finishing and 80 Curve. But Podolski’s 87 Penalties also mean that he’s deadly from the penalty spot. If you manage to get taken down in the box, it could easily equal a goal.

FIFA 14’s North American co-cover athlete is an absolute beast physically. Don’t let his 175 cm (5 ft 9 in) size fool you. Chicharito can devastate defenses thanks to a number of factors including 89 Acceleration, 88s in Finishing and Positioning, 87 Sprint Speed, 85 Jumping, 84s in Balance and Reactions, 83 Heading Accuracy and 81 Agility. He might not be all that strong, but with all his other ratings, he’s still a very hard guy to stop.

Another member of Liverpool makes the Top Ten, and once again he owes his popularity to his speed. Sterling is hard to catch thanks to his 92 Acceleration and 91 Sprint Speed. Although he doesn’t stand out with high ratings in the shooting categories, his 88 Agility, 85 Balance and 82 Dribbling make the 76 Overall Left Winger a perfect option for those Ultimate Team users who rely on moving the ball along the flanks.

Mandžukić is an excellent option on the attack but the first thing that stands out when looking at the Croatian is his incredible 91 Heading Accuracy and 86 Jumping. If you have a strong player to cross the ball into the area and if Mandžukić is there to get his head on it, expect a goal to follow. His 90 Aggression and 84 Strength help make him an 83 Overall. He is strong enough to maintain possession, able to finish and put plenty of power on the ball.

Speed and Heading are two key factors most Ultimate Team users look at when building their squads. Newcastle’s Loic Rémy possesses both of those in spades. In the speed department, the Frenchman’s 93 Sprint Speed and 89 Acceleration make him almost impossible to catch. His 91 Jumping only makes his 81 Heading Accuracy even more important. He might not be your go-to option to dribble the ball through the defence, but if your squad possesses the speed, dribbling and passing elsewhere, a counterattack can be absolutely deadly.

Belgium is expected to go far in this June’s FIFA World Cup and their popularity in Ultimate Team is clearly evident. The most popular striker is Aston Villa’s Christian Benteke. Although some people may be thrown off by his 79 Overall, you can clearly see why he’s so sought after when you examine his traits. He is one of the strongest strikers available with 90 Strength, but he’s well balanced with 83 Finishing, 82s in Acceleration and Shot Power, 81s in Jumping and Sprint Speed and 80s in Penalties and Aggression. If you need a striker with a wide range of talents, Benteke is one of your best options

Matt Cuttle and Darren Cross talk through ways to effectively defend corners in the latest episode of The Boot Room:

The last thing we have today are the Best Goals of the Week – Round 11 from EA Sports: