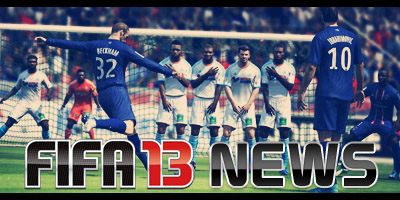 Tune in for the latest FIFA 13 news! We’ve got lots of updates this week, so be sure to check this post!

As you know, last week EA released a new FIFA 13 patch update only for PC. From today that patch update is available on the Xbox and PS3 consoles! This is what the new update contains:

FIFA 13 Ultimate Team of the Week 22 was revealed a few days ago featuring the next IN-Form players:

Alaba and Michu have previously had IF releases.

Pick up these in-form players in packs from 6PM GMT on 13th February – 20th February.

After the final between Nigeria and Burkina Faso at the African Cup of Nations, EA Sports released the Team of the Tournament in packs featuring many IN-form and MOTM cards. You can see the AFCON TOTT here.

Here you can see all the January Transfers from the last FIFA 13 database update from EA Sports.

Remember that there will be another transfers update at the end of February!

Thanks to the January database update there were also updates and upgrades in Ultimate Team 13. Below you can see all the details from EA Sports about the update:
• This upgrades batch includes 33 players, most of which are Gold players.
• There are no plans right now to upgrade more Gold players, but batches of Silver/Bronze players will come in the next week or two.
• There are a few players in the list that have had a previous in-form item as well. While we understand that these upgrades can influence the value of those items, we felt the upgrades were significant enough to make the change. We also have no plans right now to upgrade any more players that have had a previous in-form item.

And here are the links for the full FUT13 transfers & upgrades. If you pay attention to the list you can see that there were many youth players added like M’Baye Niang, Suso or Razak.

– How to Earn FIFA 13 Ultimate Coins with Packs (FIFAUTeam)

This week Darren Cross from Match Magazine talks us through shooting in different situations in episode #11 of The Boot Room series.

Thanks to Valentine’s Day, EA decided that from today until Monday they will give away daily gifts in FUT13 web app! Beside that, there will be more Happy Hours over the weekend!