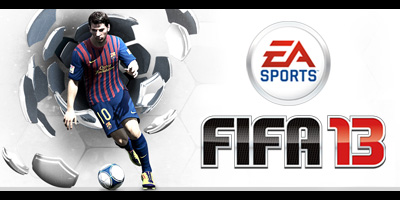 With the end of the press conference of EA at the E3 2012 we’ve got more news about the features that FIFA 13 will have!

The first feature presented at the E3 is the Kinnect (Xbox 360) compatibility with FIFA 13:

Check out the next video that shows you how the Kinnect works with FIFA 13:

Pay attention at 1:35 and you can see the manager visible on the side of the pitch!

Now let’s pass to the real FIFA 13 presentation where Matt Bilbey presented the new improvements of the EA SPORTS Football Club that will be available with Ultimate Team 13 as an application for iPhone,iPad & Android!One great feature will be the ability to carry your Fifa 12 online level to Fifa 13 when it releases!Also you will be able to earn rewards with the new EASC Reward System where you can unlock items from the new Football Club Catalogue such as kits, special celebrations, virtual pro attribute boosts, Career Mode super scout credits, FIFA 13 Ultimate Team coin boosts, and extra matches in Head-to-Head Seasons mode.Bellow you can check some screens featuring everything we just said:

That’s it folks!See you soon with more news regarding FIFA 13!