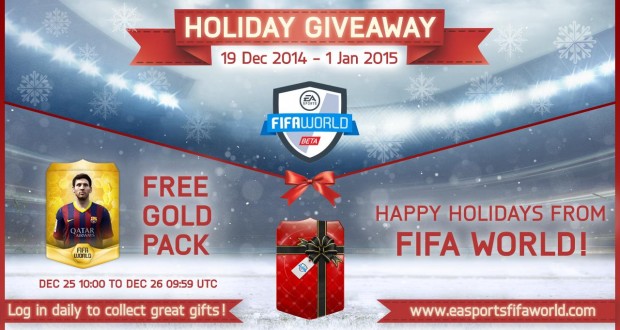 IF Diego Lopez, IF Vidal and SIF David Silva are the main stars of this week’s TOTW:

These IN-Forms will be available in packs until December 31st!

The first MOTM cards of the season are now available in Ultimate Team with Sergio Ramos and Gonzalo Higuain as their first owners.

Last week we’ve told you to prepare your Barcalys Premier League squads because some really good BPL tournaments were about to follow and here they are:

The featured squad of the week is this amazing BPL team featuring Aguero, Hazard and Yaya Toure that will give you a hard time to win against them especially on the World Class and Legendary difficulties:

No more that 15 accomplishments are up for you to achieve with some really nice rewards:

See you next week fellas with more FIFA World updates!