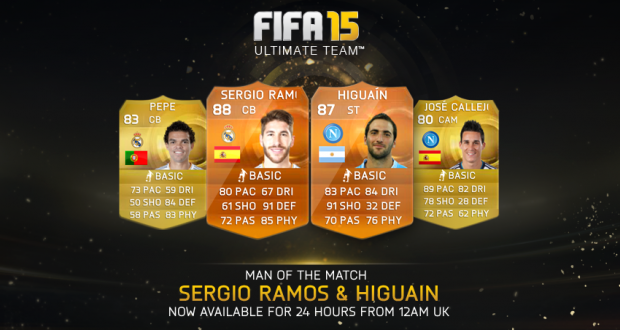 Many of you hoped to relax with a match of FIFA during the Christmas holidays but the servers had other plans instead. Since December 24th until today the Sony (PSN), Microsoft (Xbox Live) and EA servers barely worked causing massive rage around the community. The reason of these server issues was due to a heavy DDOS attack directed at Sony and Microsoft servers which subsequently affected the EA servers as well. Beside that, the huge number of players trying to get online to play FIFA didn’t helped much either. As of now the servers are gradually coming back online on all platforms but there may still be some downtimes until tomorrow morning.

Once these steps are done, you can report any missing content through EA’s Missing Items web form for FIFA 15.

Remember to not give your FUT login details or security question answer to anyone! Also avoid clicking on suspicious links that tells you to claim free packs or coins because those are phishing links and will get your account compromised! For more details on how to stay safe please read this article.

These in-form players will be available in pack from 24th December 6:00PM – 5:30PM 31st December. You can view the team in the Web App  or more detailed at FUTHead or FUTWiz.

After the FUTMas pack offers and giveaways it was obvious that a  special tournament dedicated to this event would have made its way in the tournament section:

This week Eden Hazard and Tim Howard got their own special Pro Player cards in FUT 15 as a Christmas gift from EA Sports:

The web is full of great FIFA 15 articles and tips and here you have the best of this week:

– FIFA 15 – Diving, Corner Kicks and other Tips for Advanced Players

– Interview with BorasLegend – “It’s all about practice, practice and practice”

Sergio Agüero, Samir Nasri, Yaya Touré and Dedryck Boyata decided to measure their skills in the FIFA 15 Manchester City Player Tournament and see which one of them is the best FIFA player:

And last but not least, the official Best Goals Of  The Week #8 is now up on YouTube with some crazy goals from Navas and Lacazette:

Thank you for reading this FIFA 15 news roundup post! See you next week folks!