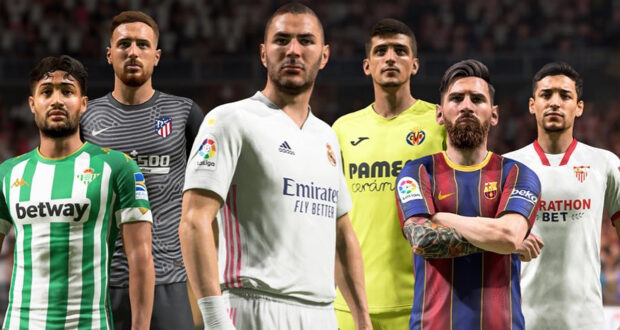 The TOTS promo continues with another release of special blue cards, this time for La Liga Santander!  The best players from the Spanish top-flight this season are now available in packs with big-names like Lionel Messi, Jan Oblak or Karim Benzema featuring in the team.

There are plenty of players that have been performing at the highest level during the 2020/21 campaign but the ones who managed to make the 15-players squad are: 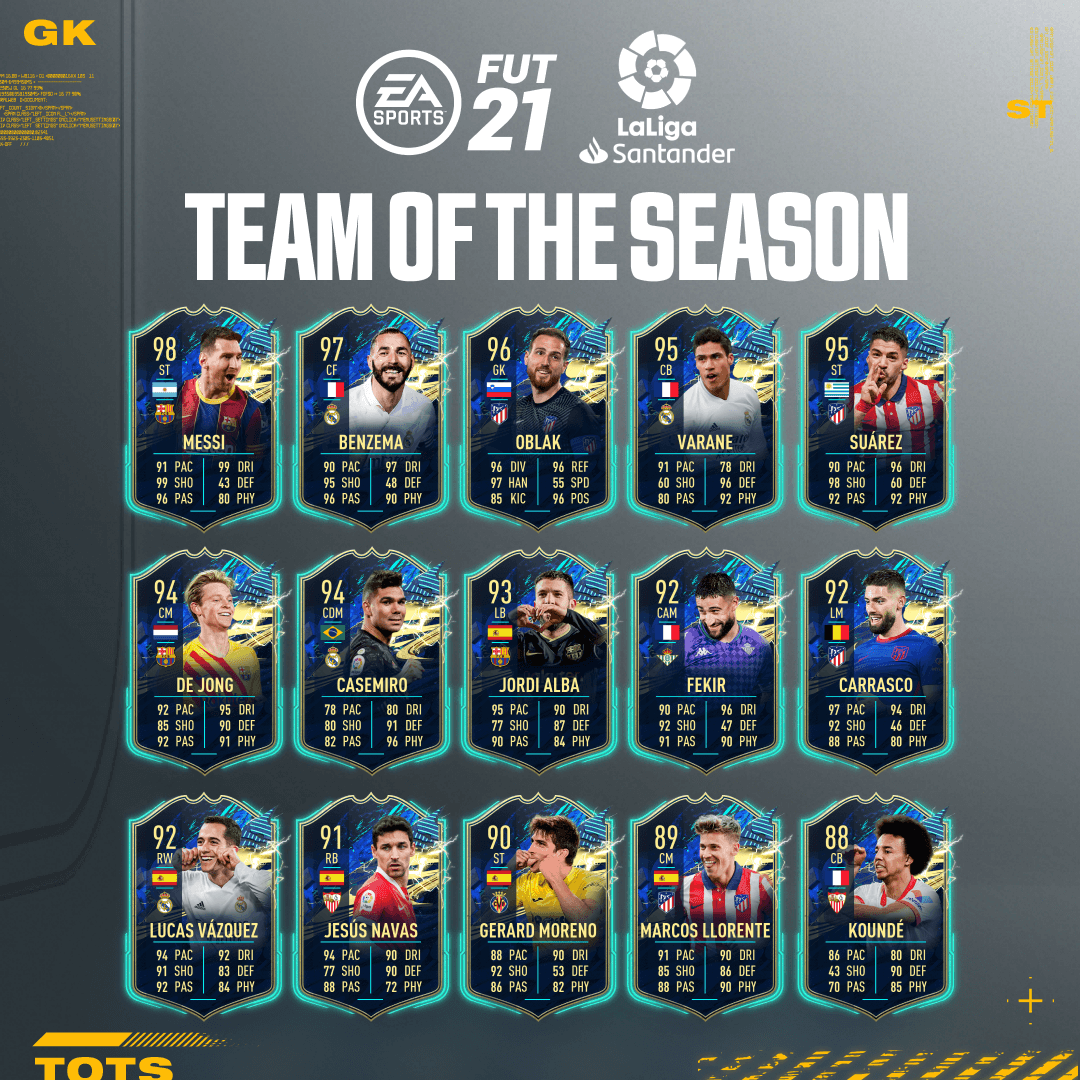 All these players will be available in packs until next Friday, May 14th!

If you check the FUT 21 SBC section you will find quite the selection of new SBCs: 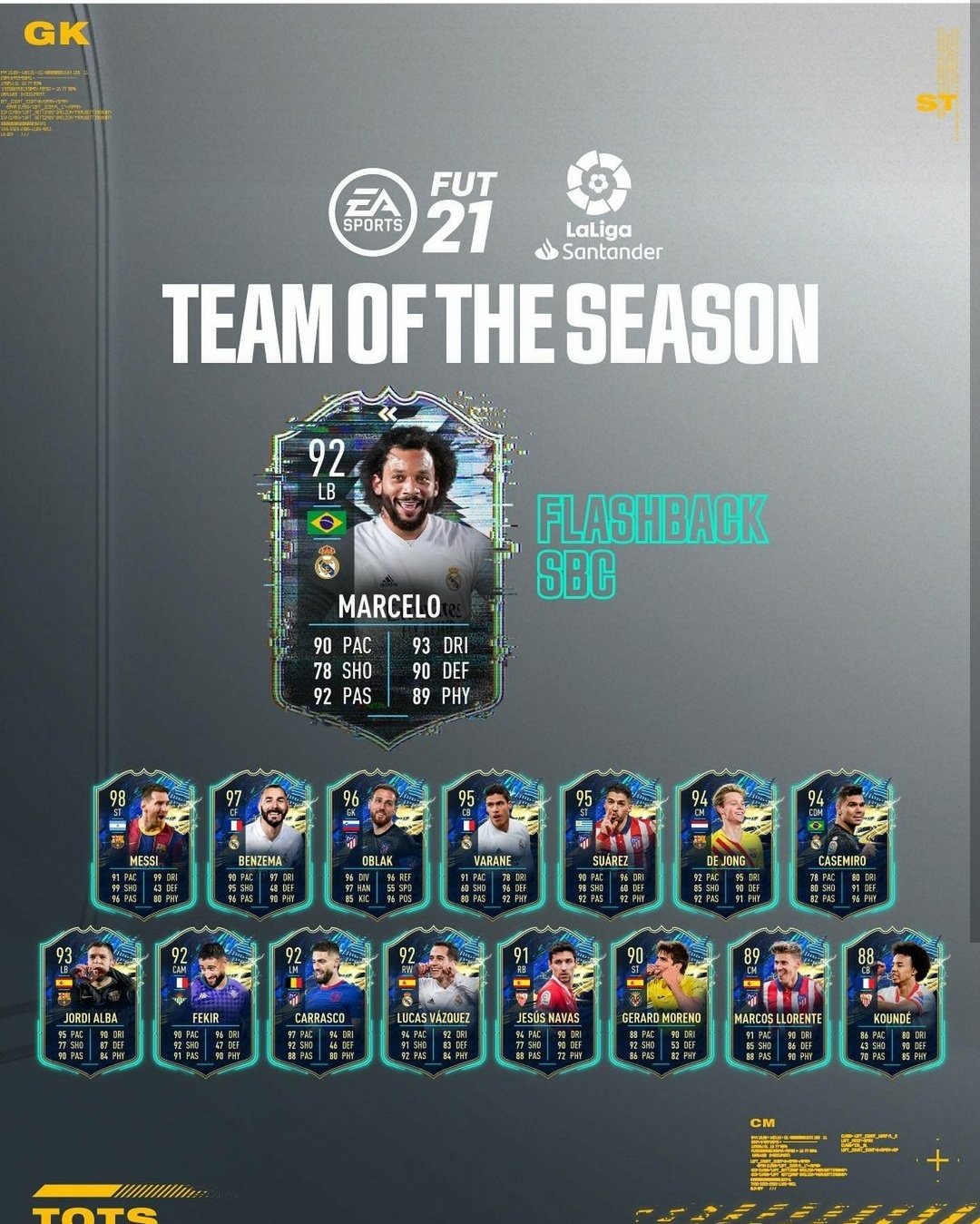 In addition to the players above, you can unlock another two La Liga TOTS players via Objectives. William Carvalho (89) and Alexander Isak (92) can join your club if you complete the next in-game requirements: 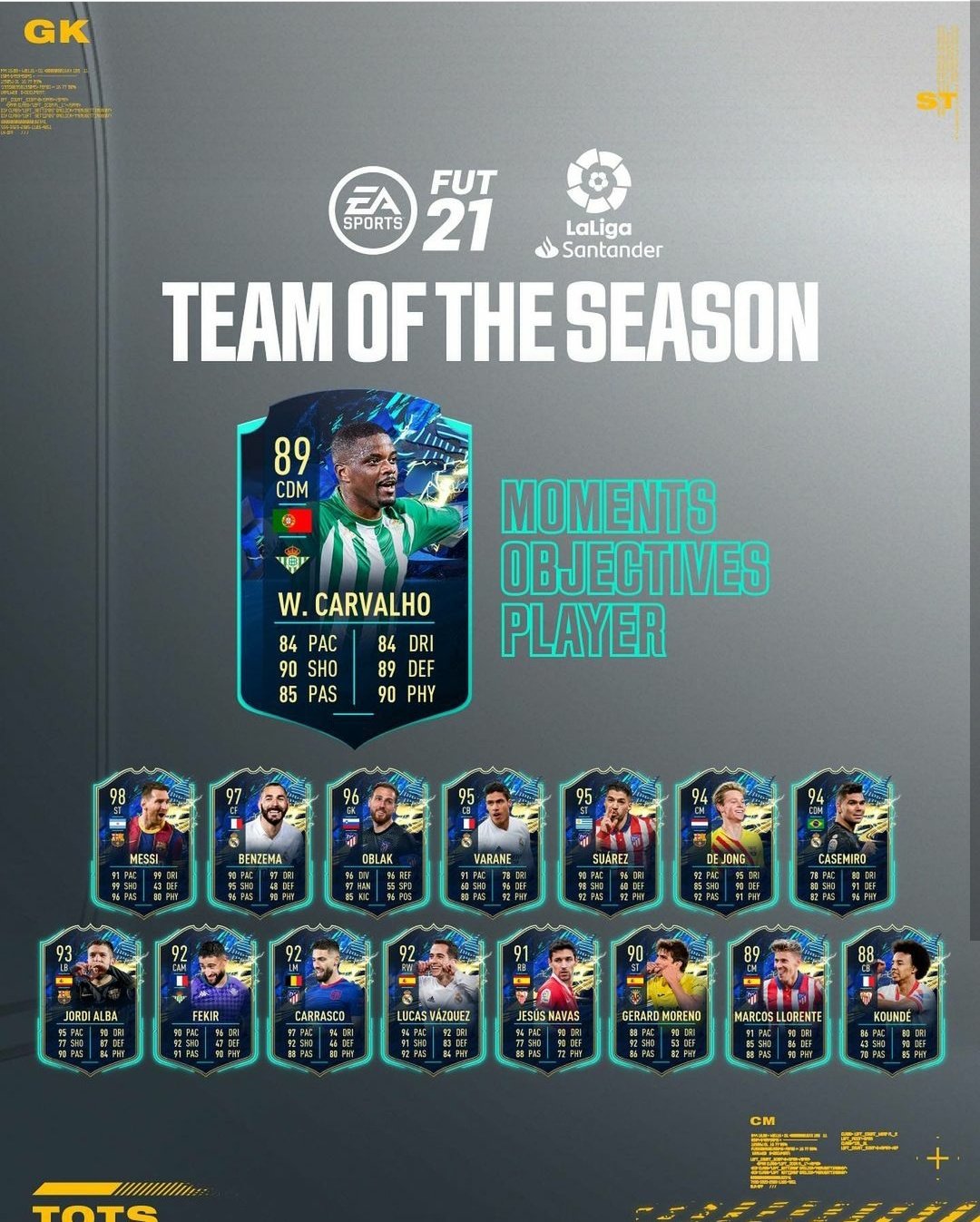 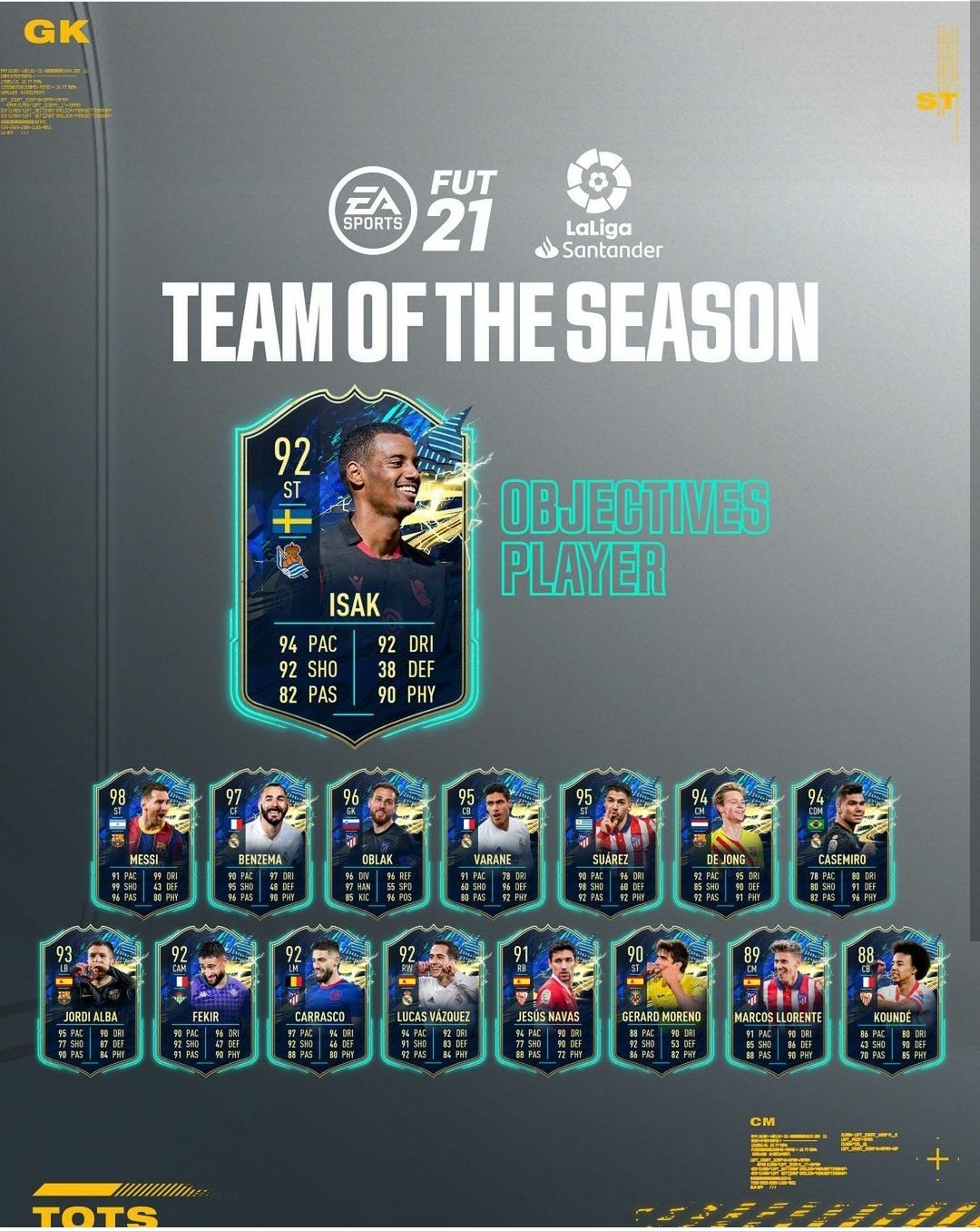 Both of these objectives will expire on May, 14th.

If you’re up to complete more in-game objectives, EA Sports released the 6th Season Objectives that include 6 new Objective Players:

6️⃣ The Season 6 Objective Players have been revealed! Which ones will you be picking? 🎯

If that wasn’t enough content, you can also pack the following recently released MOTM players: 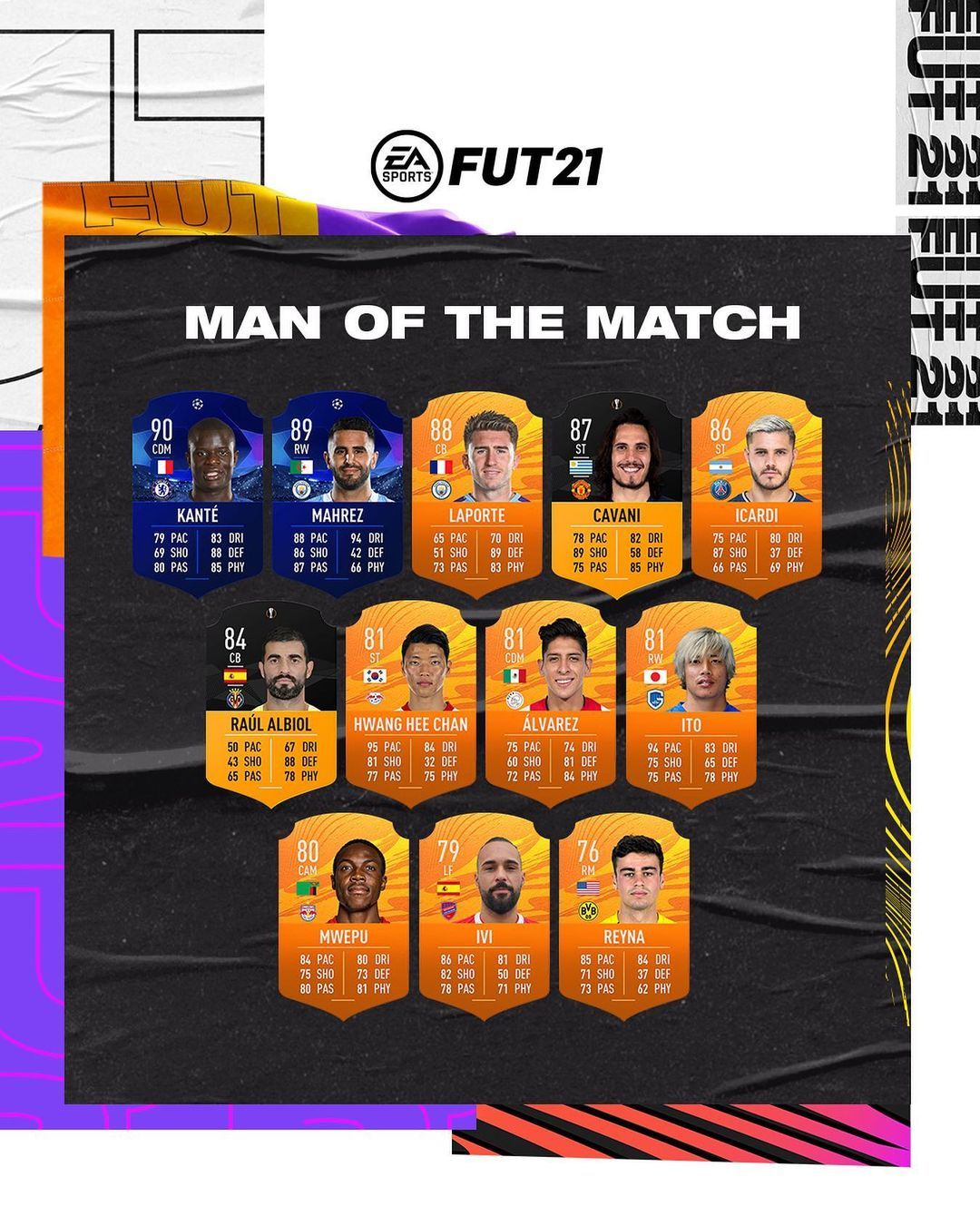