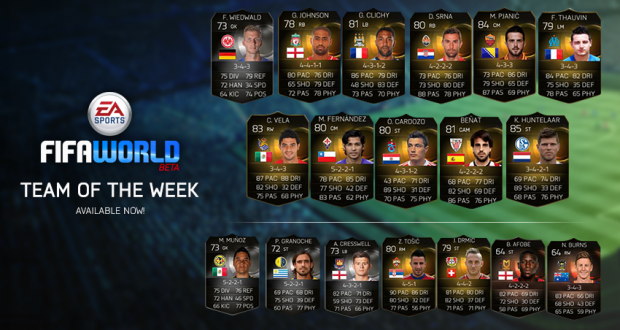 The 10th TOTW is out in Ultimate Team with IN-Forms such as Vela, Pjanic or Cardozo:

These in-forms will be available in packs until December 10th!

Another set of accomplishments are live in FIFA World where you can get great rewards for scoring with MLS or K-League players:

There are new tournaments as well in the game:

The featured squad of the week is this MLS hybrid featuring King Henry that you can play against in the TOTW section:

That ends our roundup for this week. See you next time!