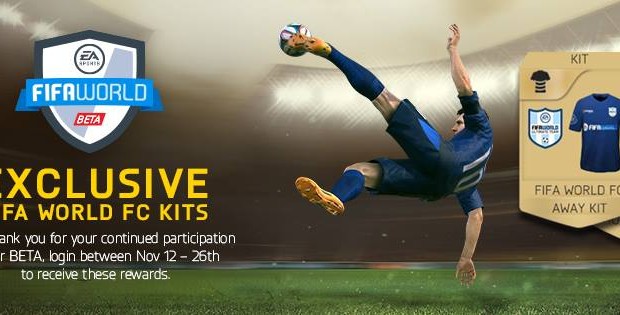 We thought to add a new segment to our weekly posts on FIFA Infinity and that is a news roundup post for FIFA World! Once a week or every two weeks we will cover the latest news and updates on the growing MMO game. So let’s start with this week’s news:

Last Thursday, the 9.1 update was released adressing the following issues:

This is the first patch released after the biggest update in the history of the game, the 9.0 Release. You can find more about that update here or by watching this trailer:

As most of you know FIFA World has its own Ultimate Team mode and same as the FIFA 15 FUT mode, TOTW is also featured and released in packs. If you’re lucky enough in pack openings you can find SIF Tevez, IF Muller and other great IN-Form players like:

These in-forms will be available in packs until November 19th!

New accomplishments are available for you to complete in the game such as the English, Italian, German or Spanish Record Breaker:

There’s not much time left to complete these challenges so hurry up if you want to get some free packs!

A new tournament is also available if you want to cash in a nice amount of coins. If you want to participate in the Nations Cup you’ll need two English and two Spanish players in your first XI. The difficulty is set on World Class and the grand prize is 8000 coins.

If you feel like opening some packs this weekend, there are two special pack offers available in the FUT Store:

This week’s Featured Squad is a Belgian/Welsh hybrid and you can challenge it for eight times in the TOTW section together with this week’s TOTW.

Two FIFA World FC exclusive kits can be yours if you simply login to the game today. These kits come as a thank you from EA Sports for the participation in the BETA.

That ends our first news post on the FIFA World game. Will see you next week if we will have enough FIFA World news to fill up a post.