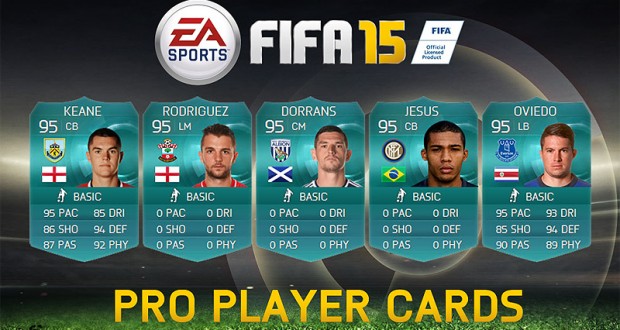 FUT United is back again this year for an amazing weekend with big giveaways, special tournaments and more happy hours for all FUT 15 players. This year’s prizes consist of:

To enter in this giveaway all you need to do is win a FUT 15 match across any mode (Seasons, Tournaments and Challenges), both online or offline.

The giveaway will close tonight at 11:59 PM GMT!

SIF Tevez leads this new TOTW that is already released in packs as we speak:

These in-form players will be available in pack from 12th November 6:00PM – 5:30PM 17th November. You can view the team in the Web App  or more detailed at FUTHead or FUTWiz.

For our best FIFA 15 related articles and guides section we have these wonderful pieces:

– How to make FUT 15 coins without any Risk

– What FIFA can learn from League of Legends

It’s Barca’s turn to compete in the FIFA 15 Player Tournament this week having Messi, Neymar, Alves, Piqué, Alba, Rakitić, Bartra and Munir competing for the trophy:

See you again next week with more FIFA 15 news!