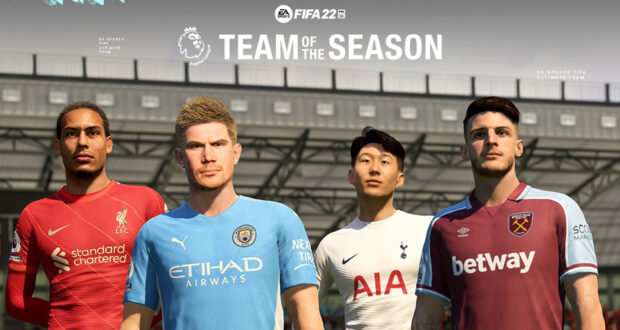 The votes have been counted and the results are in for the Premier League Team Of The Season. The best players of the 2021/2022 Premier League season are now live in FIFA 22 Ultimate Team with players such as Cristiano Ronaldo or Kevin De Bruyne in the spotlight.

*Your* Community Team kicks us off, with new #TOTS squads dropping each week. 🙌 pic.twitter.com/0pqzOpptZB

The full Premier League TOTS roster features no less than 15 players, all with boosted stats to reflect the performances and quality they’ve shown on the pitch this season. Here’s the full lineup: 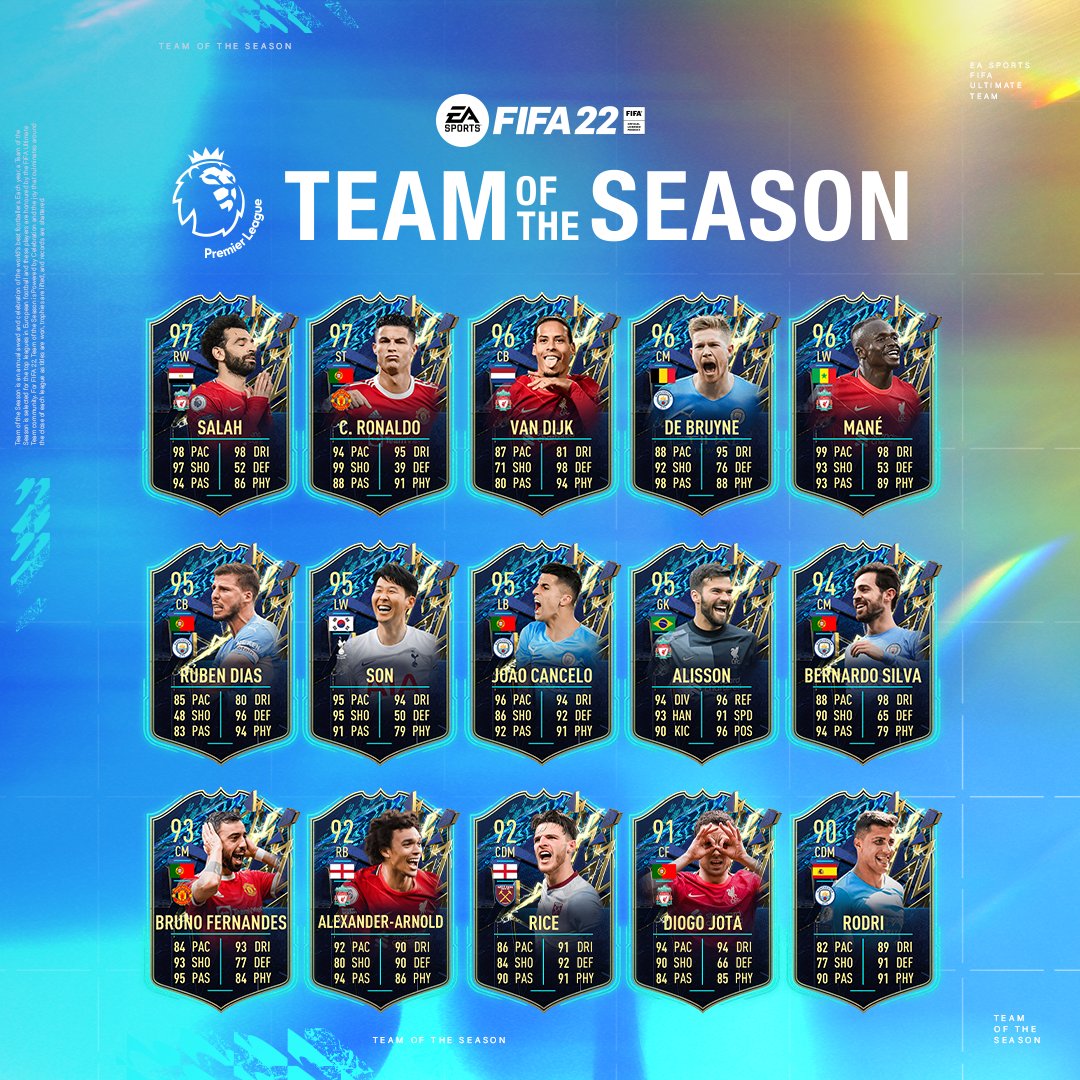 These amazing cards will be available in packs until Friday, May 13th.

To complete the lineup, EA Sports dropped another two TOTS cards for this promo that you can unlock in-game via Objectives. Here’s how you can get TOTS Moments David De Gea and TOTS Bukayo Saka in your FUT 22 club: 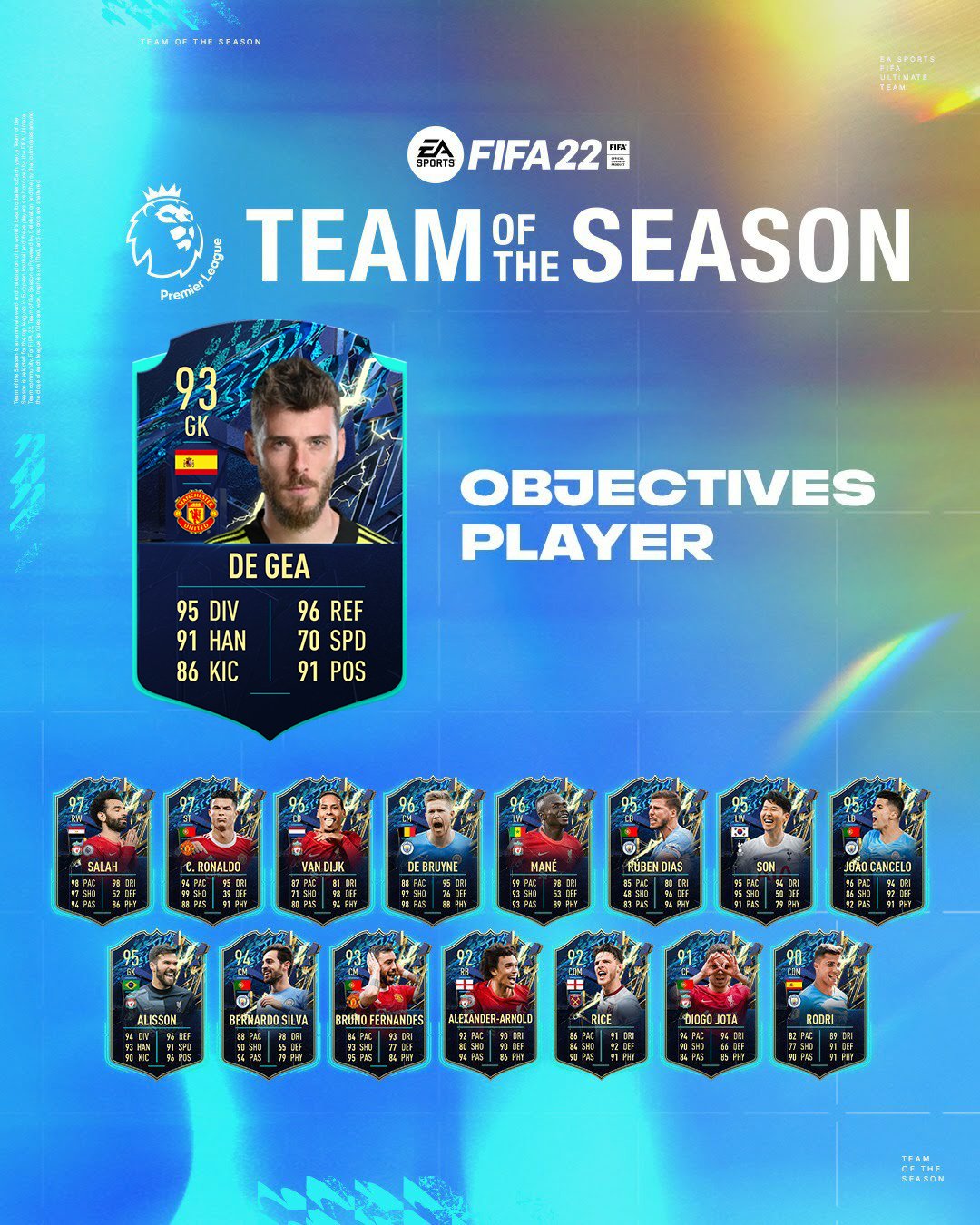 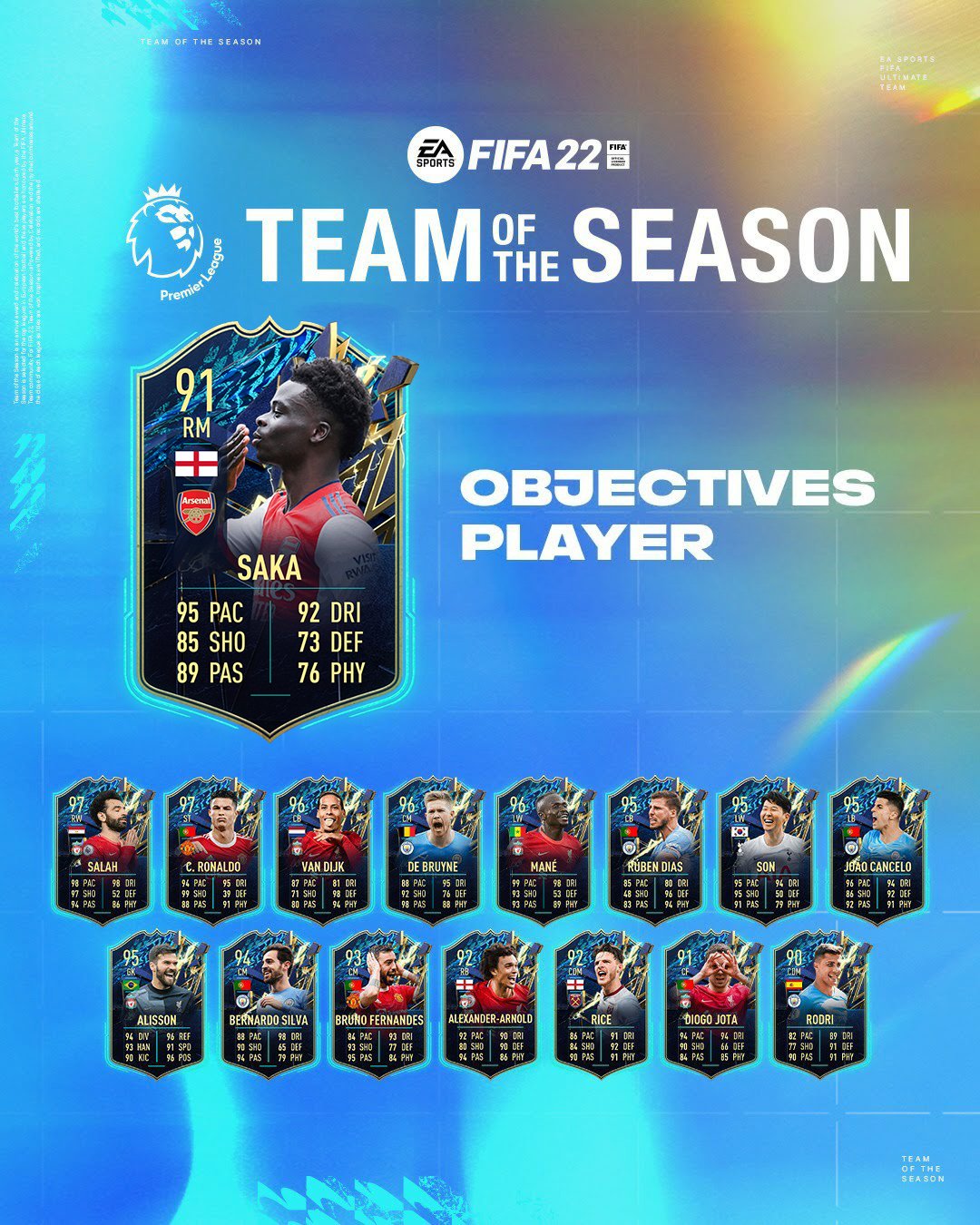 Both Objectives will expire Friday, May 13th.

What’s the best way to top an awesome promo? With a Flashback SBC of course! 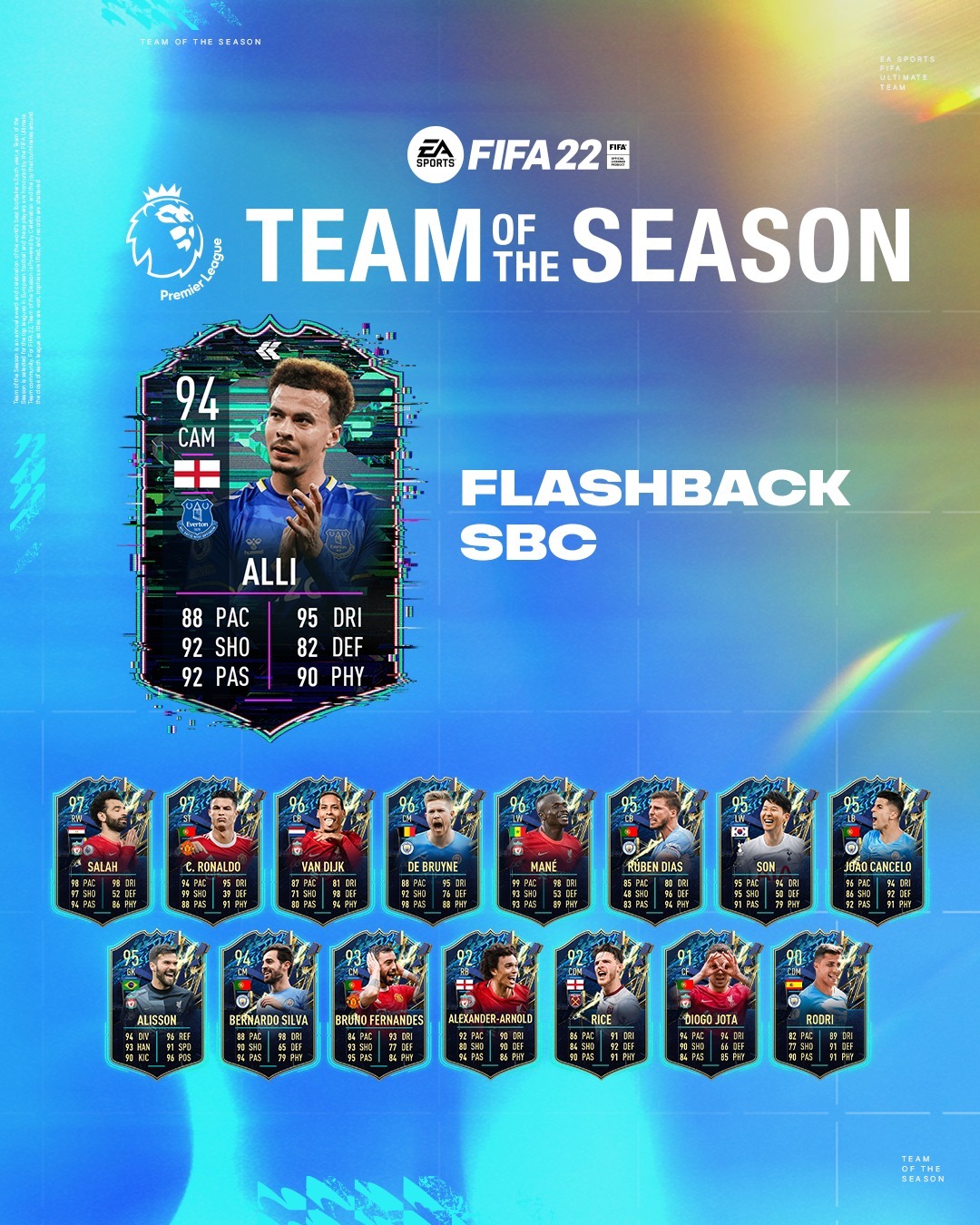 The SBC is set to expire on May 20th.

EA already confirmed the official release dates for each TOTS this year and they are as it follows:

📅 Here're the official release dates for all the TOTS squads that'll be coming over the next month & a half. ⚡

ℹ️ Each squad will be in packs for an entire week, except for the Eredivisie squad, which is available until next Sunday (May 8th).#TOTS | #FUT pic.twitter.com/3fXivk9kki

Don’t forget that the starting 11s of the Premier League, Bundesliga, and LaLiga Santander Teams of the Season are fan-voted! To cast your votes please check the official FUT 22 TOTS page.