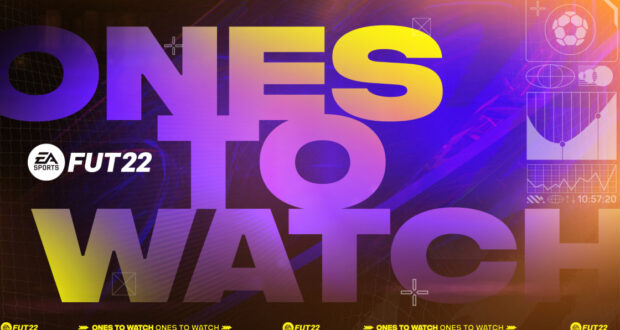 FIFA 22 is finally available worldwide and gamers all over the world can start grinding Ultimate Team and build their Ultimate XI.

The first traditional FUT promo in FIFA 22 has just been announced with the first special dynamic cards hitting the packs today thanks to Ones To Watch Team 1.

What Are Ones To Watch?

Ones To Watch (OTW) are special dynamic items that celebrate the biggest moves during the summer transfer window and receive upgrades based on real life performances during the 2021/22 domestic season.

A 🌪️ Transfer Window means 🔥 #OnesToWatch in #FIFA22 for the @premierleague.

Pre-Order Ultimate Edition now to get a Ones To Watch item in #FUT
👉 https://t.co/Llk8ZVmfK3 pic.twitter.com/5E0MC8xrsQ

These special cards will get upgraded when a player receives an in-form (IF) like Team of the Week (TOTW) or Man of the Match (MOTM) in FUT 22. This year OTW players will also be upgraded via the brand new ‘Wins to Watch’ mechanic that will enable a one-time +1 in-form upgrade if their team wins five out of their next ten domestic league matches starting from October 1, 2021. The OTW players will receive the upgrade even if they don’t feature in the games as long as their clubs win.

In case an OTW player changes clubs during the season and receives an IF at their new clubs, their OTW item will be updated with the player’s new club and latest IF rating.

This year there will be two OTW teams released in packs. The first team is already out and includes the following 11 players: 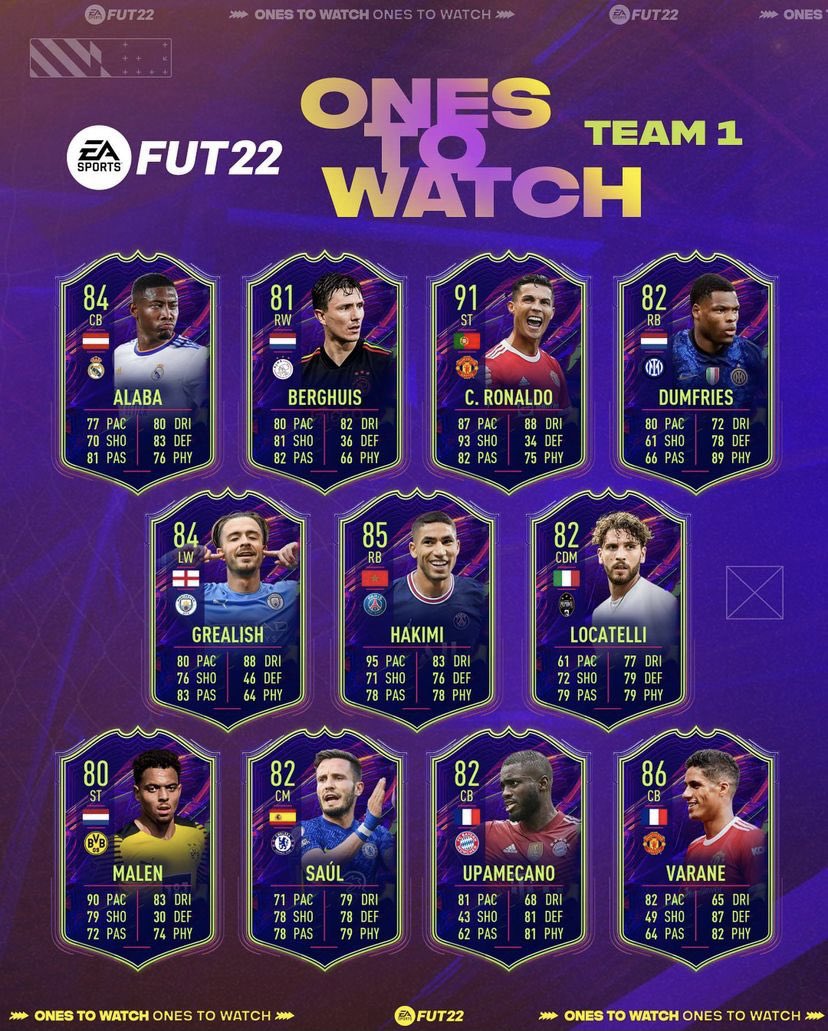 These cards will be in packs until Friday October 8th when the second team will be dropped at 6PM UK.

With every promo there has to be some themed SBCs included. This weekend you will be able to complete two OTW related SBCs, one for RB Leipzig’s new striker, André Silva and another one featuring Al Nassr’s new marquee signing, Anderson Talisca. Here are the details to complete both SBCs: 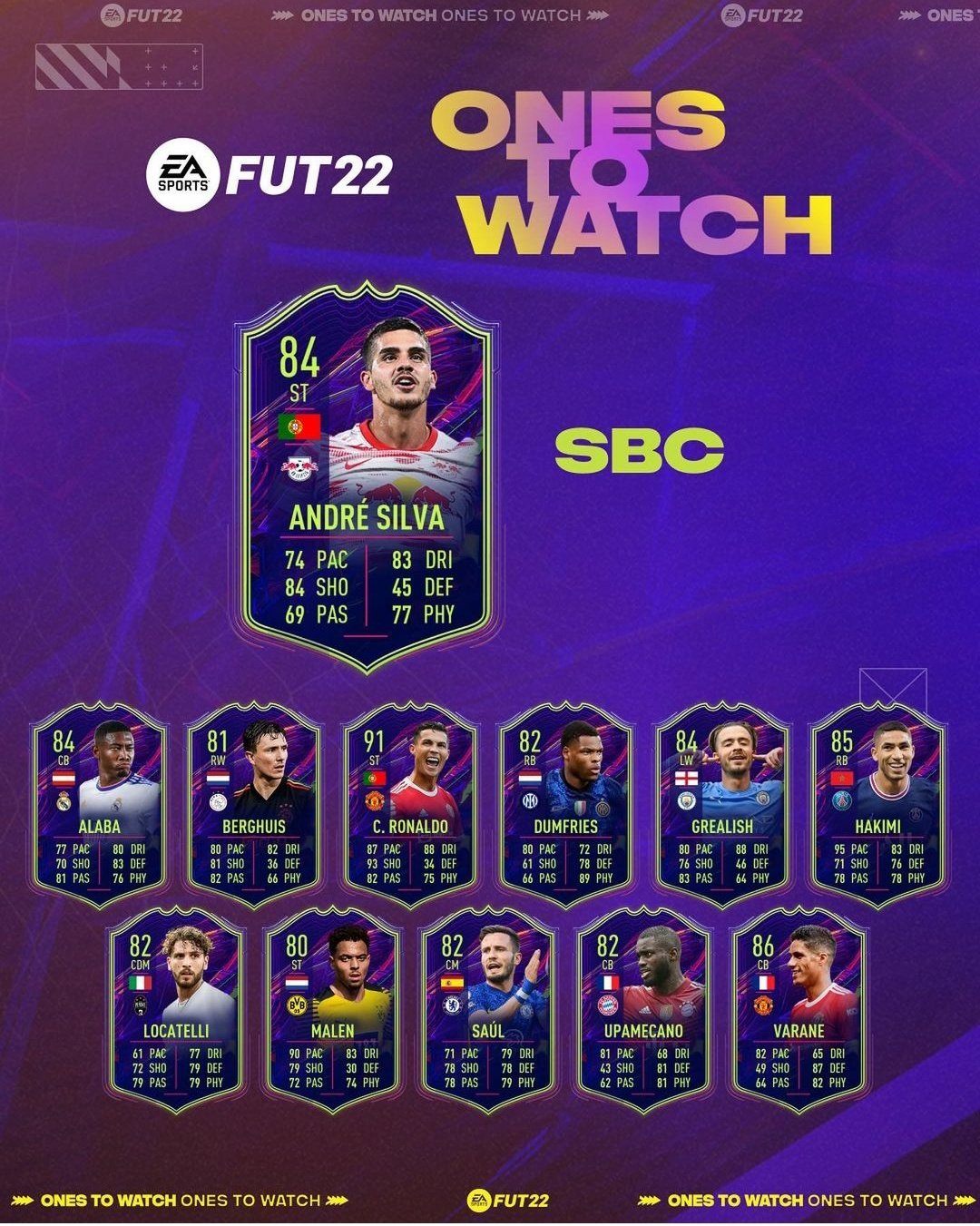 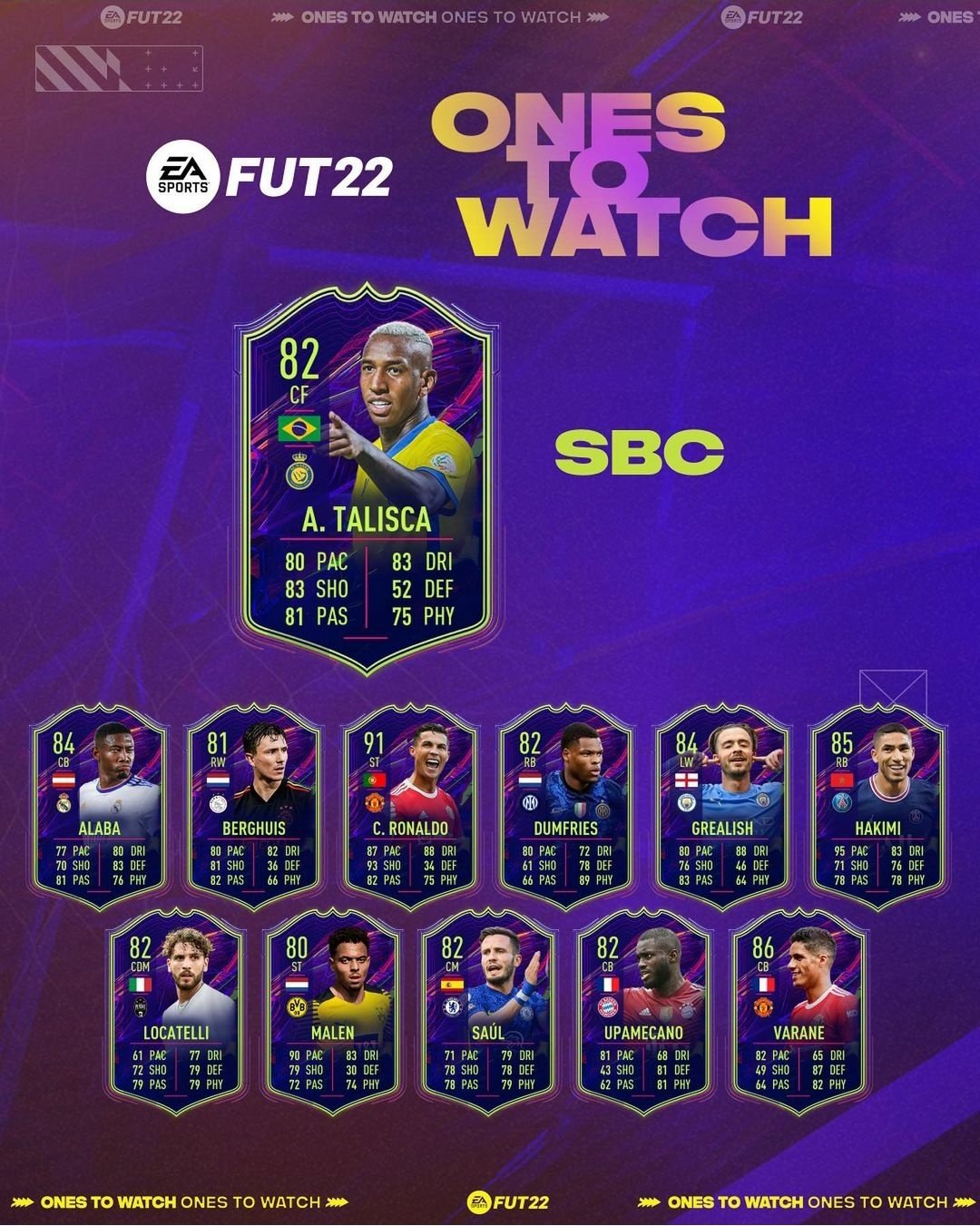 If you’re up for grinding some matches in FUT 22 and get some neat rewards, then be sure to complete the Eduardo Camavinga & Justin Kluivert OTW Objectives. Here’s what you have to do in order to get them: 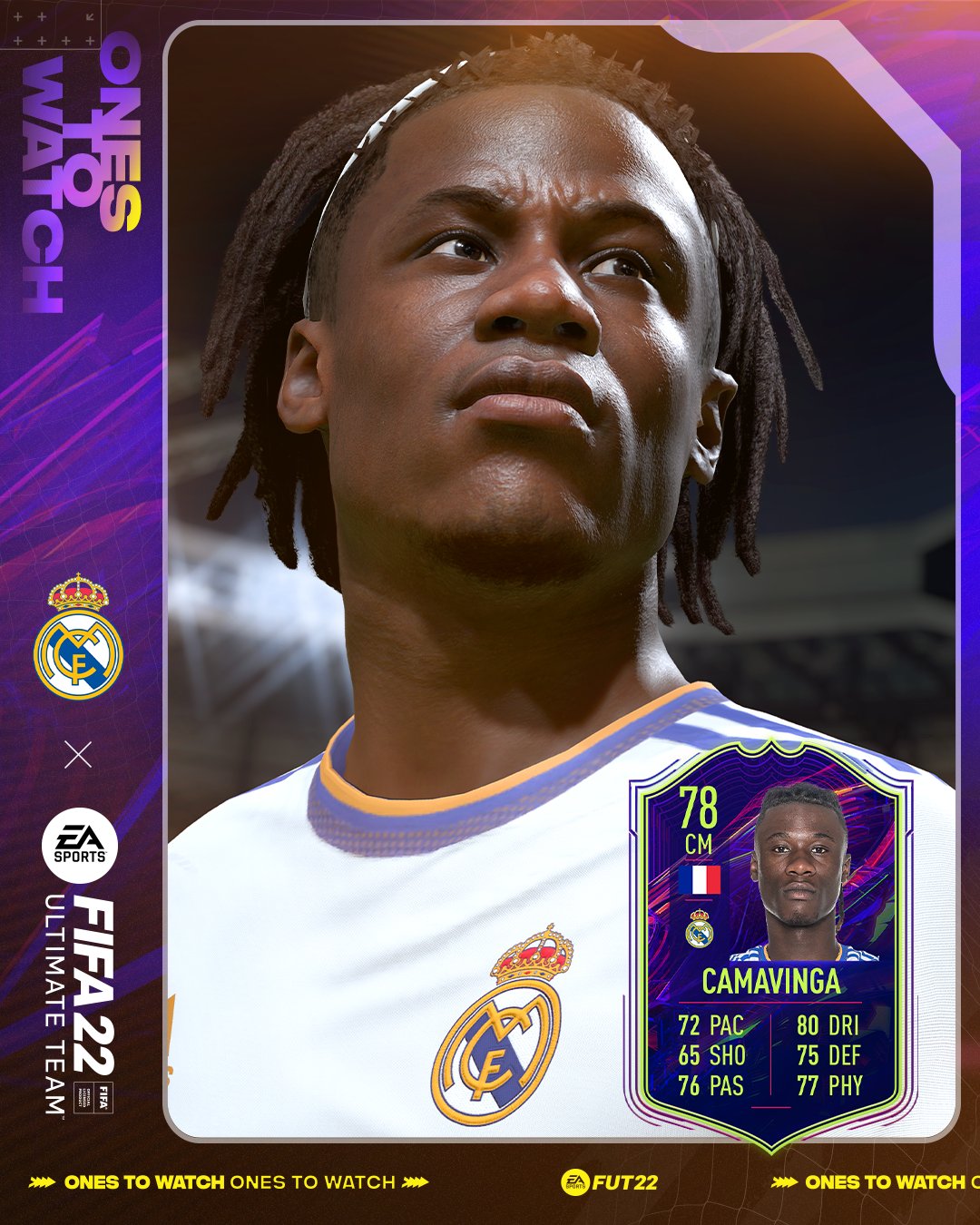 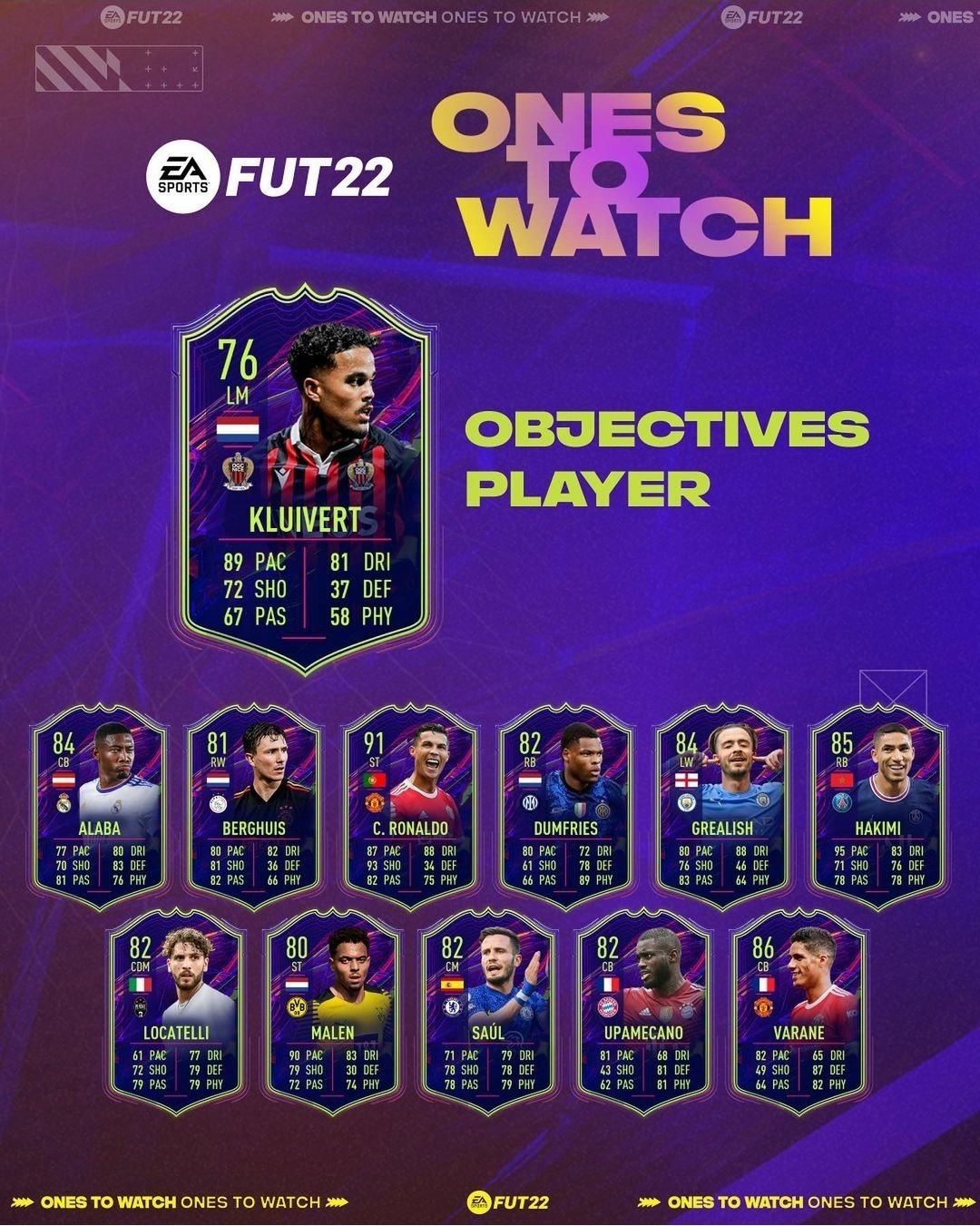 Three new OTW players have been added in packs: 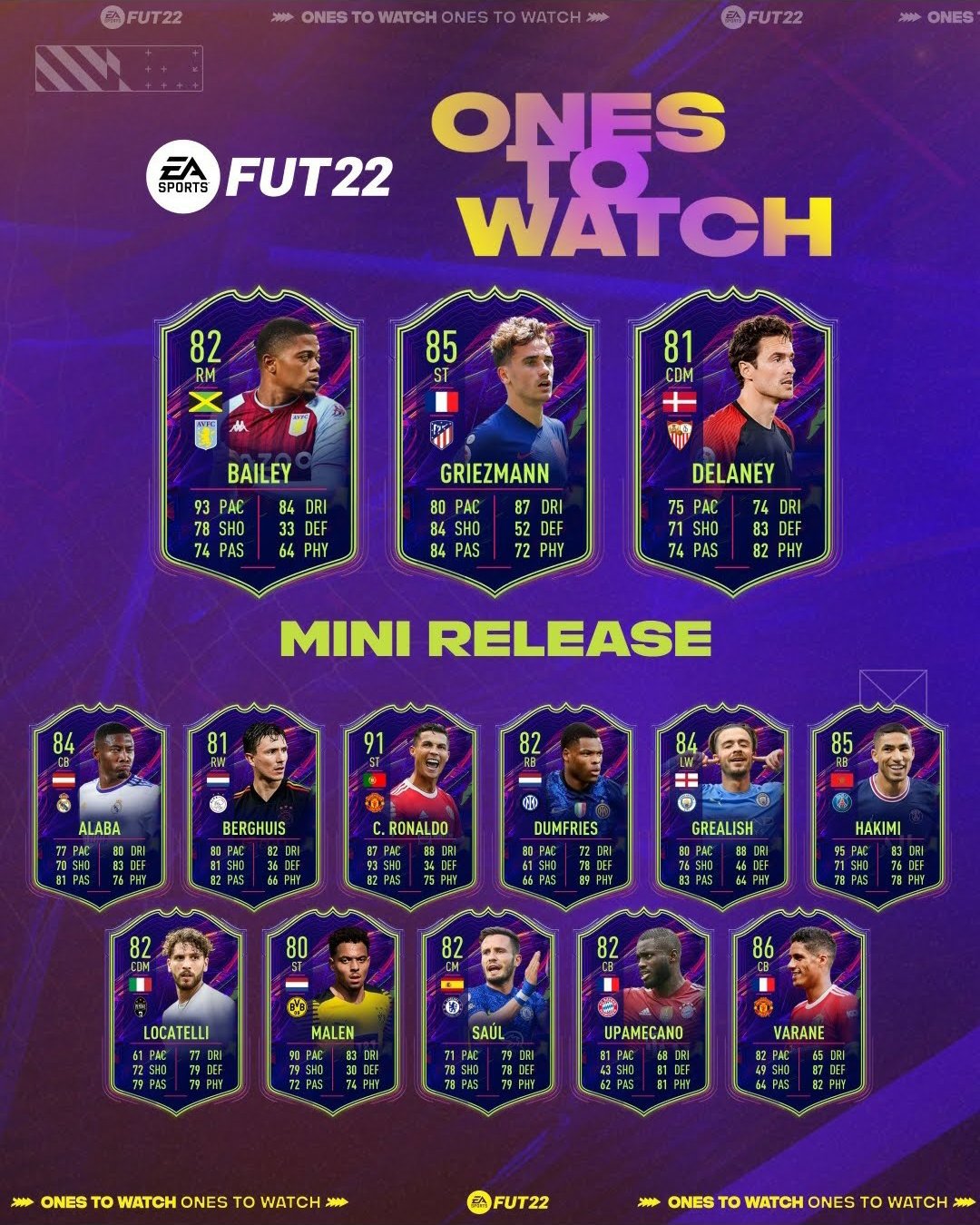 The second OTW team is now available in packs featuring the next group of players: 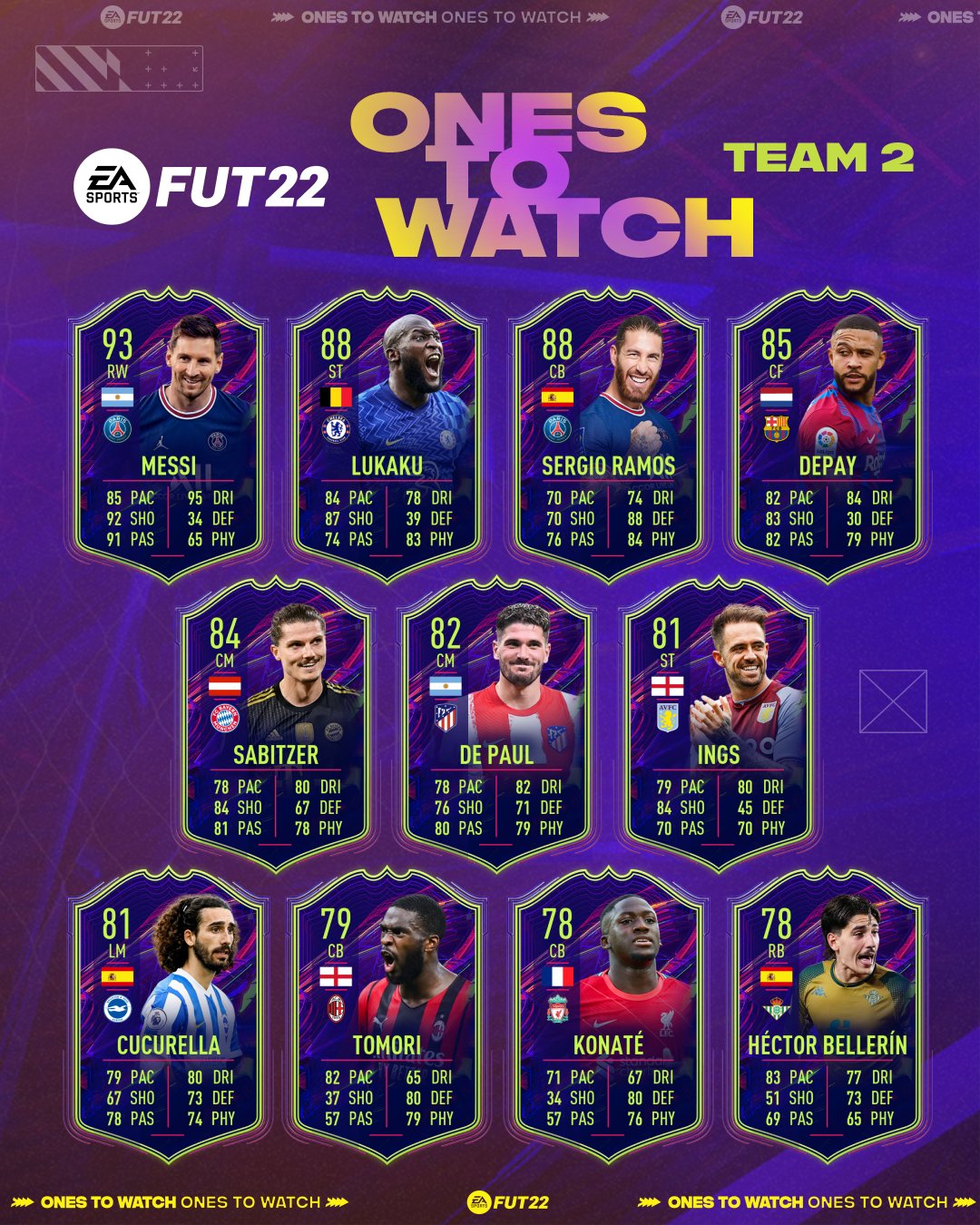 Among the stars that moved to Parc des Princes this summer there was also Georginio Wijnaldum which is now available as an OTW item in FUT 22. You can unlock his special item via a themed SBC. 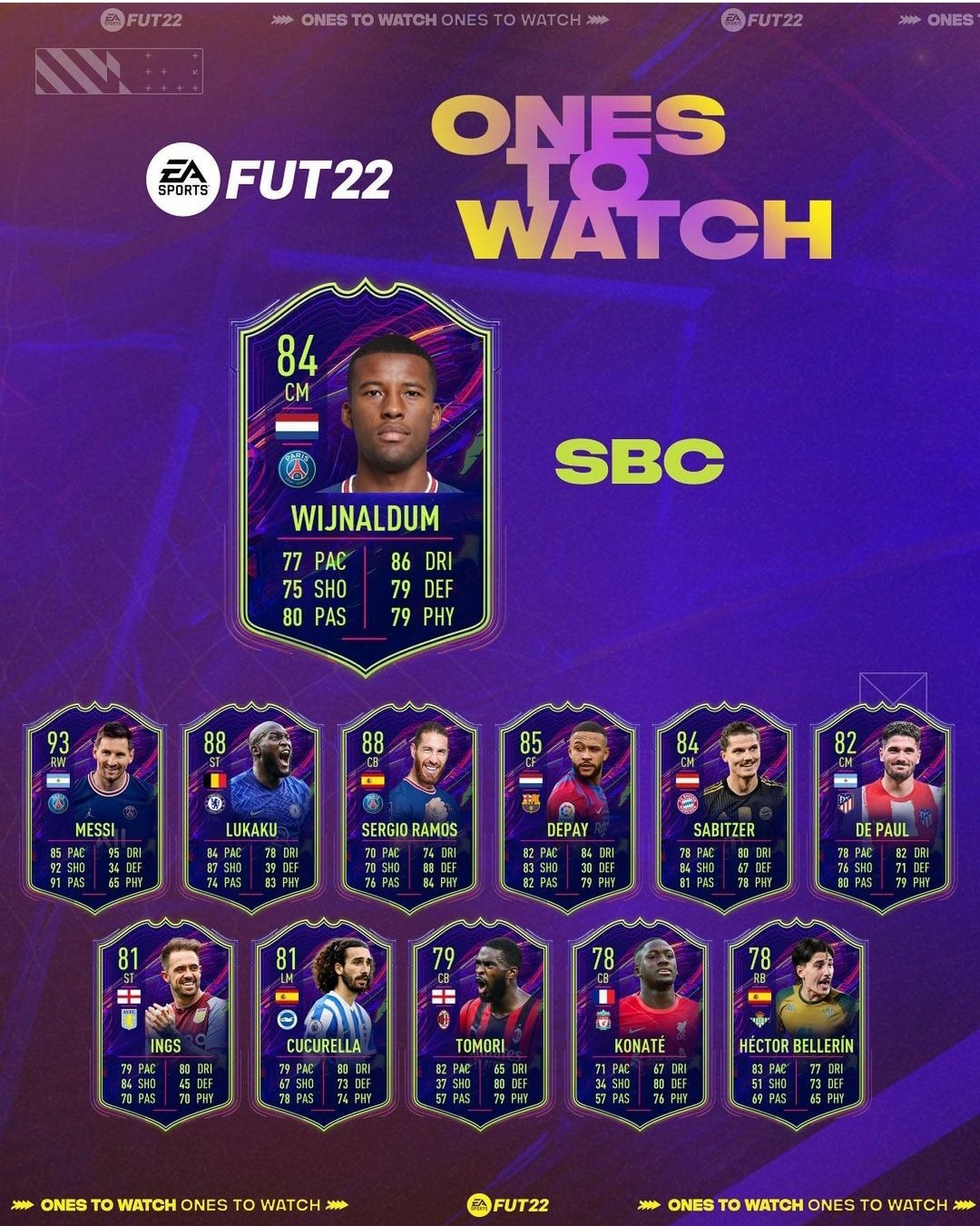 Another Dutch player that changed clubs this summer is Myron Boadu who signed with the French powerhouse, AS Monaco! EA Sports revealed earlier today that he will join the OTW summer roster and you can get his special card in your club if you complete this SBC. 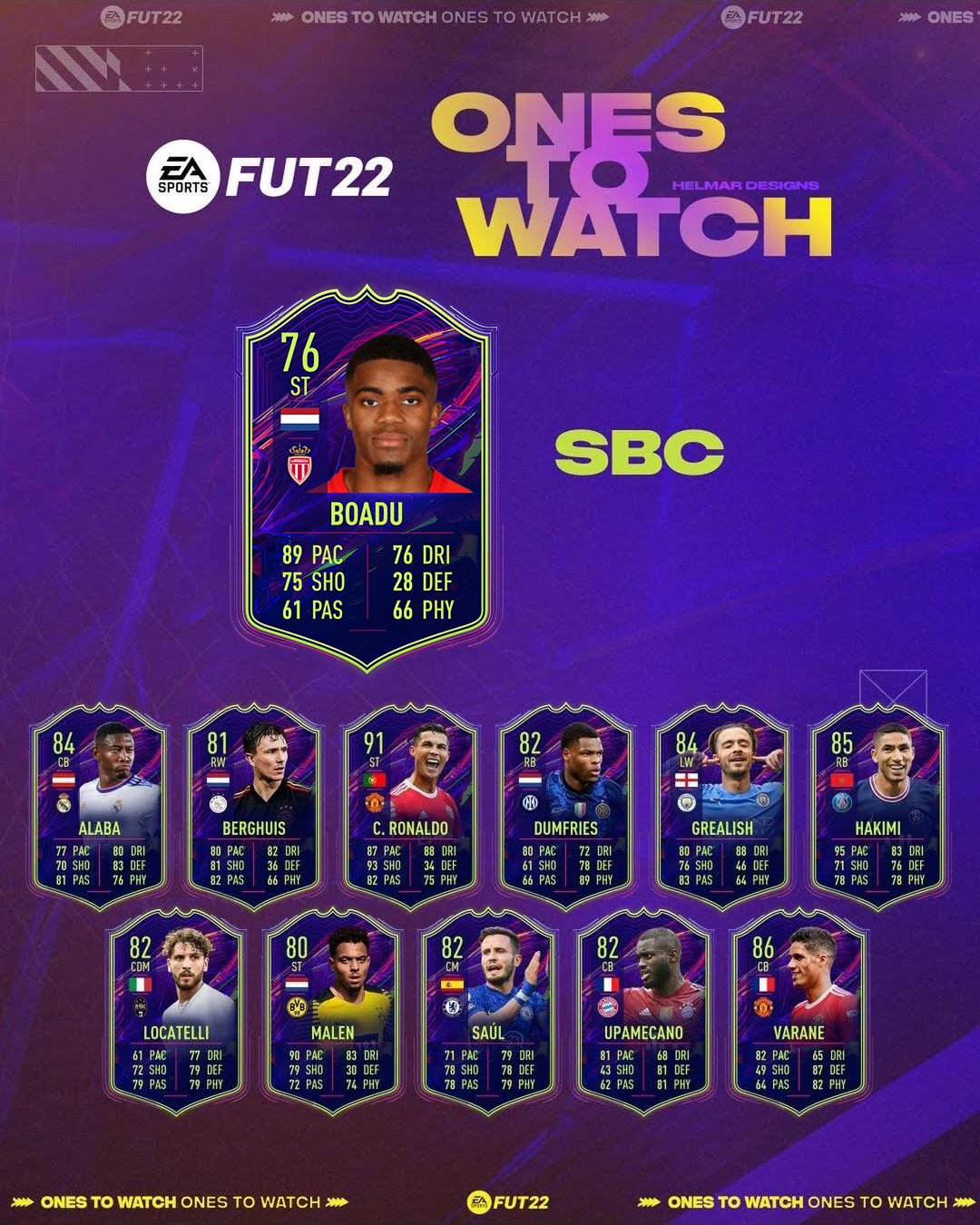 Just like last week a new small batch of OTW players was dropped in packs this weekend featuring the next three players: 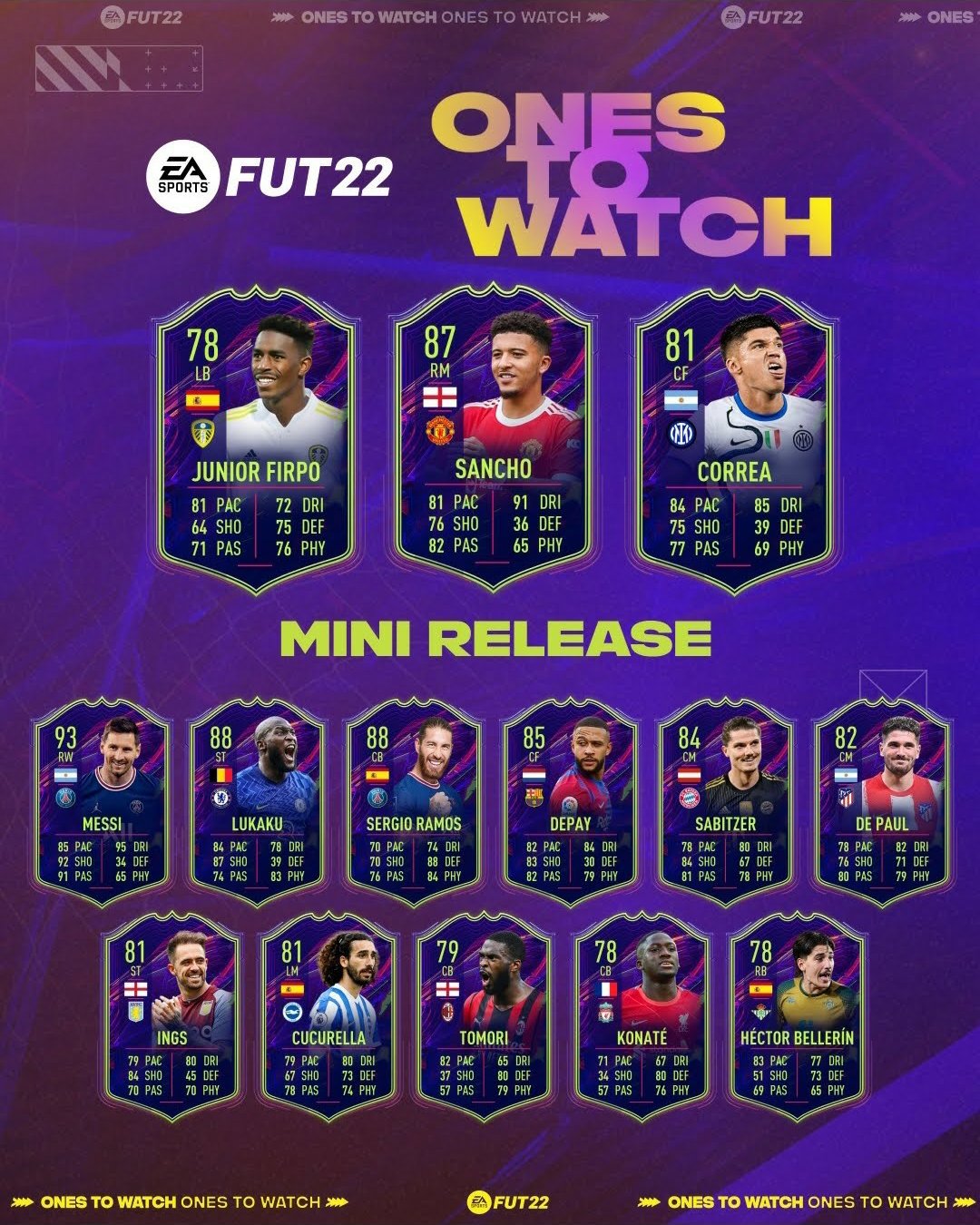 Both OTW teams are now available in packs! You can check the full list of OTW players and their upgrades here.

ℹ️ Some info about the OTW Promo, including Team release dates & why it matters when you open the Pre-Order Pack. 👀

ℹ️ Anyone who opened their OTW Pack early will get a new one in the coming days.#OTW | #FIFA22 pic.twitter.com/1ZU3UYmBkd