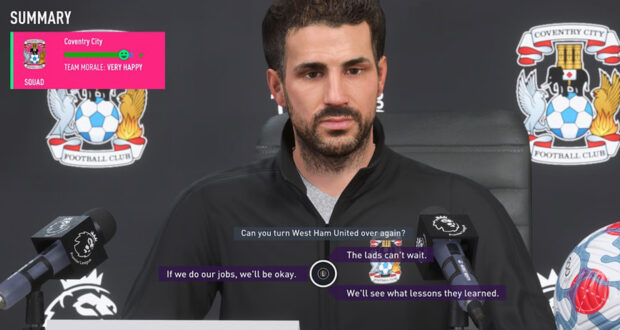 Back in the days before Ultimate Team captured the football games niche by storm, Career Mode was almost a one way street to playing FIFA.

These days, however, it has been shielded aside by EA Sports due to the abrupt fame of FUT and the income it brings to the table on a daily basis. However, taking over a club and leading them to glory is still a lot of fun in FIFA 22. There are numerous ways to enjoy career mode without getting bored of it after few seasons. Of course, this may be hard to achieve when playing as one of the most reputed football giants. Most of the time, lifting a team up out of a dire situation and making champions out of them is the most enjoyable way to play the game.

Career Mode tips such as the ones listed below are a brilliant way for FIFA fans to rejuvenate their love for FIFA 22 Career Mode:

1. Toy around with Game Settings

Never underestimate the power of the settings when you are aiming to have a fun career mode experience. Ultimate Difficulty too easy? Tweak around with gameplay sliders until you find those that match your level or looking for realistic gameplay? Then jump on websites like operationsports to help you along that route. It is paramount for you to take matters into your own hands and change settings to tailor more to your needs or explore, because you never know where your next meal may come from. The following are couple of settings you can try to keep yourself invested in your career mode save:

Camera Settings: You probably have been playing on the same camera settings since FIFA 22 launch, why not jump onto something like Tele to give yourself familiar experience that is similar to watching real football on your home television or any other camera settings you have never tried before and find yourself in unfamiliar territory. Get out of your comfort zone. Comfort zone is one of the biggest leaders of a boring career mode experience.

Gameplay Sliders: As soon as you feel that you are starting to dominate most of your matches, it is time to up the difficulty. Set the bar high with Gameplay sliders to give yourself an even harder challenge. Don’t know much about gameplay sliders? Then google suggestions as there are plenty out there!

Controller Settings: Play on Competitor Switch or go on full manual to give yourself an even greater gameplay challenge. If you think gameplay is easy, wait until you try it on manual controller settings. Every win should feel rewarding because it would be completely relied on your effort.

Other General Settings: You can set other settings such as Match Ball to random, so you can enter every match with something a little different. 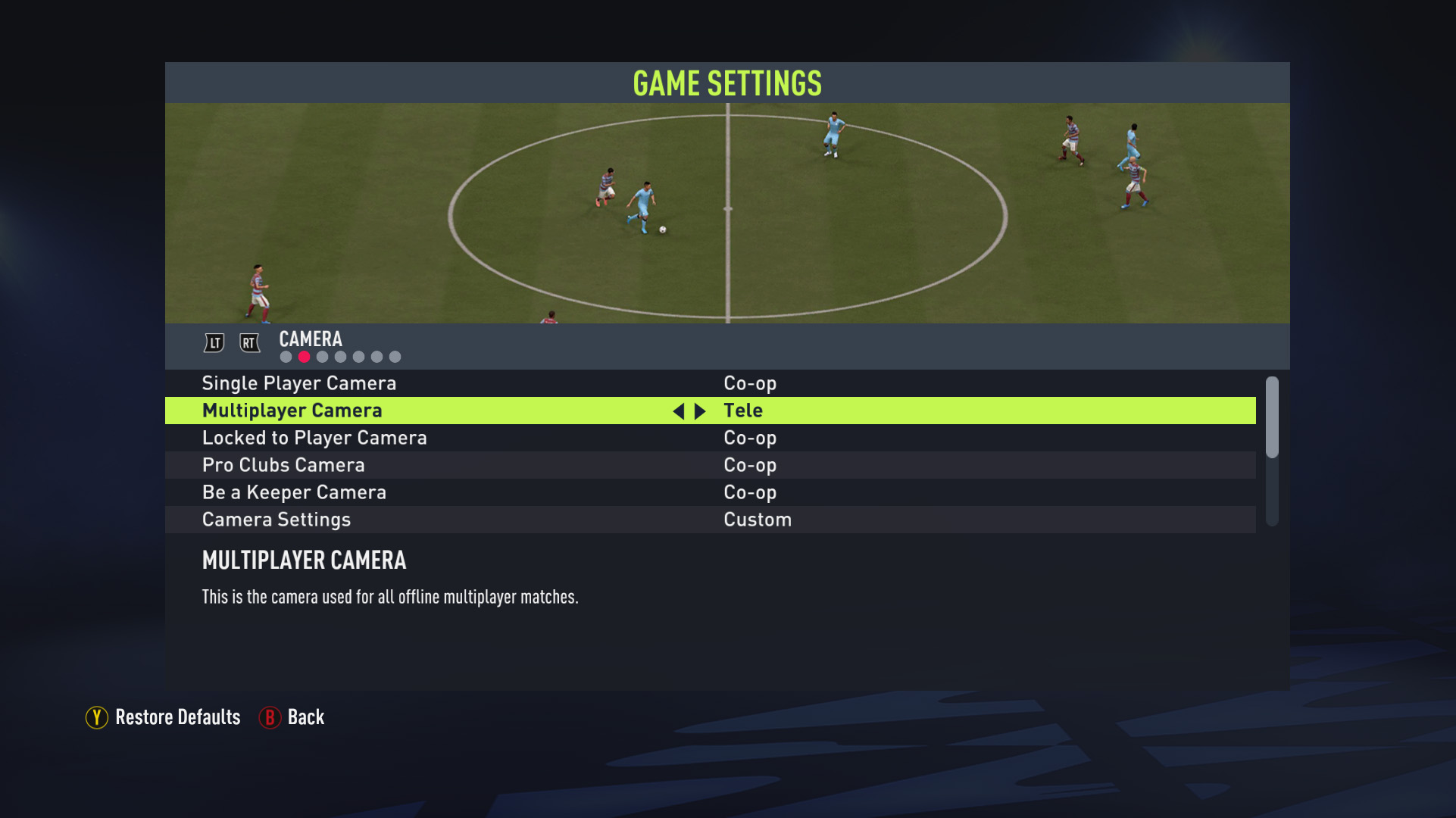 The biggest determiner of how long your career mode save will last is your roster. The bigger and better your squad is, the likelier it is that your journey will be short but the smaller and weaker your squad is, the higher the chances are you will go a long way. In other words, your squad sets the tone for how long your managerial journey can go. The reason for this is because the better your team becomes, the likelier it is that you will find yourself with less and less competition from your opponents and ultimately you will fall into the boredom trap. It is therefore advisable to always start small.

Create or pick a smaller club with the lowest budget for three main reasons: 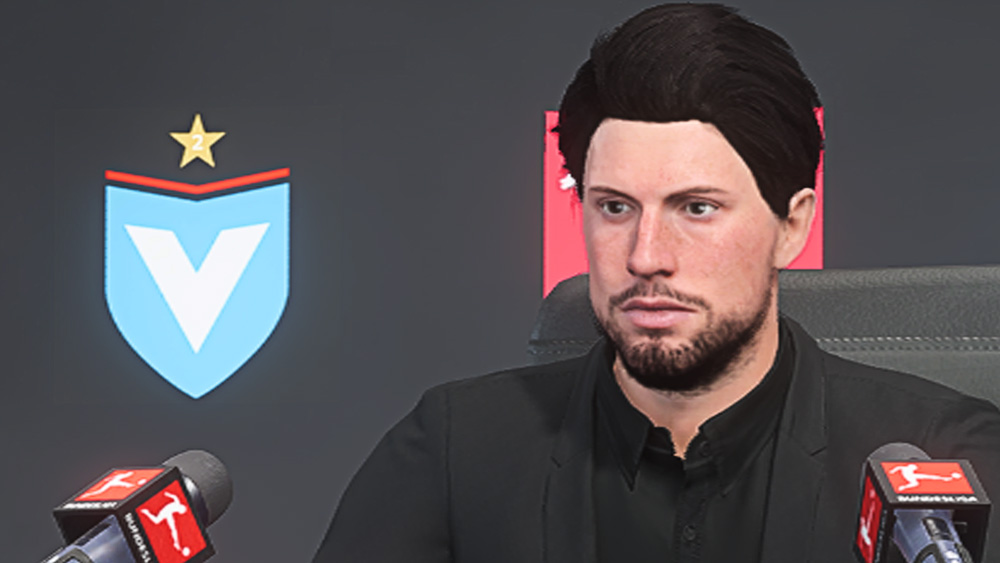 Gone are the days when people stay with one club their entire career. But unless the position has grown and changed with you, you might feel bored or uninspired by status quo at your current club. It is acceptable to state that while you love everything about your team, have learned so much and accomplished even much more, all is suddenly starting to become too easy. If this sounds familiar to you, chances are you feel bored at your current job and you are probably here to look for ways to get rid of this dreadful situation. Looking for a job with new challenges where you can better utilize your skills and experience may be the best choice for you right now.

To apply for managerial jobs in FIFA Career Mode, navigate to the Office screen by tapping R1/RT, then go to Browse Jobs. There, you can see all the available jobs and flick through them. Pay close attention to their transfer and wage budgets, as well as the starting 11. Perhaps the most important thing to see here is the difference between their Objective and actual Season Summary. If you’re up for a challenge, you can go with a team that’s far off from their current objective but you should expect that keeping this job will be a tough task. 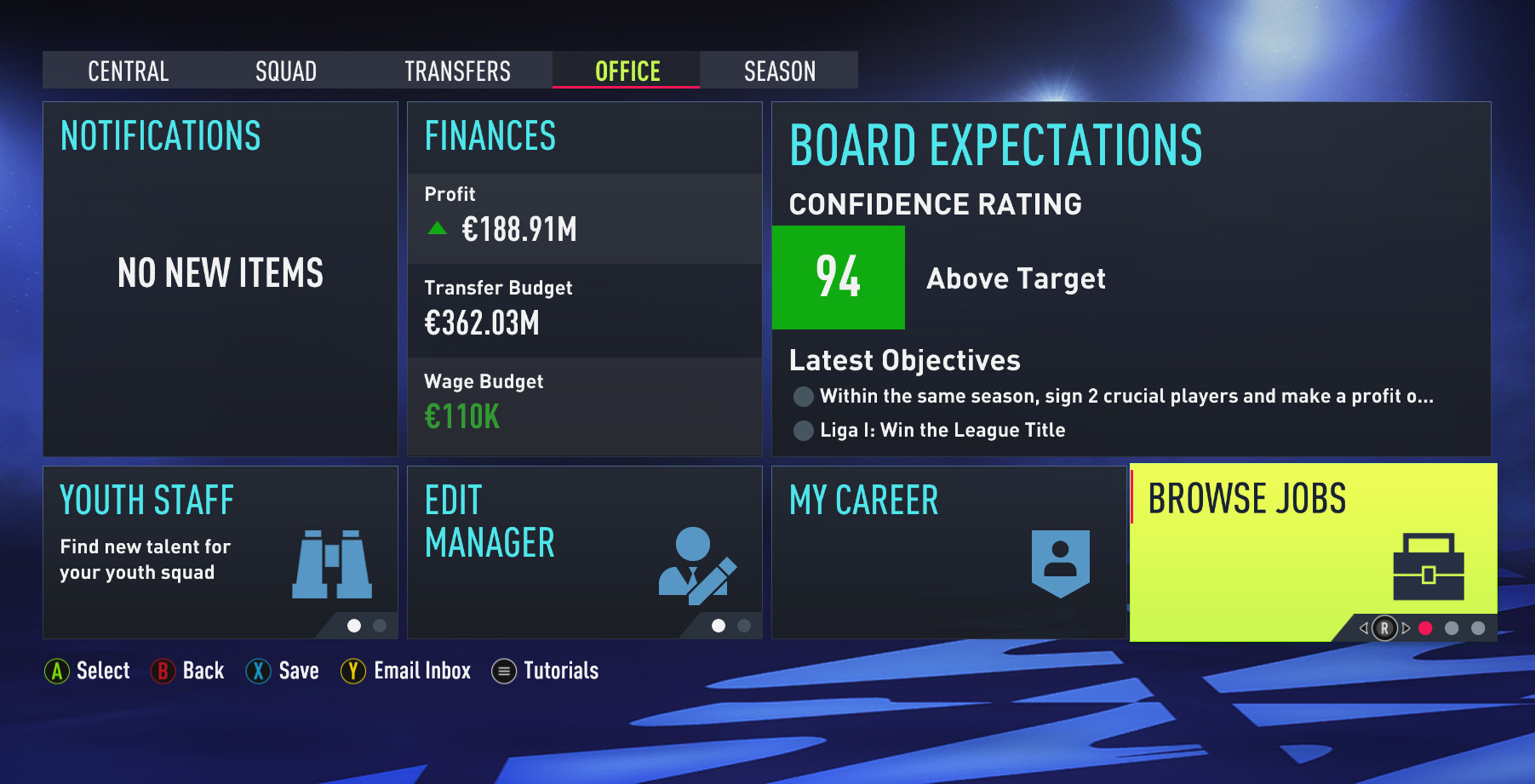 You can also use this opportunity to start new projects. For example, you could attempt to win the top five leagues in Europe. The leagues are the Premier League, Bundesliga, La Liga, Ligue 1 and Serie A. To make this even harder, you could try and attempt to do this in the next five seasons. Or take a new job in the same league competition and compete against your former club or even build a trophy-winning team consisting of only academy players. You can also accept an International job and aim to win the World Cup with a Non-European and South American country. Possibilities are endless.

If none of the above appeal to you and you still want to get the most out of FIFA 22 Career Mode before FIFA 23, then Career Mode can be evergreen. No matter how far into the year it is, you can have a fresh feel with a new Career Mode challenge, but only if you avoid the habit of following the same storyline every year. Career mode challenges are where we all turn to eventually about halfway through the annual cycle of FIFA, when career mode starts to get a little boring. This is at a certain point where career mode repeats itself over and over again. One of the biggest solutions to this conundrum over the years has always been to set and try challenges. Below are some Career Mode Challenges of varying difficulties, see if you have what it takes to complete them:

You can find more challenges here.

The current owner has gathered a heavy loss which needs to be paid off!

Can you turn the decline around by paying off the debt and bringing Valencia back to the top of Spanish football? 👀 pic.twitter.com/IOr8QoQj4d

If you’re playing FIFA 22 on PC then you’re in luck as you can expand on the Career Mode experience thanks to mods! A quick visit to our Download Center will allow you to download all kind of mods that will take FIFA 22 Career Mode to the next leve. Some of the recommended mods to try out are EEP 22, FIFA 22 Walker’s Licenses Patch, the Extra National Teams Patch or the various gameplay mods that will give a new dimension to the way you play the game. 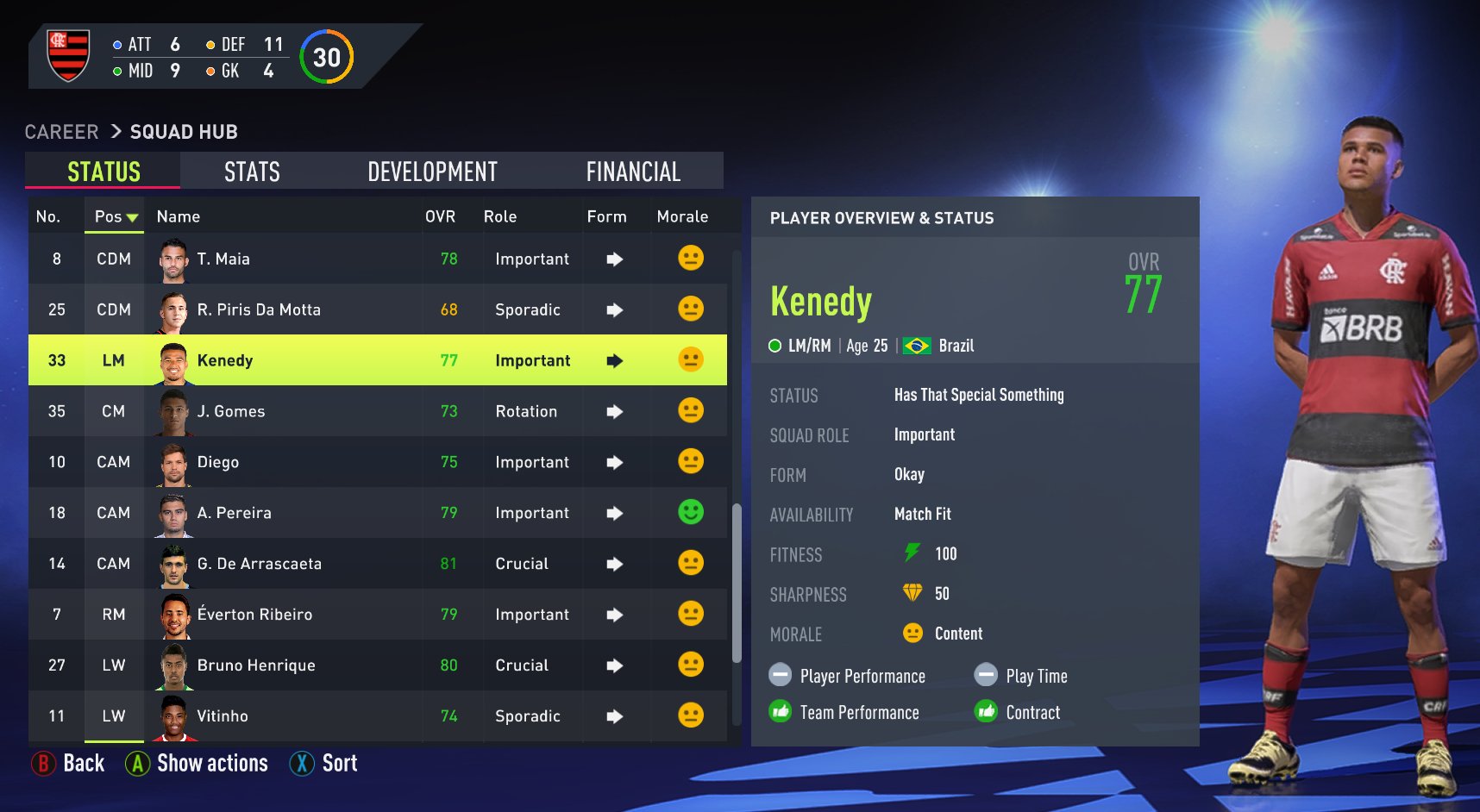