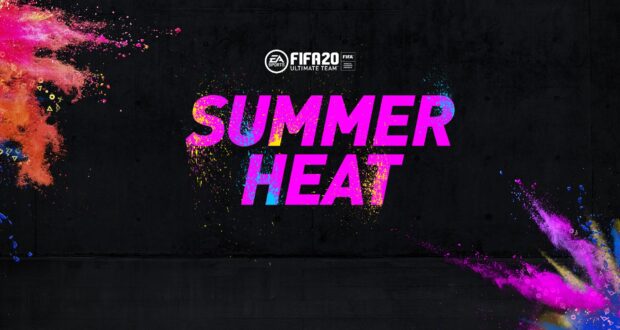 To celebrate the return of football around the world, EA Sports has launched a new summer campaign in FUT 20.

You will have the chance to vote who will receive a special boosted Summer Heat Winner item in FUT 20. The voting will be available for 24 hours on select periods throughout the promo and you can cast your vote by picking one of the loan versions of 3 FUT Summer Heat nominees upon logging in to your FUT account.

Until the first voting goes live you can complete the Ndombele Summer Heat SBC. 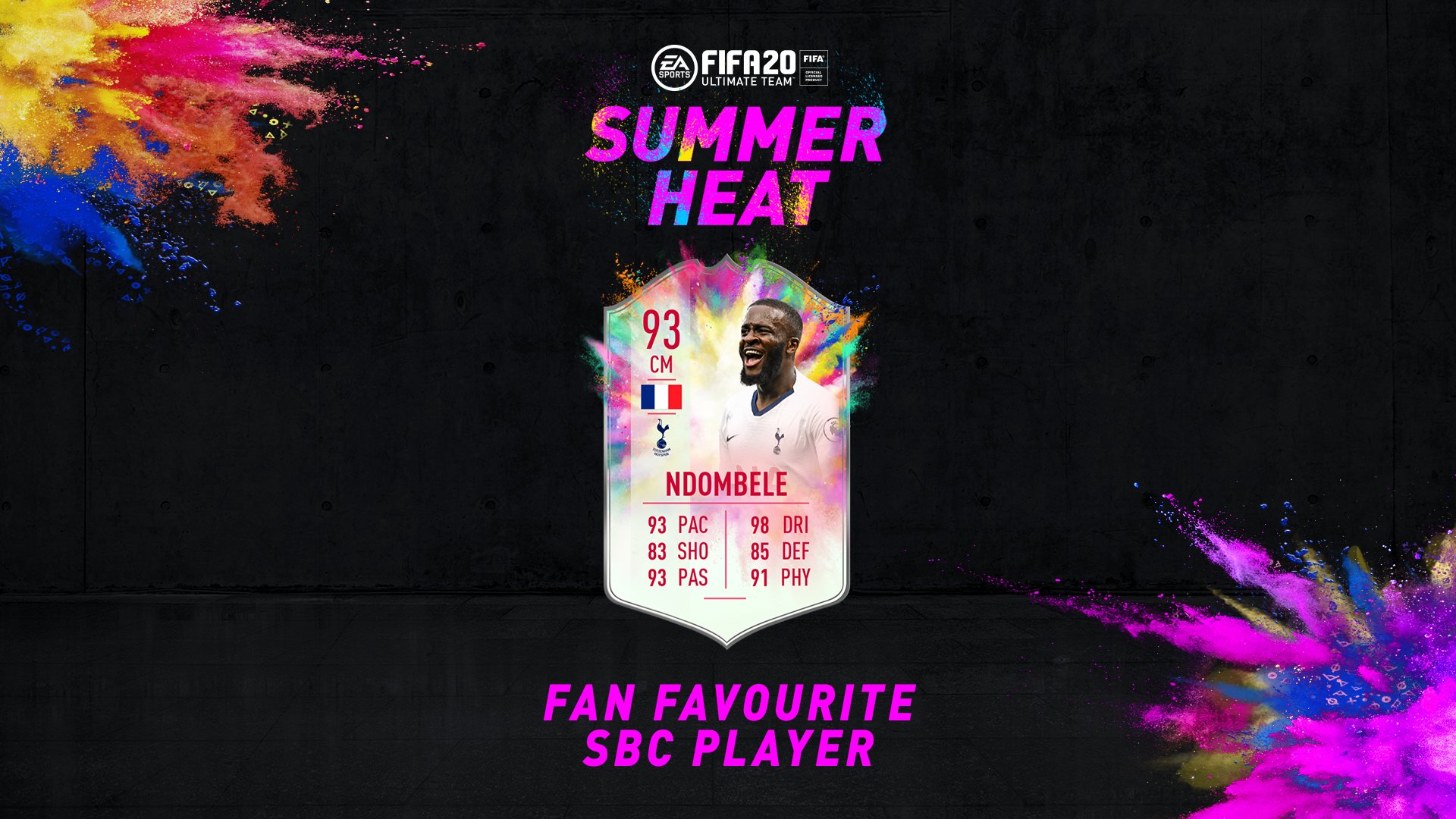 For the reminder of the summer, EA Sports will select a real football match each week and release a Summer Heat item for one player of each team via themed SBCs. The player on the winning side will receive a +3 rating upgrade while for a draw both players will get a +1 boost.

The best special player items of this season will be re-released in packs in three batches. The first batch is already live featuring the likes of ‘Shapeshifters’ Franck Ribéry, ‘Winter Refresh’ Zlatan Ibrahimovic or ‘Headliners‘ Mohamed Salah. For the full player list please check here. 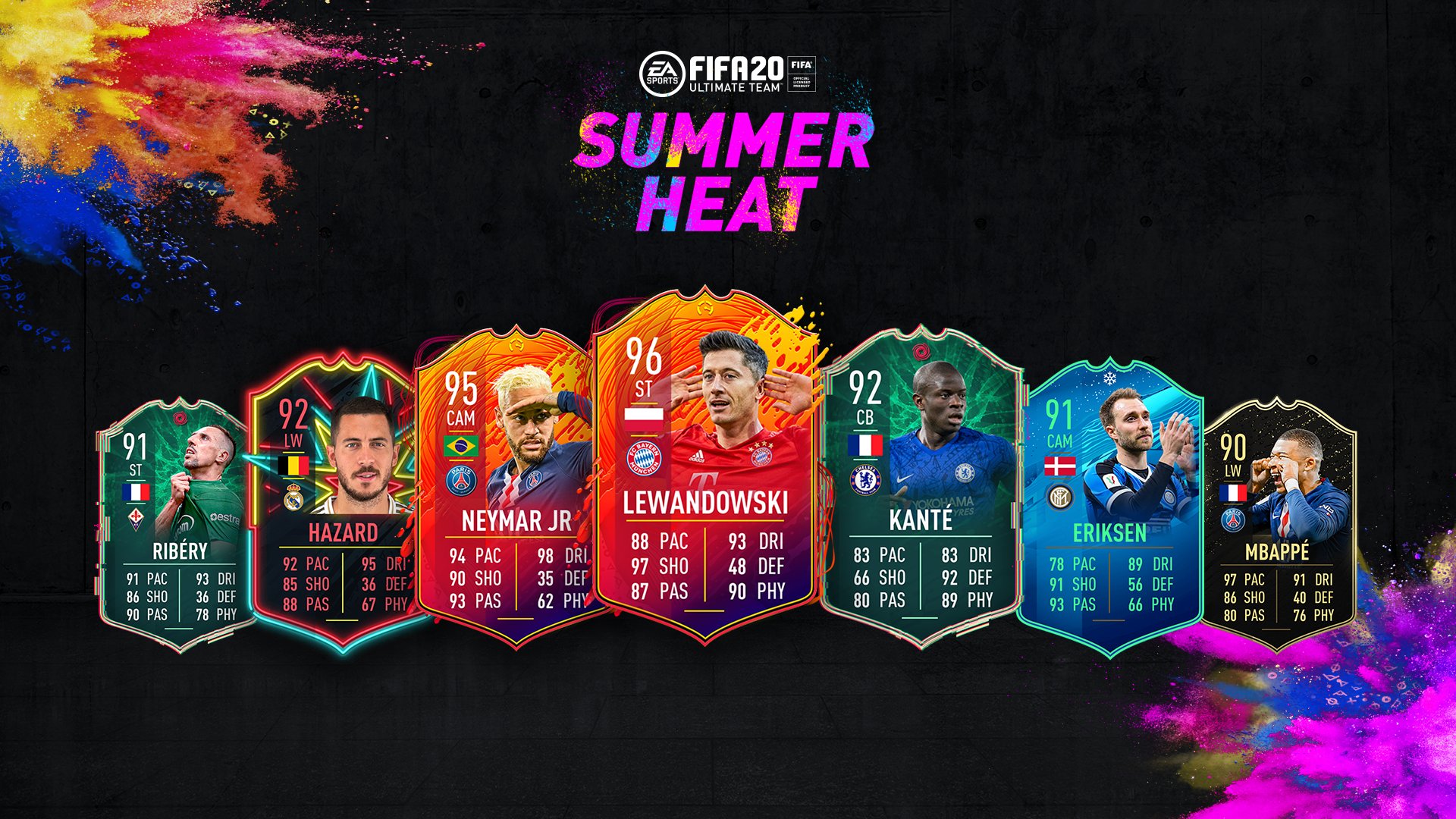 The most OP players of FUT 20, previously released via SBCs and Objectives, will be re-released as Summer Heat items with boosted stats. The first player Objective is already up featuring Benjamin Mendy as an upgradable Summer Heat item! 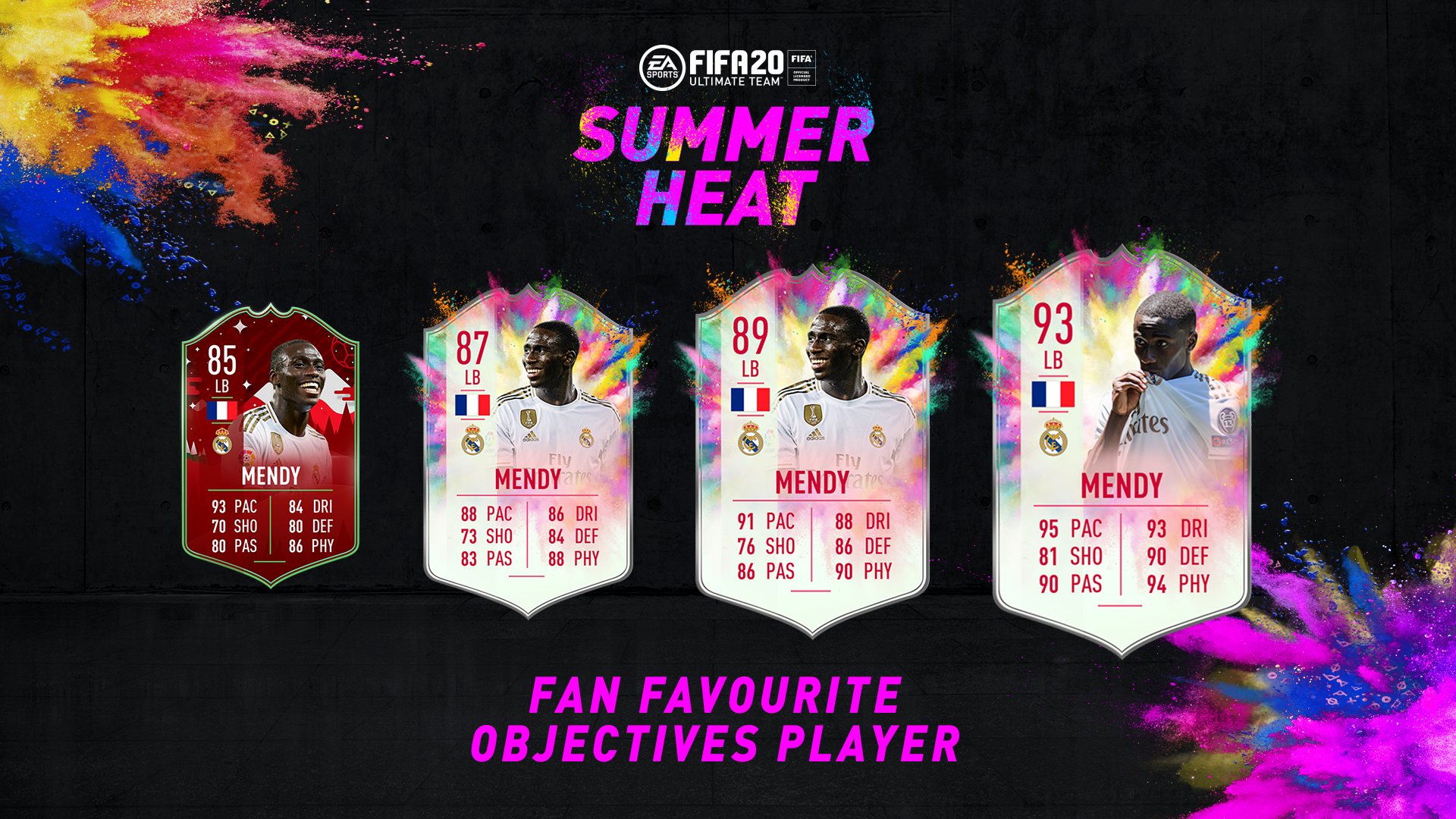 To kick off this promo right, EA Sports will reward their most loyal fans based on their engagement with FUT 20. Depending on how many days you have logged in to your account, you will receive the next pack reward:

During the Summer Heat campaign, The Weekend League rewards will include a new set of special players from select FIFA 20 Ultimate Team promos. The full player list can be seen here while the rewards ranks are as following:

Are you excited for this new event? Let us know in the comments or on twitter.