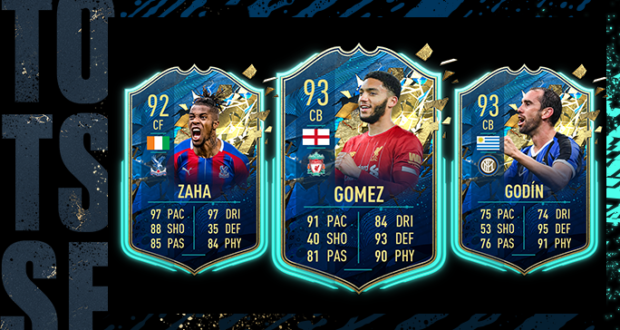 The first two TOTSSF squads are now live in packs!

Last week, EA Sports asked us to vote for the Community TOTSSF and today we found out who the 23 most voted players were together with the EFL TOTSSF. 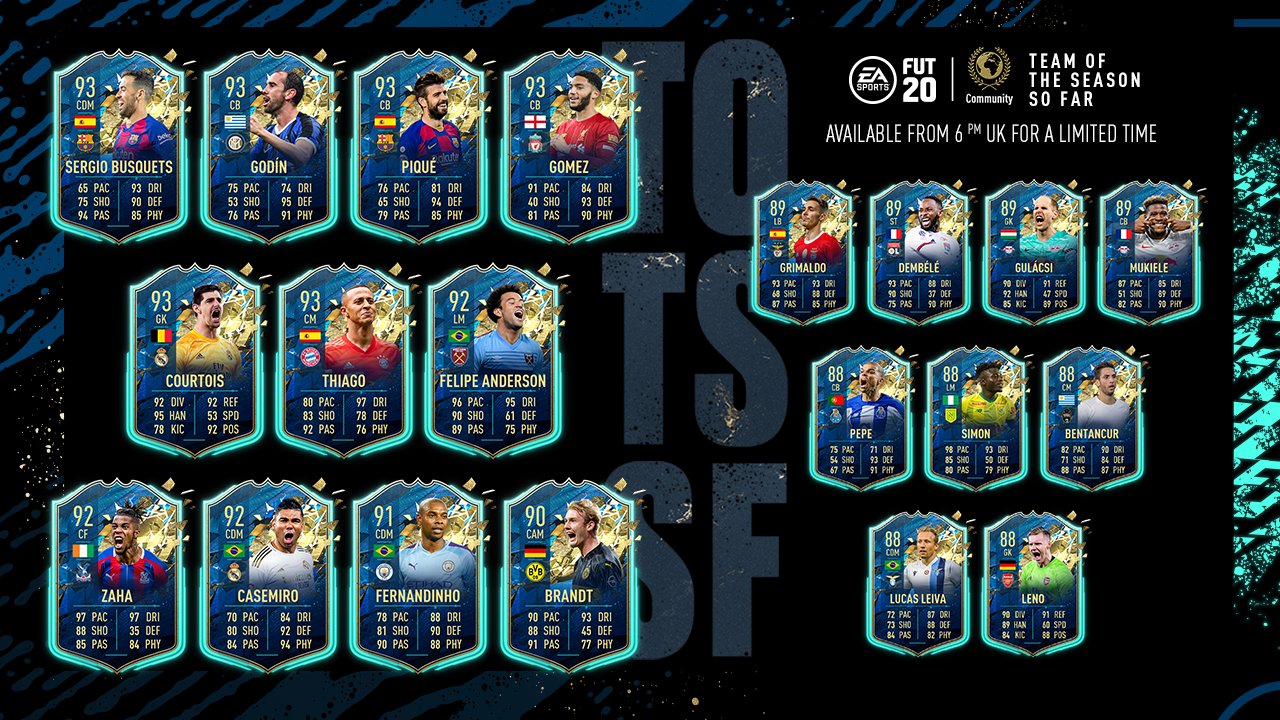 While the EFL TOTSSF features the next players: 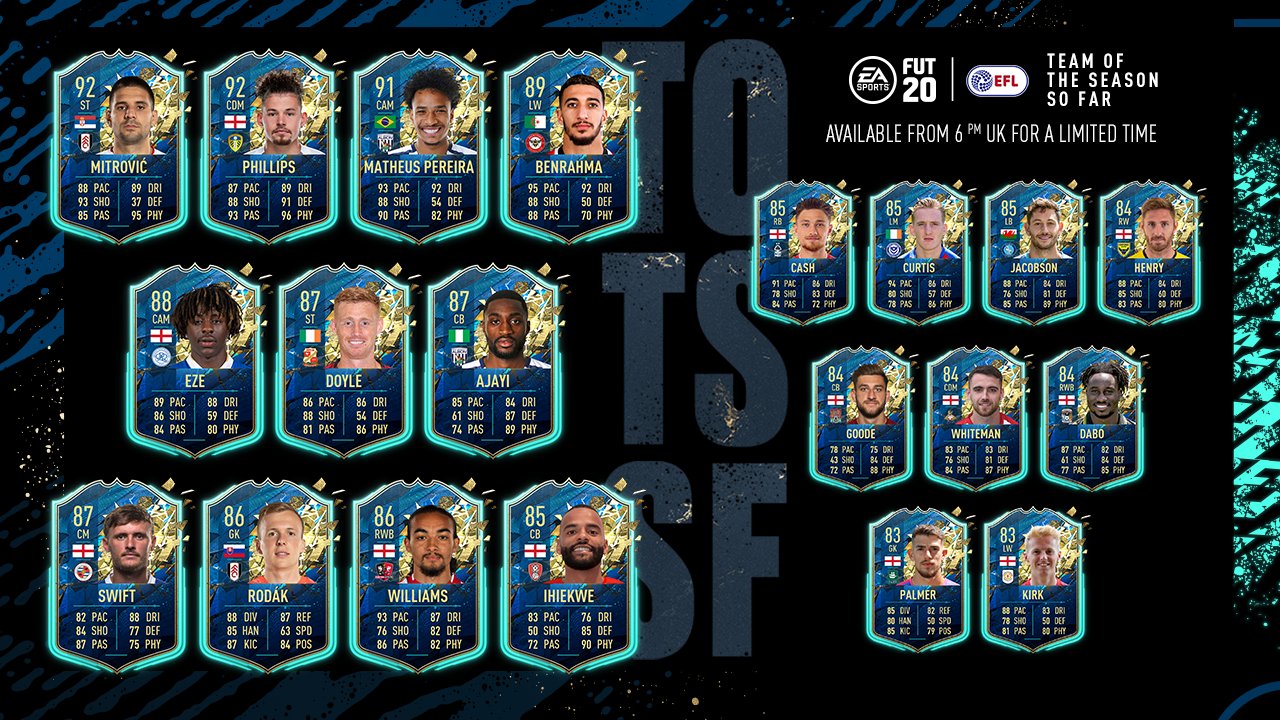 All these players will be in packs until May 1st, 6 PM UK when the next TOTSSF squads will come out.

Additional TOTSSF players can be unlocked via Objectives like Thuram 89 and Toney 88. You can also get Icardi 90 by completing his SBC. 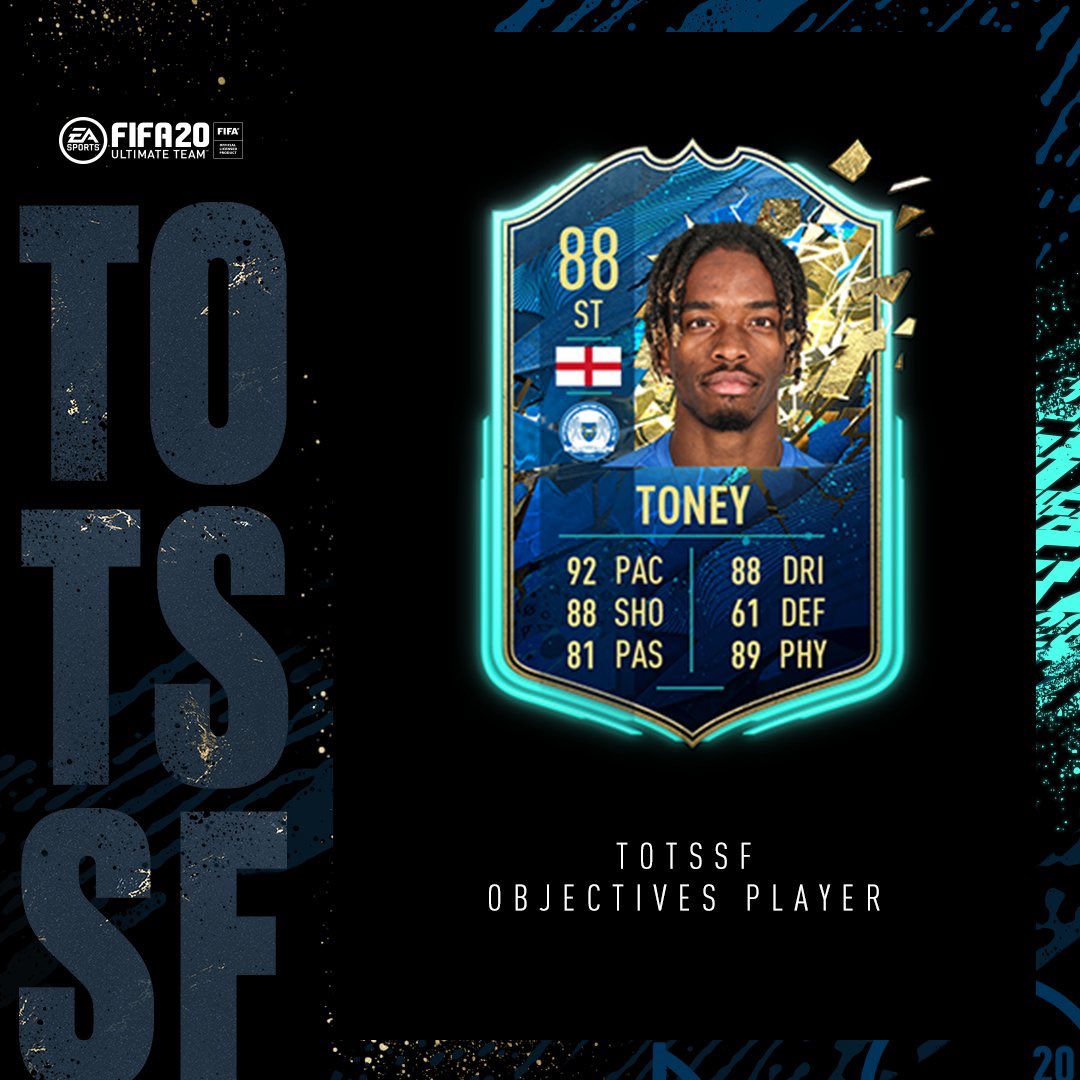 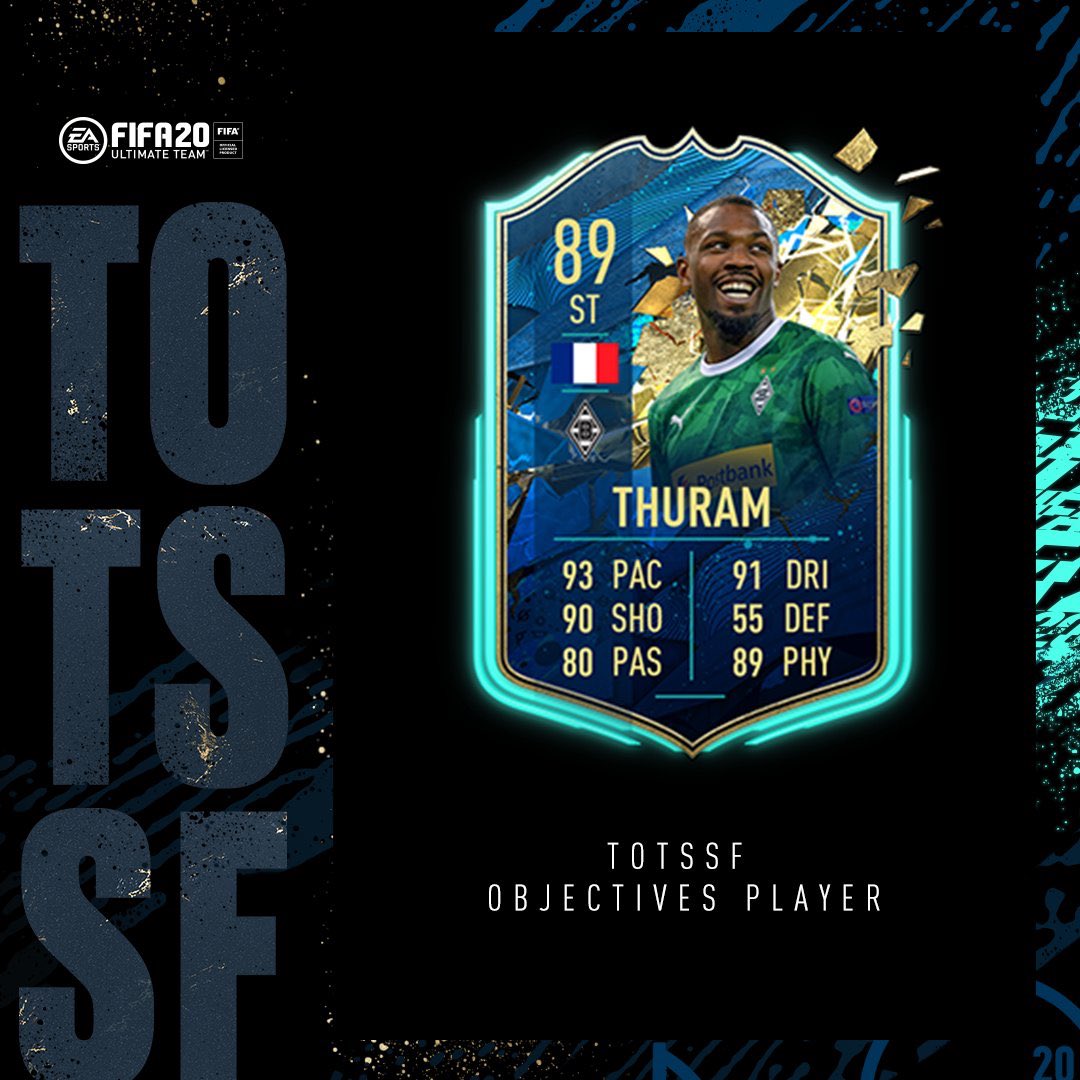 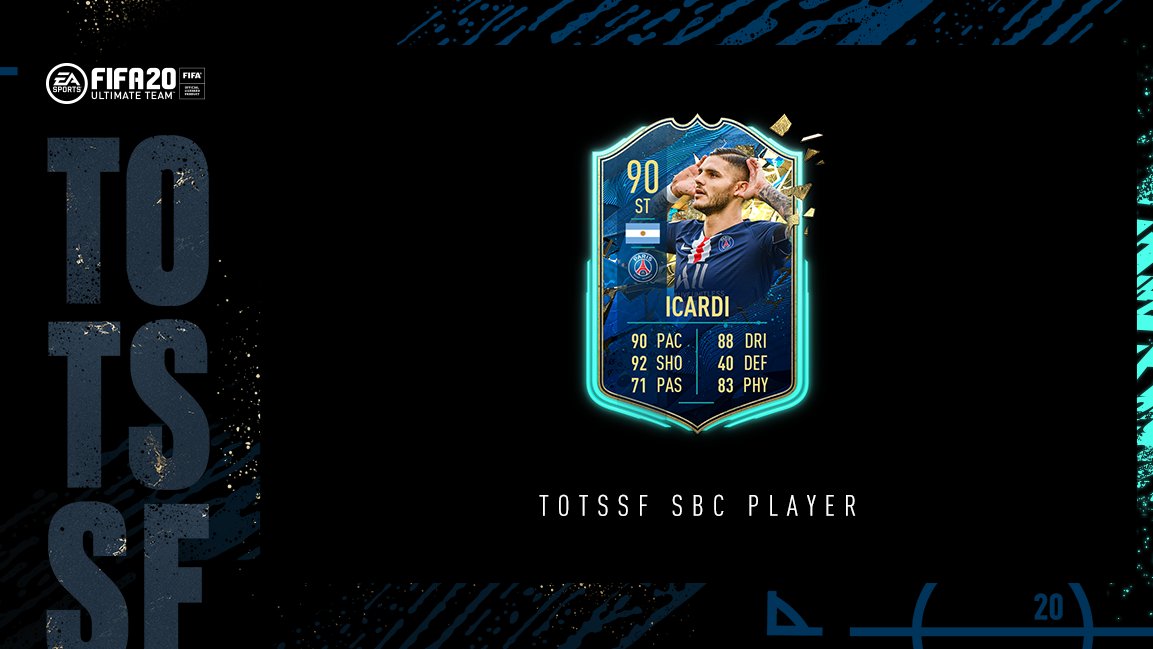 More Objectives and SBCs will be released during the TOTSSF promo like themed Flashback or Premium League Upgrade SBCs that will include players who stood out in previous Team of the Seasons or footballers who contributed to their communities during the COVID-19 crisis and will be rewarded with special Player Moments cards.

There will be 9 more TOTSSF squads that will released in the following weeks.