Latest News
Home / FIFA 19 / Tired of FIFA 19? Here Are Some Similar Gaming Options to Get Your Fix 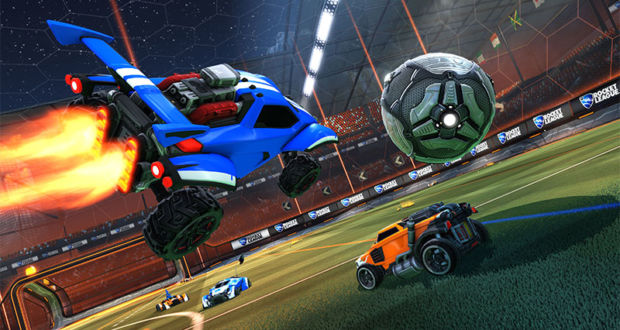 Tired of FIFA 19? Here Are Some Similar Gaming Options to Get Your Fix

While FIFA 19 was certainly not the greatest installment of the series, at least according to the reviews from the likes of GameSpot, it still offered plenty of that old-school FIFA goodness that fans have come to adore. Time really flies, and we still can’t believe it has been over six months since the last game was released.

If like us, you’ve completely maxed out every last second of playtime from the game and are still looking for ways to get your footballing fix, we’ve got you covered. Here are some similar gaming options that will still give you all the thrill of FIFA.


Are you even a real footy gamer if you didn’t spend your youth pulling all-nighters just to up your ranking on this most addictive of PC games? As you probably already know, it’s a football management simulation game where your goal is to build the best time you possibly can through a combination of negotiating prowess, industry expertise, and pure grit. The 2019 version has already been met with rave reviews, thanks to its updated system which now features player data analysis, virtual social media feeds, and input from sports scientists.


FootLOL could convincingly be described as FIFA on speed – or more accurately LSD. At first glance, this looks like a run-of-the-mill soccer game, where your only goal is to maneuver your players and defeat the bot you’re up against. However, things quickly turn surreal. You still have to simply beat your opponent, but you’ll also have to contend with warplanes, mutant cows, tanks, ghosts, and aliens invading the pitch and disrupting your game. Only fans with a sense of humor need apply.


DLS has one of the strongest cult followings of any football game on the market. Think of it as a mobile version of FIFA, where the goal is to build and manage your teams and rise to the top of the rankings. Multiplayer competitions are the big selling point here, with DLS eSports tournaments popping up at major international events like Dota for several years now. The game has gotten so big that even major online sports betting platforms like LeoVegas, which offers comprehensive betting on the biggest real and virtual sports, also occasionally offers odds for DLS. There are few other football games with this kind of impact.


A devilishly simple concept which has launched an army of fans, and just keeps getting better with every update and re-release. Rocket League is like soccer, except you’re driving a souped-up car and using it to knock a ball around a pitch the size of a small city. The online multiplayer mode might just be one of the most heart-pounding gaming experience ever created, as well as the most original. It’s just as addictive offline as it is online, giving the player a perfect combination between Mario Kart and FIFA that we never thought we needed.

Now that you have the best of the rest, it’s time to get playing. Only six more months until FIFA ’20.