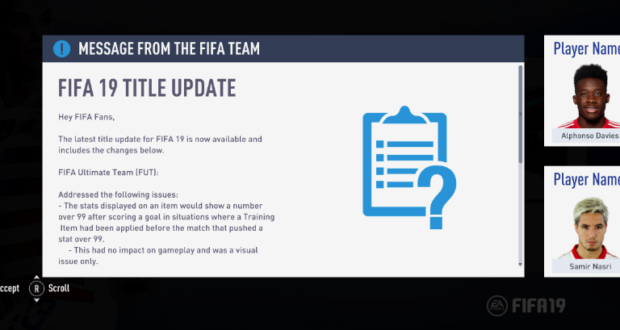 If you’re playing on PC a new FIFA 19 title update is now available for download which addresses the following issues in game:

The update will be available on XB1 and PS4 early next week.