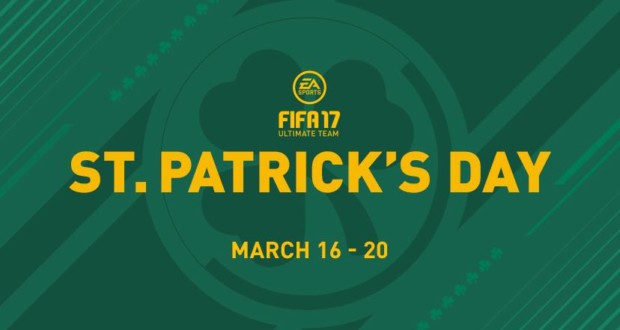 Last week we had to skip the news roundup post due to time schedule issues but for this week are back on track.

A new title update for FIFA 17 was released by EA Sports this week featuring multiple changes to Ultimate Team, Visual UI and Gameplay.

For the complete changelog of this update please click here. 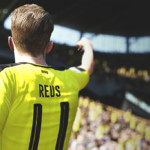 From March 16th to 20th, EA Sports are celebrating St. Patrick’s Day with the release of the Green Team in packs featuring the best Republic of Ireland players as green items: 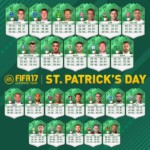 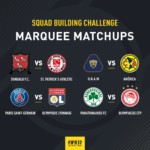 For TOTW 26 we have the following in-form players:

These in-forms are available in packs from March 15th – March 22nd! You can view this TOTW in more details on FUTHead or EASports. 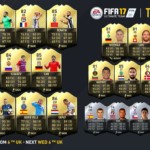 Atlanta United and Minnesota United, the newest clubs to join the MLS this year, have been officially added to the FIFA 17 database. Also a new set of transfers has been released featuring all the players transferred by the two new MLS clubs 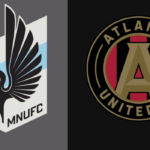 No less than 24 special items has been released in the past two weeks in FIFA 17 Ultimate Team featuring MOTMs, Continental MOTMs and one Hero card: 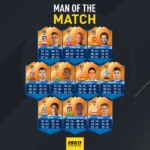 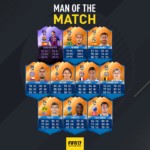 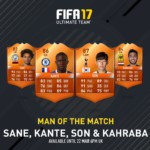 Staying in the theme, this week’s FIFA 17 Single Player Tournament is dedicated to St. Patrick’s Day:

For this month’s in-game reward, all eligible FUT Champions Club members will receive one World XI Kit that will be delivered to your FUT Account by March 31, 2017:

EA Sports are also celebrating the St. Patrick’s Day with a week-long, green-themed program in FIFA Mobile until March 27, 2017. Collect Celtic Knots and Four-leaf clovers to upgrade St. Patrick’s Day Player Items. Also for the first time in FIFA Mobile, EA are challenging the community to work together to unlock extra in-game content with a series of Community Challenges.

Over the course of the week, you will find a variety of Tokens including Green Coins, Celtic Knots, Lucky Leaf and Four-leaf Clover Tokens in specially marked packs or by completing St. Patrick’s Day-themed Live Events. These Tokens are necessary to unlock and upgrade other Program-related content. For example, redeem four (4) Lucky Leaf Tokens to receive a Four-Leaf Clover Token.

There are four green-themed Player items that you can find and upgrade over the course of the program. These players have been picked because they’ve brought luck to their green-colored clubs. Upgrade these players by using a set number of Lucky Leaf, Four-leaf Clover and Celtic Knot Tokens in their Upgrade Plan. Be sure to check in-game to see the specific requirements for each Player.

Unlock the special Luck O’ The Irish Player by finding 10 specific Celtic Knot Tokens. Like the Emerald Players, after unlocking this player, you will be able to increase his OVR by completing the corresponding Plan. As always, be sure to check in-game for Plan requirements.

EA Sports are challenging the FIFA Mobile community with a series of seven (7) tasks that will unlock bonus content around St. Patrick’s Day if completed. As the community completes a Challenge and unlocks the next one, the requirements will get harder but with better rewards.

If the community manages to complete a Challenge, EA will let you know on Twitter and with in-game messaging. For any challenge reward that includes a Prize Pack, you can find and claim it from the Store.

Once the St. Patrick’s Day Program concludes, EA Sports will remove all Prize Packs from the store. Please make sure to claim these Packs before the program ends.

For this Program, all St. Patrick’s Day Player Items and Tokens cannot be bought or sold on the Market. As a result, EA have increased the quick sell value of the Player Items featured.

Since the launch of FIFA Mobile in September of 2016, EA have offered a series of In Form Player Items, which highlight the best players from around the world based on their domestic league play in the past week.

The set up for In Forms was very different in comparison to how Team of the Week has typically worked as we didn’t feature a true team. Instead, we featured eight (8) Gold Players, two (2) Elite Players, and one (1) Master Elite from varying positions.

As of last week, EA Sports have changed the format of In Forms and Man of the Match Items. In Forms will now be a proper Team of the Week, featuring 11 players using standard formations, with one (1) player chosen as the Master Elite Player. You will need to complete the TOTW Plan to unlock our new Player of the Month Item, which replaces Man of the Match.

Team of the Week

The core design of Team of the Week will be like In Forms. We will continue to highlight the best players from around the world based on their domestic league play (or international play when we have International Breaks) within a single week. Now, we will feature a proper Starting XI.

The style is still the same. Out of the 11 players that make up the TOTW, 1 will be our Master Elite Player Item. To unlock the weekly TOTW Master Player item, you will need to get all 10 of the other TOTW Player Items for that week.

Unlocking the TOTW Master Player Item rewards you with a POTM Token for that month. You will need to use POTM Tokens to unlock the new Player of the Month Player for that specific month.

Any existing In Form Tokens you have in your inventory will be automatically updated to a new Team of the Week Token.

Player of The Month

At the start of a new month, EA will select a Player who has had an incredible previous month with a high rated Elite Player of the Month Item. To unlock the Player of the Month, you’ll need to complete all weekly TOTW Plans for that Month plus other requirements which EA will announce when the POTM Plan goes live in-game.

The POTM will become available on the first full week of a new month, meaning that March’s POTM is available to unlock on or around April 4, 2017.

After the Player of the Month announcement, you will have one (1) week to complete the corresponding POTM Plan.

As previously announced, here is the new TOTW in FIFA Mobile: 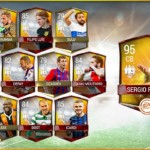 The five Impact Player of this week in FIFA Mobile are Ortiz, Medel, Gabbiadini, Pedro Leon and Azmoun. 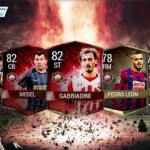 Finally, be sure to watch Round 9 of the best FIFA 17 GOTW, with scorpions, rabonas and 5 star skills from the likes of Ben Arfa, Ronaldo, Griezmann and Dybala:

As always, thanks for following and reading this week’s post.