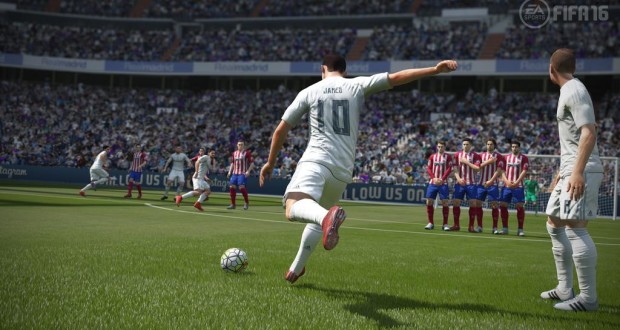 A few more hours to go until EA’s conference at Gamescom kicks off and before we get more exciting FIFA 16 news let’s do a recap of what got revealed in the last weeks:

If you were one of the few lucky people to get the email bellow then congratulations because you will try out FIFA 16 a month prior to its release! The closed beta is limited to Xbox and Playstation players only and it involves the testing of Ultimate Team, Online Seasons, Career Mode and Pro Clubs.

The beta testing will start on August 13th and it will last for 10 days, in the meantime the few lucky players will have to give feedback about the game to the producers and fix potential bugs.

EA Sports have become the official video-game partner of Real Madrid a few weeks ago. The partnership includes new head scans for Los Blancos that you can view here.

Another gameplay trailer has been released by EA Sports last month showing us the new FIFA 16 gameplay innovations in defense, midfield, and attack:

More covers have been revealed last month and you can check each of them bellow:

You can view all the FIFA 16 covers released to this date in our image gallery.

Another interesting cover that many of you might have not seen is the FIFA 16 pack art of the Steelbook edition that you can admire bellow:

Yesterday, Microsoft had its own conference at Gamescom and with that occasion EA Sports announced the new FUT Legends that will be in FIFA 16 and presented the new FUT item designs that you can view here and here. In case you have a few minutes you can watch the FUT Legends announcement bellow featuring some new in-game footage:

There will be a 78 stadiums in FIFA 16 as EA Sports officially confirmed with 9 new additions that you can view right here.

Tomorrow at 9 AM UK be sure to tune on the live stream of EA’s press conference at Gamescom where we will see a new FIFA 16 trailer, the first details on Ultimate Team and Career Mode and possibly some new licensing announcements and details about the demo.

Until the press conference we leave you with these two fresh released screens of James Rodriguez and Lionel Messi: