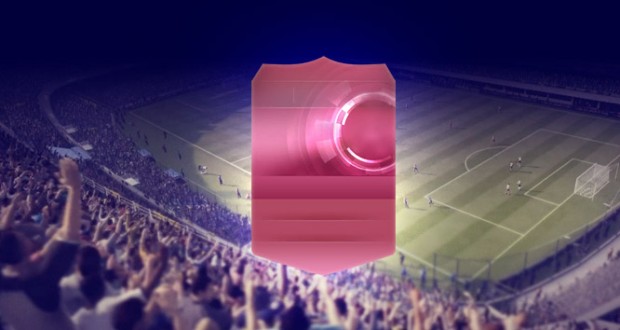 A pretty important maintenance took place three days ago in Ultimate Team 15 on PlayStation 3, PlayStation 4, and PC to address the stuck item issues. Many of those who had cards stuck in their transfer list should have the problem fixed by now.

Not long ago FIFA community manager @ChuBoi did a short Q&A on Reddit and at the question if there’s anything interesting planned after TOTS he gave the next answer:

“We got some cool promotions planned, including brand new in-forms. We still haven’t used our pink IF colour yet ;-).”

Shortly after that the community started to come out with multiple theories on what the pink cards might be used for, the ideas went from Team of the Month to a Womens World Cup add-on. One thing that many have forgot is that the pink card have already been released on the mobile version of FUT 15 as part of a charity event called (RED) that we’ve wrote about last year. The event featured a special tournament, which in case of winning it, rewarded you a special pink IN-Form of Rafael Marquez. Most probably the pink cards will be used for a special charity event that will be held later this year but you’re more than welcomed to share your ideas regarding these cards in the comment box bellow.

It’s rather rare to have two amazing TOTW’s one week after the other:

These in-form players will be available in packs from 15th April 6:00PM – 5:45PM 22nd April. You can view the team live on the Web App or more detailed at FUTHead or FUTWiz.

No less than 6 MOTM items have been released in packs this week with Ibrahimovic, Hamsik, Vidal, Oblak, Quaresma and Luis Suarez joining the special orange items club:

Xbox players will be happy to know that German legend Andreas Brehme is now available in Ultimate Team 15:

Two new batches of price range adjustments have been introduced in FUT 15 and you can view the price lists right here.

There’s a new tournament in FUT where you need to have a full squad of French players in order to participate. Full tournament details bellow:

EA Sports went to France last month and invited the players of Olympique Lyon and Olympique Marseille to participate in their famous FIFA 15 Pro Player Tournament:

You know how we like to end a news post? With some stunning FIFA 15 goals of course:

Glad you took the time to read this week’s FIFA 15 news! Stay tunned because more FIFA 16 and FIFA 15 news will follow in the next weeks!