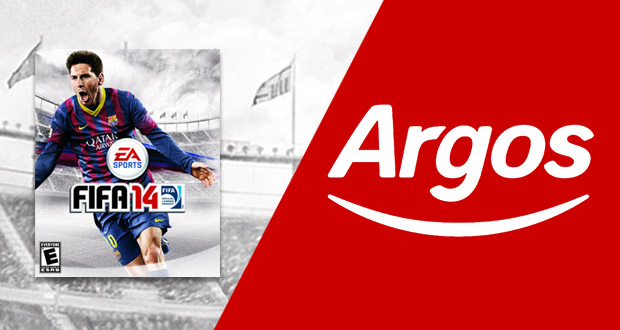 Win FIFA 14 in association with Argos

We’re kicking off the New Year with this exciting competition for all Fifa fanatics. The good people at Argos have offered us a spanking new Fifa 14 to give away to one lucky reader of Fifa-Infinity. The winner will be able to choose a PS4, Xbox One or PC version of the game.

Build, manage and make money off your dream team in the run up to Brazil 2014. It doesn’t get more exciting than this!

To be in with a chance of winning, simply answer this simple question:

Which Arsenal player has now been ruled out of the World Cup due to an injury?

Check out Argos for more great deals on PS4.

–          Delivery will be within 28 days of Argos receiving the winner’s address, and the competition prize may vary at the discretion of Argos.

–          The prize as described will be supplied direct from Argos, and there is no cash alternative.

–          If a winner outside of the UK is chosen, they will be offered a digital download instead of receiving a disc.

Be sure to have a vaild e-mail when posting the answer in the comment box bellow! The winner will be selected randomly and it will be announced next Friday, January 31, at 8PM GMT!

And the winner of the free FIFA 14 game is: