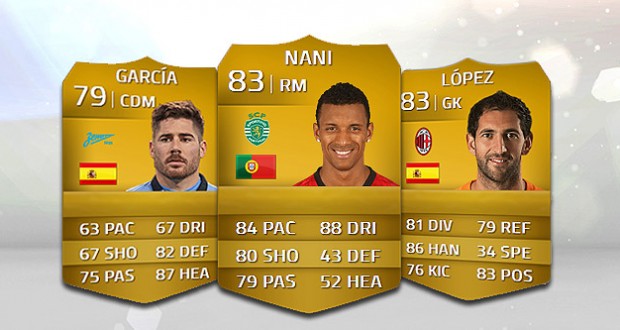 The 2014/2015 football season is slowly starting and with it more amazing IN-Forms will be released in FUT 14. TOTW 46 is a great example because we have lots of informs from the BPL like Fabregas, Dier or Sigurðsson, aswell informs from other good leagues like Depay or Valbuena:

These IN-Form players will be available in packs from 20th August 6:00PM – 5:30PM 27th August. You can view this team in the Web App or more detailed at FUTHead.

Mario Mandzukic is the latest player to join the orange MOTM club in FUT 14 thanks to his performance in yesterday’s Spanish Supercup final against Real Madrid.

If you wanna win some coins and players this weekend be sure to play the Gold and Goals tournament in FUT 14. All you need to participate is a squad (first XI + subs) of 18 gold players (rare and non-rare) with a team chemistry of 100. Winning the tournament will get you the following:

The OFFLINE difficulty is set to Professional!

Thanks for reading! See you tomorrow with a new FIFA 15 news post!