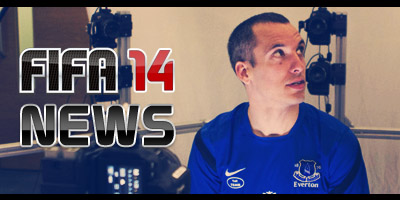 We have tons of FIFA 14 news for you today! Be sure not to miss them!

Thanks to Alan Alger, the Blue Square Bet PR manager, we know that Football Conference Premier (the 5th tier of the the English Football League system) will be featured in FIFA 14! The league is also called Blue Square Bet Premier thanks to their main sponsor and has 24 semi-professional clubs!

The brazilian gaming website TechTudo made a research on the brazilian teams that will make their appearance in FIFA 14 & PES 2014 and came up with the next list of the brazilian clubs that will be available in the future FIFA title:

As you can see most of them are confirmed and only a few are missing. Also Palmeiras (who relegated in the 2nd division) is planned to be featured in the Rest Of The World.
Source: FIFAKulte

The famous italian sports equipment manufacturer, Diadora, sealed a deal with EA Sports that will features their boots and balls in FIFA 14. Diadora account manager Simon Rutgers confirmed the deal on Twitter as you can see in the next tweets:

A new commentator will be available on FIFA 14 thanks to Nicola Benn, a Commercial Sports Agent who tweeted the next message and pic:

Nothing is confirmed yet but according to the rumors the new commentator will be Manchester United legend Gary Neville who recently joined the Sky Sports team as match commentator.
Source: FSB

The first two English Premier league teams got scanned for FIFA 14! The first one was Newcastle United and the confirmation came from the Newcastle’s French midfielder Yohan Cabaye on twitter! When asked by a fan if EA Sports came to photograph him for FIFA 14 he simple replied ” yes yes they came”.

The other Premier League team that got scanned was Everton FC! Bellow you can view the pics from the scan venue:

The list of Everton’s scanned players wasn’t released yet but from the screens above we can confirm that the next lads are 100% scanned: Victor Anichebe, Leon Osman, Leighton Baines, Apostolos Vellios & Séamus Coleman.

Bellow you can see how the guys from CaptureLab scan players faces and you can also read other FIFA 14 related articles:

– How EA brings your FIFA players to photo-realistic life (TechRadar)

That’s it for now! We will keep you updated when we find more news and details about FIFA 14!