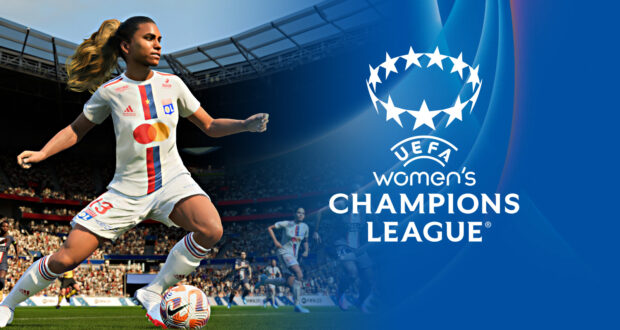 Following the addition of women’s clubs in FIFA 23, EA SPORTS announced that the UEFA Women’s Champions League (UWCL) will feature in the ‘World’s Game’.

Earlier today at the Women’s Football Summit, EA SPORTS was revealed as a new sponsor of the Women’s Champions League for the next three years. Thanks to this new agreement the game developer will be able to add the competition in FIFA 23, set to arrive next year in March as a Title Update to coincide with the quarter-final stage of the real-life competition.

❗️New competition coming to #FIFA23@UWCL arrives in early 2023, the next step in Women's Club Football 💪 pic.twitter.com/I5UGf8Zav3

The partnershsip will include only the knockout stage of the competition in-game and will feature qualified clubs from Barclay’s Women’s Super League and D1 Arkema plus another two historic clubs, Juventus Women and Real Madrid Feminino.

This season’s UWCL final will be played on the Philips Stadion in Eindhoven, one of the newest stadiums added in FIFA 23.