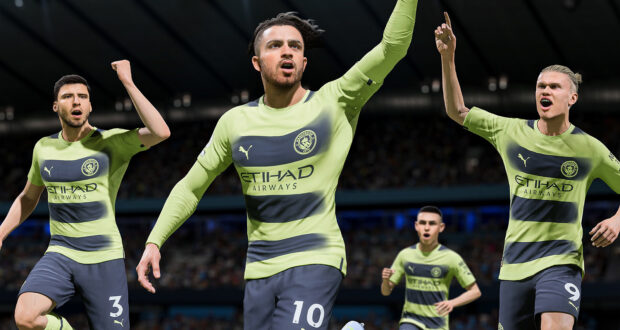 Within the first week of launch, FIFA 23 had over 10.3 million players playing the game, making it the most succesful and biggest launch ever in the history of the franchise. Nick Wlodyka, SVP, GM of EA SPORTS FC passed his regards to the community by saying:

The response from our fans has been nothing short of incredible, and we’re thrilled that our community is playing with their favourite players and teams across FIFA 23 in record numbers

One of the main reasons for this record number of players is due to the introduction of crossplay in FIFA 23, allowing more players from different platforms compete against each other in online modes.

Of course we cannot forget to mention that FIFA 23 features more than 19,000 players, 700 teams, 100 stadiums and 30 licensed leagues around the world which makes it very attractive to football gaming fans. Moreover, iconic club competitions such as UEFA Champions League, UEFA Europa League, UEFA Europa Conference League, CONMEBOL Libertadores and CONMEBOL Sudamericana are available in the game.

The game developer also announced that both Men’s and Women’s FIFA World Cup tournaments will arrive as DLCs in “The World’s Game”.

Earlier this year, EA confirmed that FIFA 23 will be the last instalment in the FIFA franchise after ending their partnership with the world football’s governing body. Starting July 2023, the game will be known as EA Sports FC.