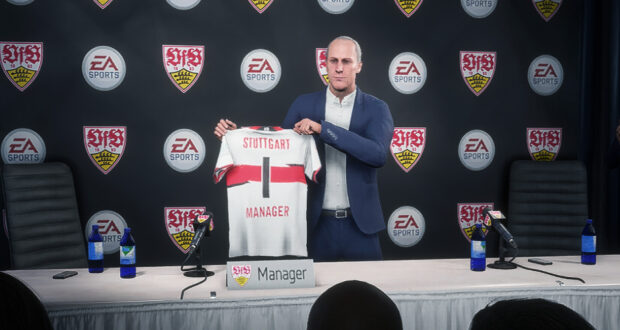 It is that time of the year again when millions of gamers across the world get into a frenzy with the latest addition from the FIFA franchise. If you are anything like us, you’re already getting stuck into this year’s Career Mode, combing the globe for the best bargains and hottest young prospects that football has to offer.

Albeit, Career Mode hasn’t changed much since last year, the most important thing surely has, we have a brand new player roster across the leagues, including talent-packed leagues such as Bundesliga, La Liga and the Premier League, all with updated stats and ratings not to forget to mention updated kits.

15 years is a long time in charge of a football club, so you better pick wisely who you want to be stuck with for the rest of your managerial career. We have therefore, outlined a selection of teams we can’t wait to get our hands on in FIFA 22 Career Mode. Whether you are eyeing for a commanding seasons outfit or a plucky set of underdogs for use in Career Mode, you will certainly want to consider these options over the next 12 months.

First on the list is Spanish La Liga side Athletic Club commonly known as Athletic Bilbao. The club’s motto of “Con cantera y afición, no hace falta importación” (with home-grown talent and local support, there’s no need for imports) holds as much importance today as it did over 108 years ago. The clubs’ focus to have Basque-only players has meant that each and every player has been developed through their clubs youth system or through local youth systems within the Basque region in Northern Spain.

Bilbao are the fourth most successful club in La Liga with eight titles to their name. In the table of Copa del Rey titles, it is second only to Barcelona, having won it 23 times. Sadly however, the club hasn’t won a domestic trophy since the 1980s and are yet to win a European title, i.e. UEFA Champions League or Europa League. 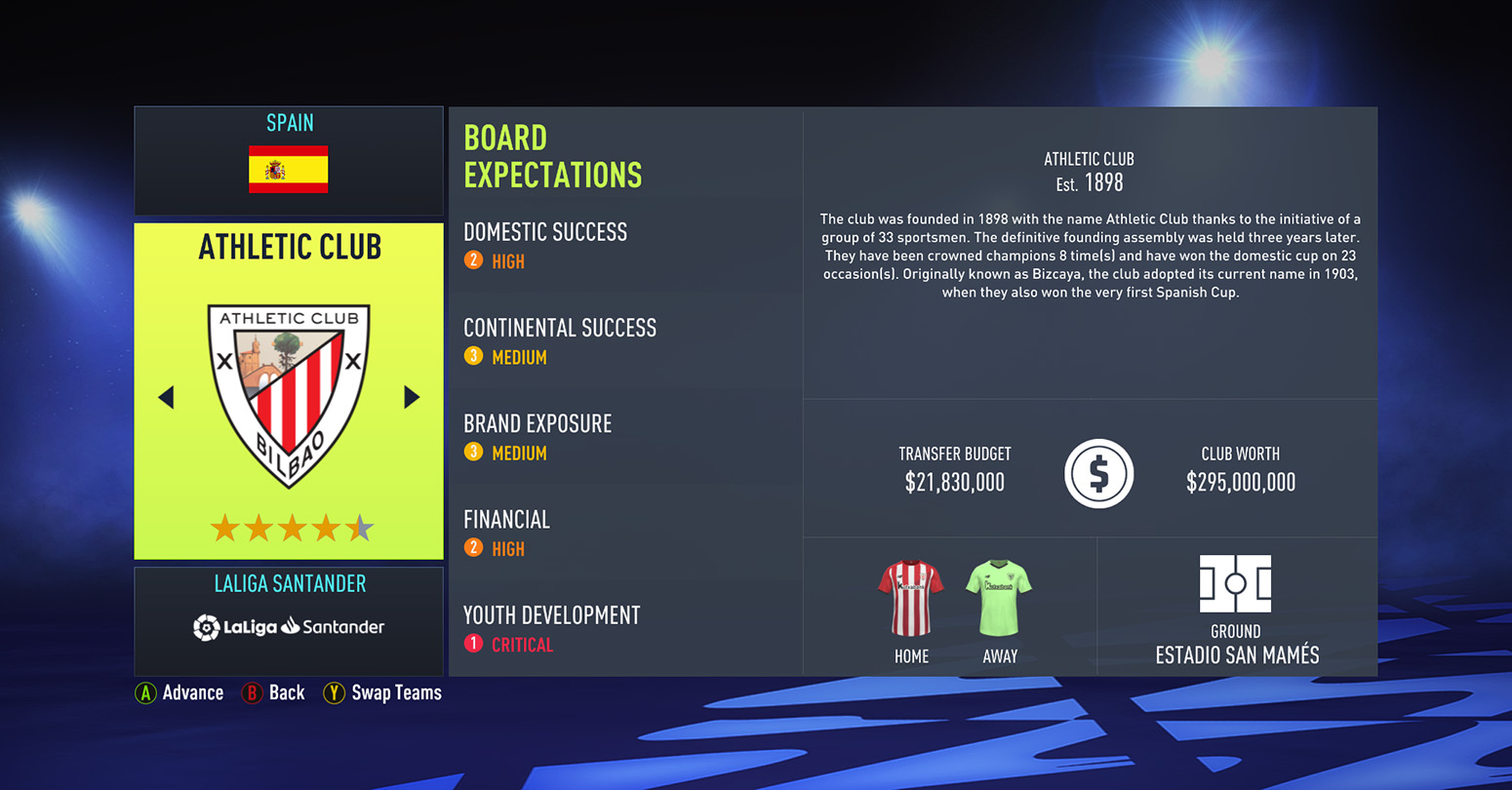 Your mission is to bring glory back to their famous in-game authentic stadium, San Mames while using the club’s long standing tradition of Basque policy. This means that Youth development in Spain must be at the center of your success, you can also bring back players who in reality came up from Bilbao’s club ranks to help you along the way. In case you don’t know which players are from the Basque region, Google is your friend. You think you have what it takes to lead them back to Glory?

Second on the list is Norwich City and let’s start with a little bit of their history. Many may not know this but Norwich City’s fans song “On the ball, City” is the oldest football chant in the world dating as far back as the 1890s. Norwich have won the League Cup twice, in 1962 and 1985. The club’s highest ever league finish came in 1992–93 when they finished third in the Premier League. Norwich is famously known for jumping in and out of the English first division, the Premier League, something that has been haunting the club since the 1970s. 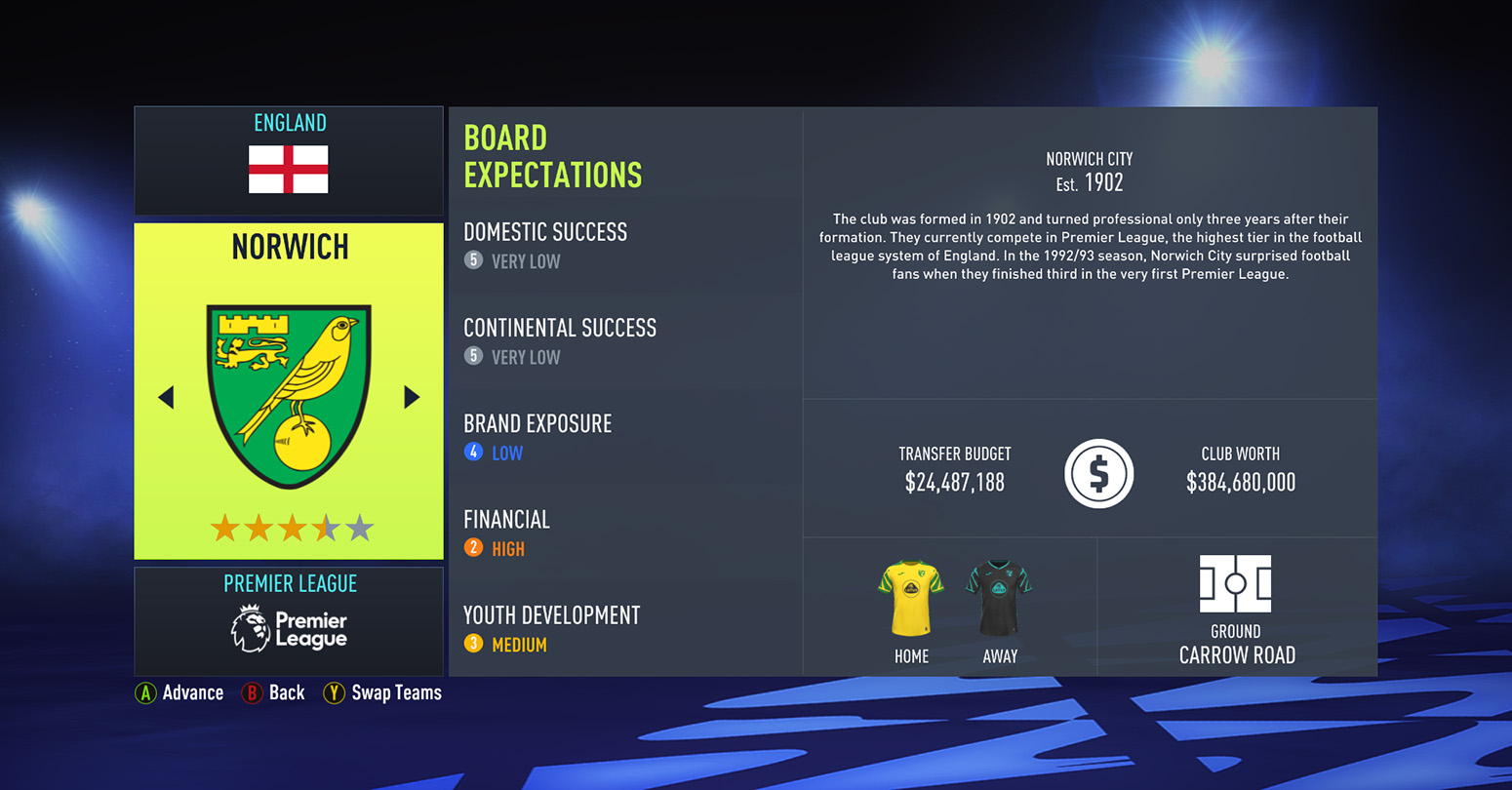 Now what gives Norwich City the honour to make it on this list? Here are some good reasons:

Can you be the man to prove doubters wrong and make history along the way?

Some Career Mode saves don’t have to last long but just serve more as an experiment and that is why Barcelona is third on this list. The Best player in the world, Lionel Messi has finally left the Catalan Giants, how will the club fare without him? Take on the “after Messi Era” in FIFA 22 Career Mode and see if you can bring the club back to the top of European football.

Things are changing at Barcelona, elite members of the squad are either aging or leaving the club and the board giving the famous number 10 shirt to Ansummane Fati means that the club is leaning towards a more youthful side to lead them back to the top. 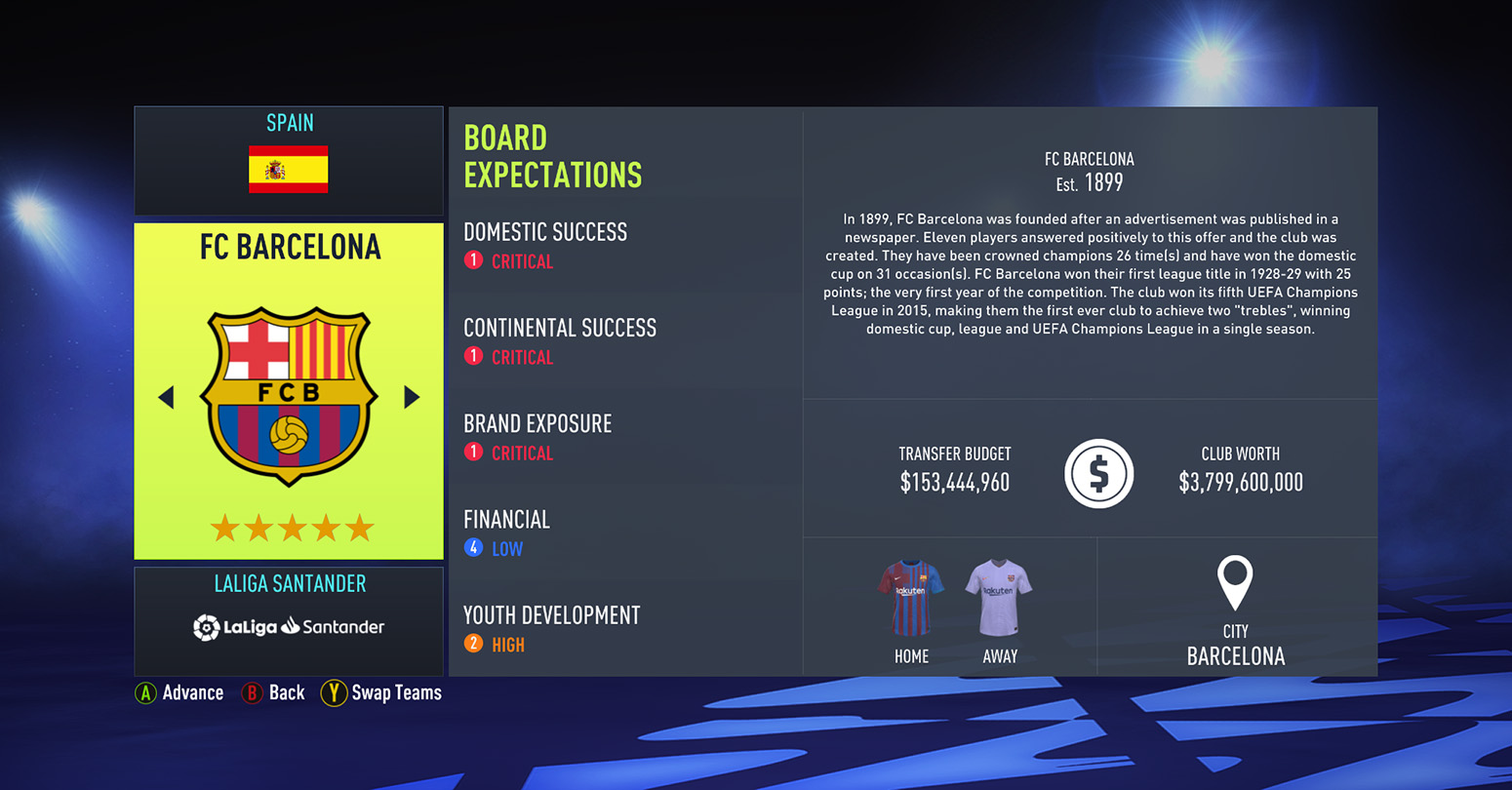 Success is critical at Barcelona, both in La Liga and the Champions League. As a result, the Board has set a stiff challenge of winning the Treble in your first season of FIFA 22 Career Mode. Barcelona has not tasted both the league and Champions League glory in the last 5 years in real life. Can you be the man to change that? Balancing playing time between old and young players will be tricky in the beginning, but the club’s enormous budget should assist in easing the transition from the old guard to the new.

Verein für Bewegungsspiele Stuttgart commonly known as VfB Stuttgart is one of Germany’s most successful clubs. The club has won the national championship, Bundesliga five times, the DFB-Pokal three times and the UEFA Intertoto Cup a record three times. Did you know that Stuttgart Vfb was originally established as a rugby club but was soon replaced by association football within the club, as spectators found rugby too complicated to follow?

Despite their successful history, Stuttgart hasn’t dominated German football since 2006/07 and this has seen the club in and out of relegation battles since 2015/16 season. 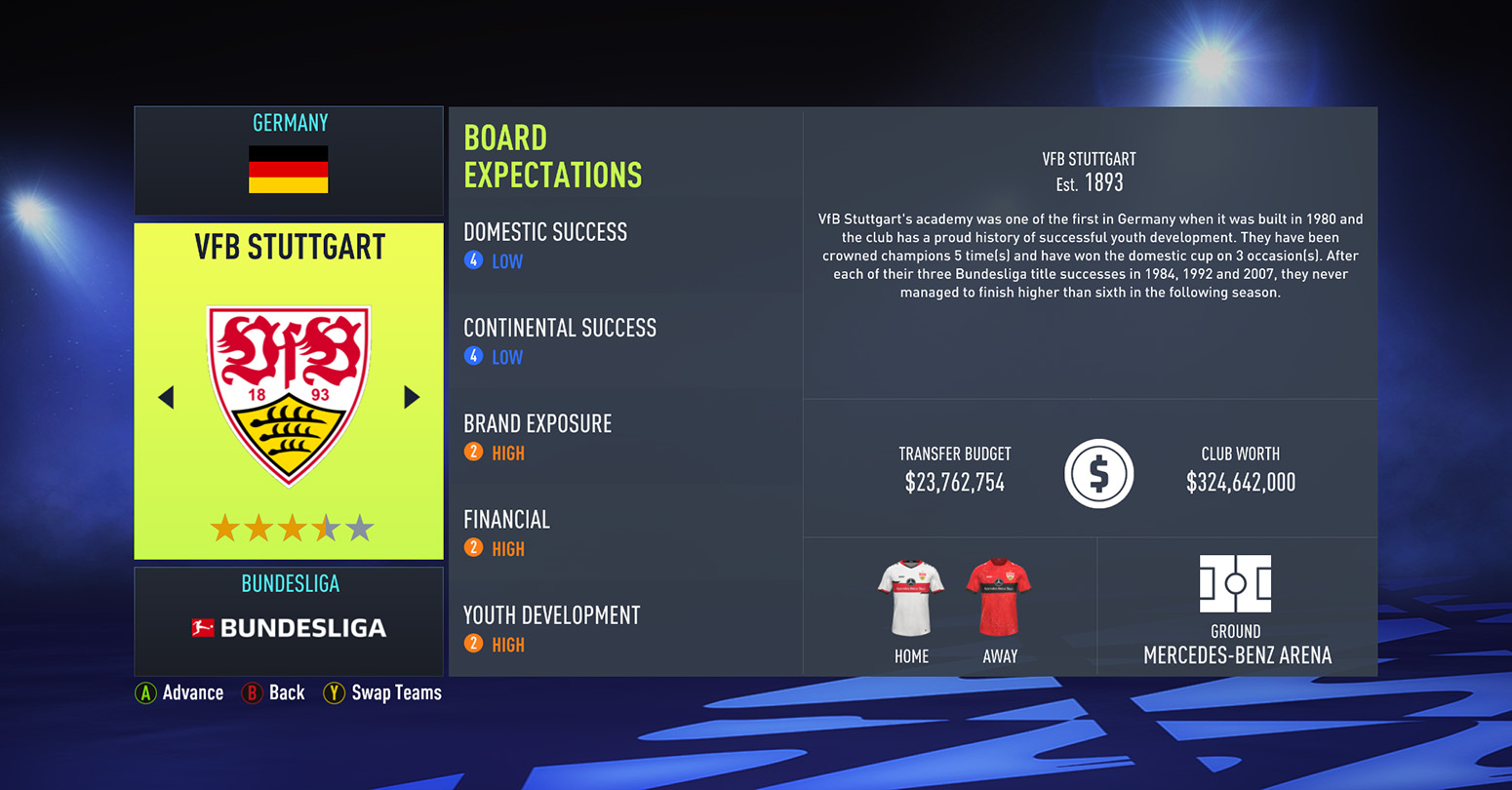 The VfB creditentials for our go to Career Mode team lies in the club’s young squad featuring the likes of Silas, Gregor Kobel and Nicolás González. Their elegant stadium, Mercedes-Benz Arena which has a capacity of over 60 000 spectators. And of course, a successful history.

Lead VfB Stuttgart back to the top of German and European football. It is important to use “InYouthWeTrust” on your journey to success as youth development is at the center of their squad. The VfB has Germany’s most successful program in the German youth Championship and their whole team averages the age of 23.

Olympique de Marseille is arguably the most successful French side, they have won everything before them. To this day, Marseille remains the only French side in history to win the UEFA Champions League. To prove just how supreme they were in the past, Marseille won four back to back league titles between 1988 and 1992. In 1993, Marseille won the Champions League against the almighty AC Milan of Baresi, Maldini and van Basten. 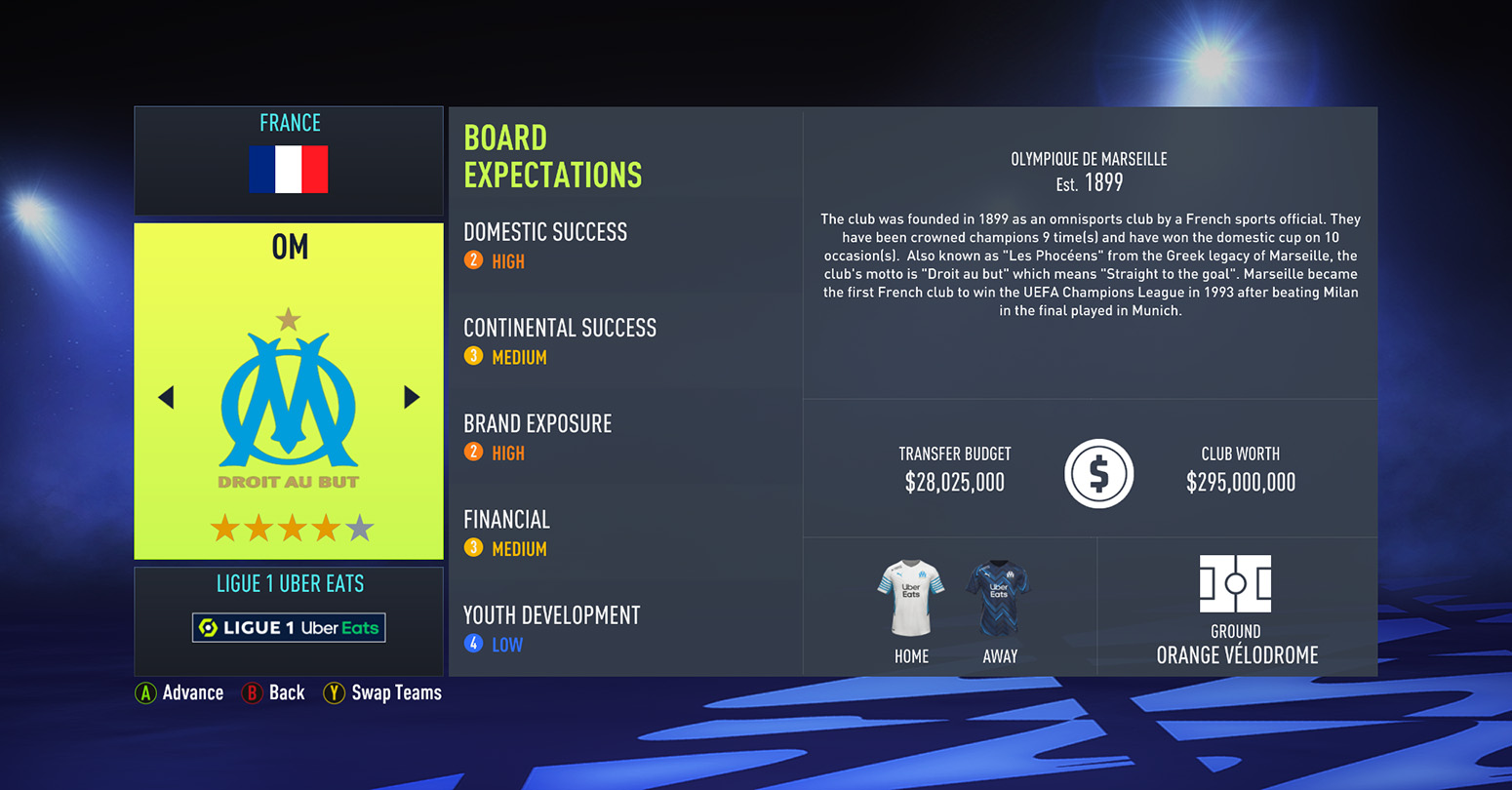 It is true that there was something murky in that victory, since justice condemned the Gauls for fixing a league game. The match in discussion was against Valenciennes, a week before the very final, for their players to arrive at the decisive match rested. The league title was withdrawn from them and they were sentenced with an administrative relegation, but the Champions League title continues to shine in their showcases.

Today, however, it is difficult for any of the above to transpire as the French Ligue 1 is dictated by Paris Saint-Germain. Marseille have not won the league title since 2010 and their most recent success is a French League Cup, Coupe de la Ligue in 2012. They reached the final of the Europa League a couple of seasons ago, but nothing more. Your mission is to return this team to glory and match milestones such as that Champions League final or the four leagues in a row – five, if it wasn’t for those penalties between the late 80s and early 90s.

It’s been a long time since Real Betis last tasted major silverware glory, lead them to their second league triumph in over 85 years and also make history along the way by winning their first European title, UEFA Champions or Europa League. 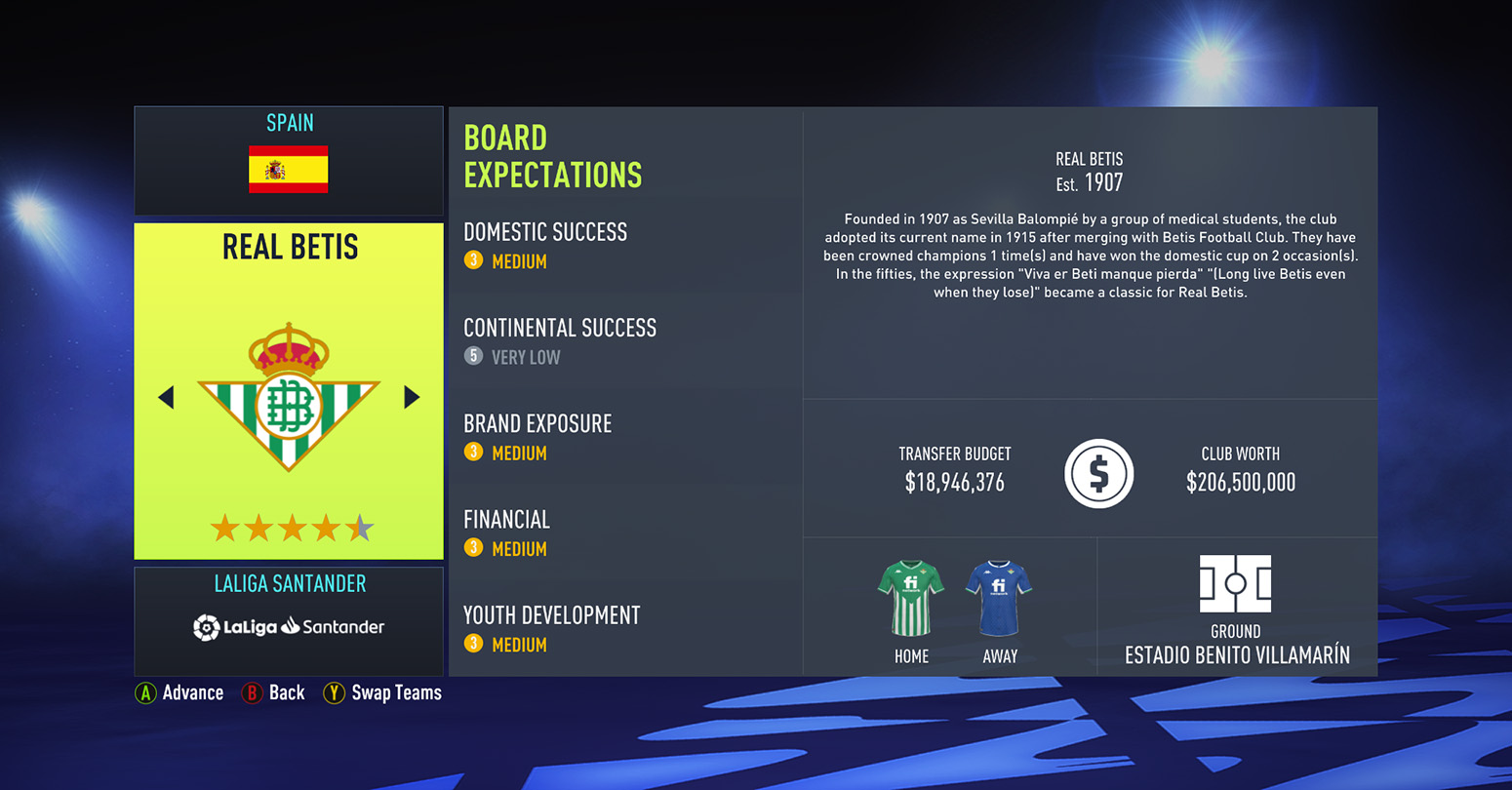 How To Get FIFA 22 Twitch Prime Rewards