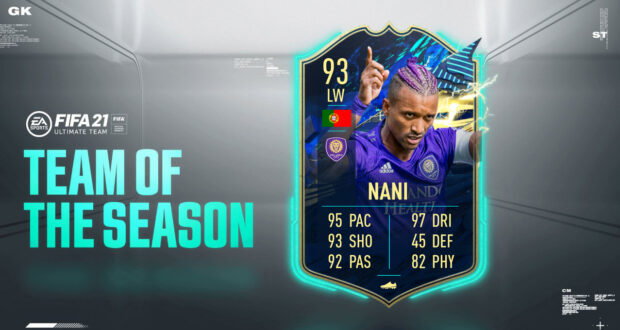 Although the 2021 MLS season is underway, the players featured in this TOTS are the best performers of the 2020 season: 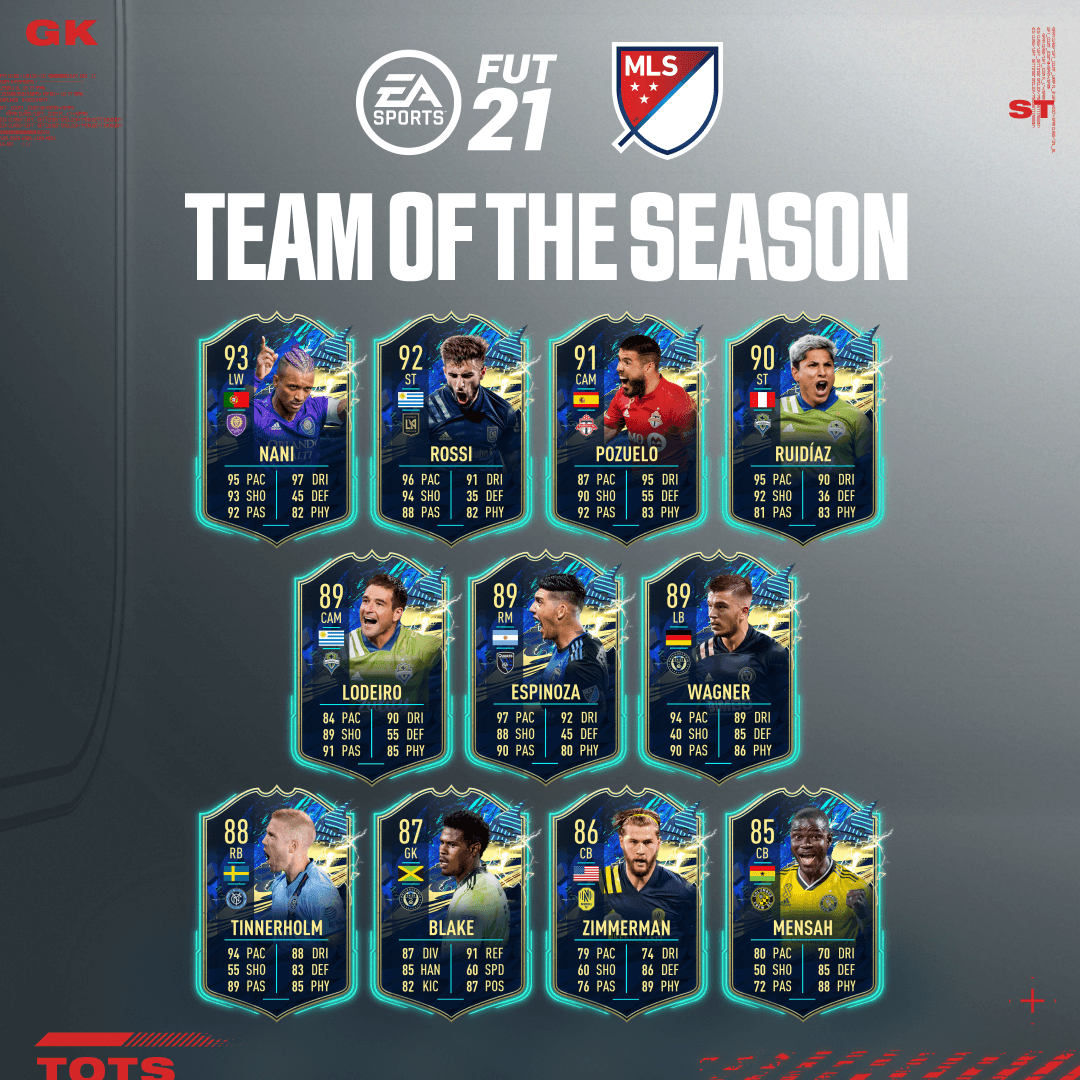 The 2020/21 season also saw rising stars in other leagues around the world like the Austrian Bundesliga, Polish Ekstraklasa or Danish Superliga. Here’s how the Rest Of World TOTS lines up: 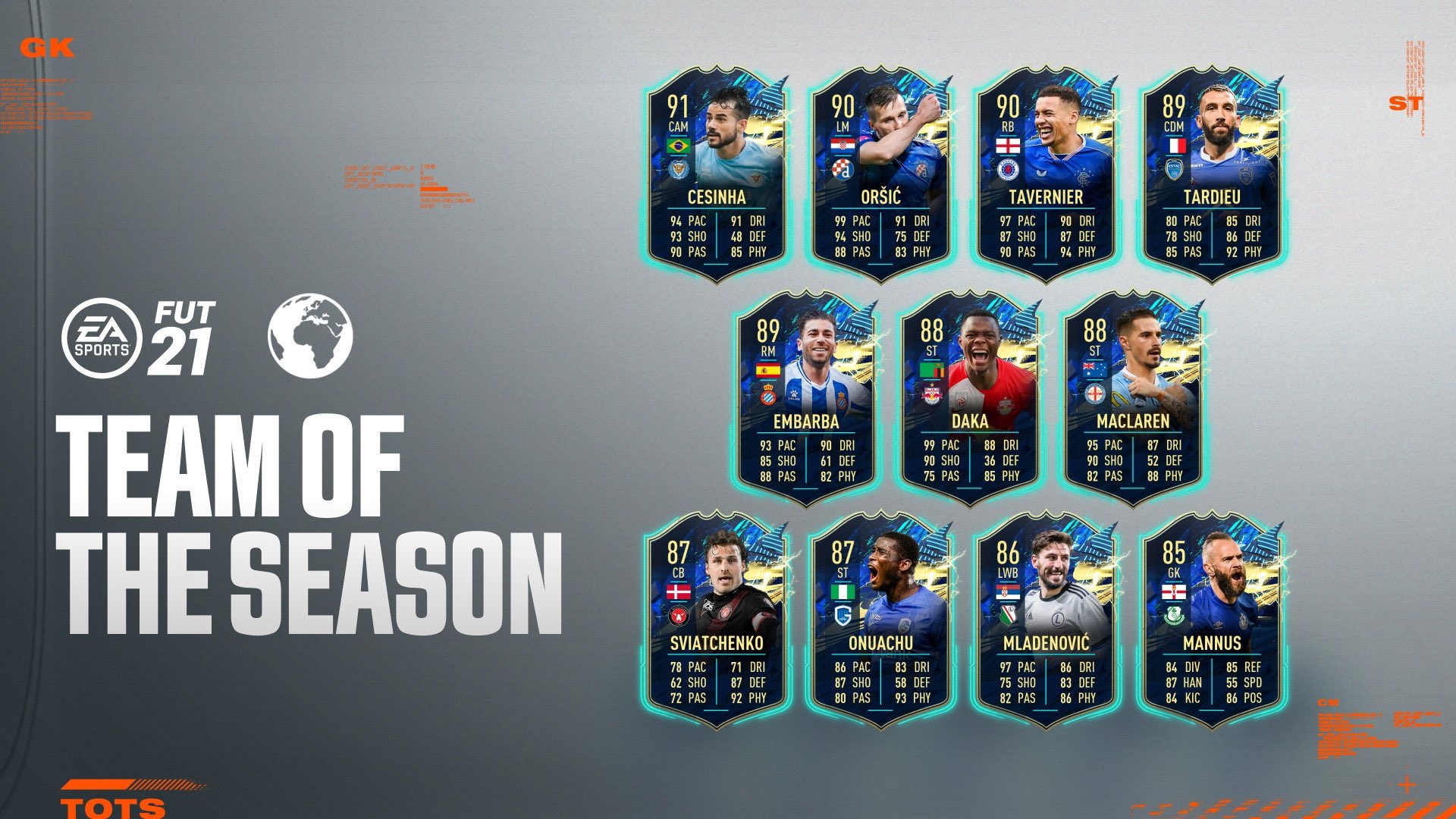 These players will be in packs until next Monday, June 7th.

One of the marquee signings of last season in MLS was Blaise Matuidi who signed for David Beckham’s Inter Miami and made an immediate impact for his team. Thanks to his performances, EA Sports rewarded him with a 91-rated TOTS card obtainable via a Squad Building Challenge that has the following requirements:

You can complete this SBC for around 90.000 coins but you can find cheaper solutions on FUTBin. 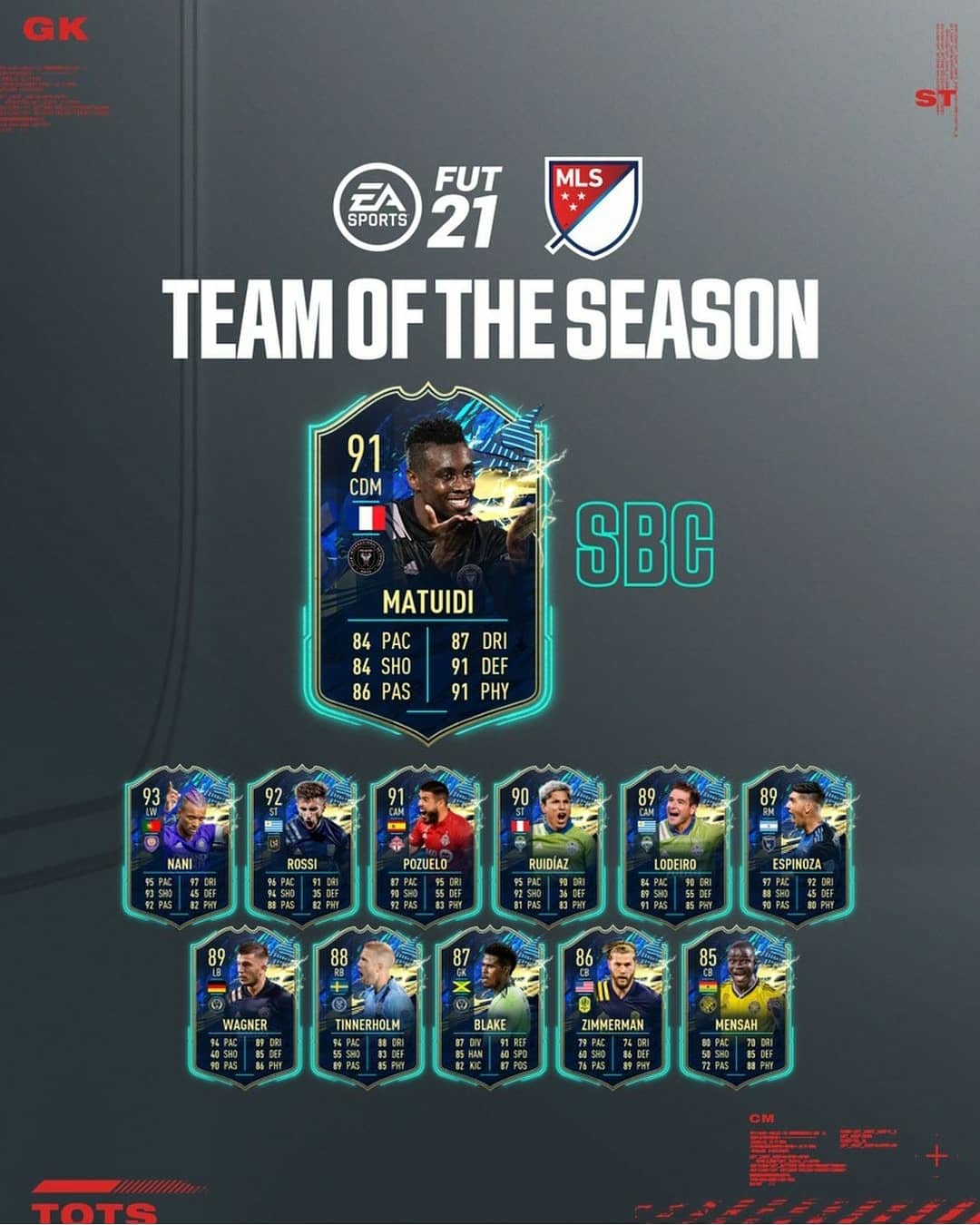 If you’re looking for high rated Argentine striker for your squad in FUT 21 then this is your lucky day! Luis Miguel Rodríguez 91-rated TOTS card is now available as an Objectives Player that you can unlock by completing the next 4 in-game tasks:

For a striker with those stats these objectives are well worth to complete. 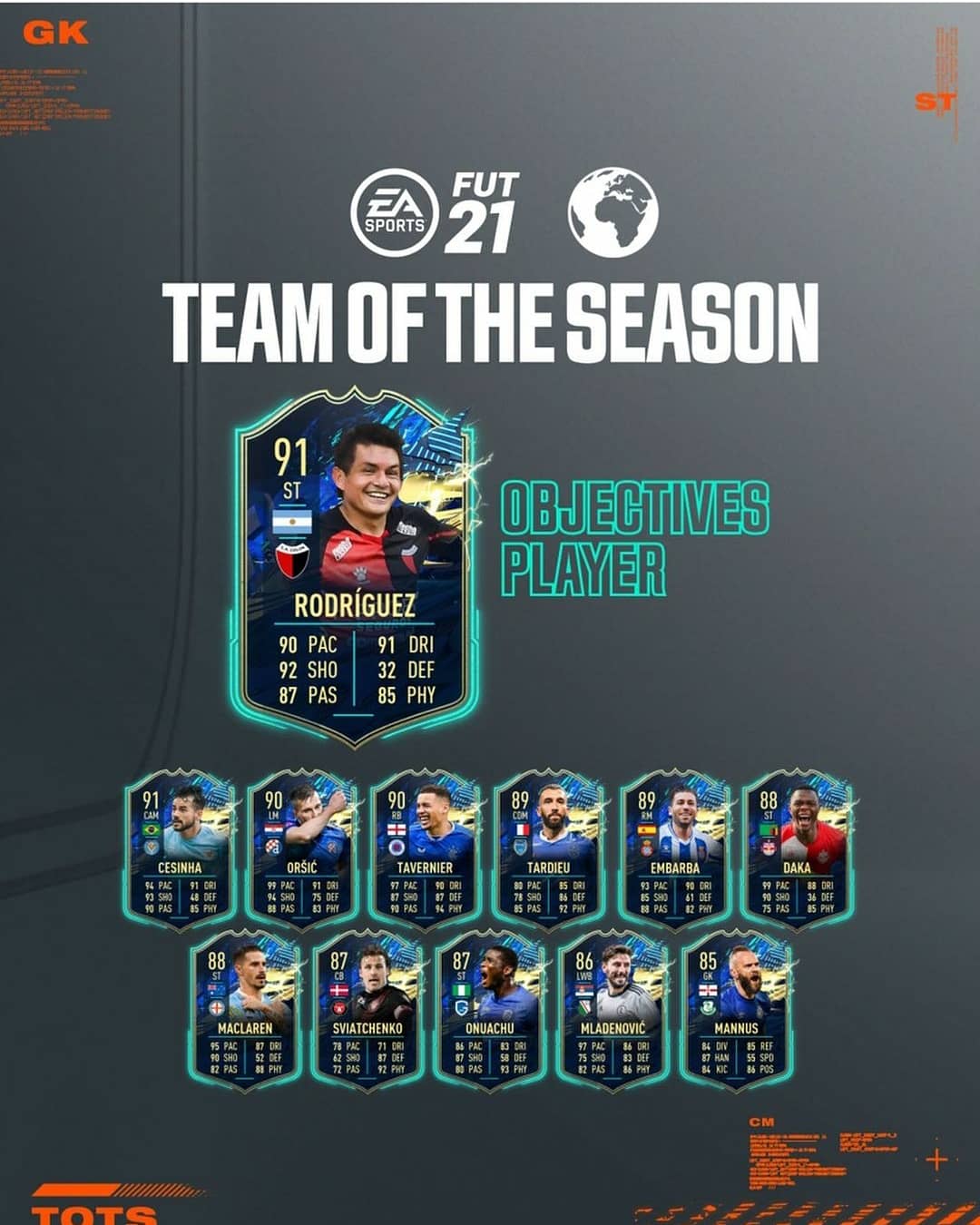 This Friday we will see the release of the final TOTS of this promo, the Ultimate TOTS that will include the best TOTS players previously released. Be sure to follow us on twitter and stay updated with the news when the team is out!