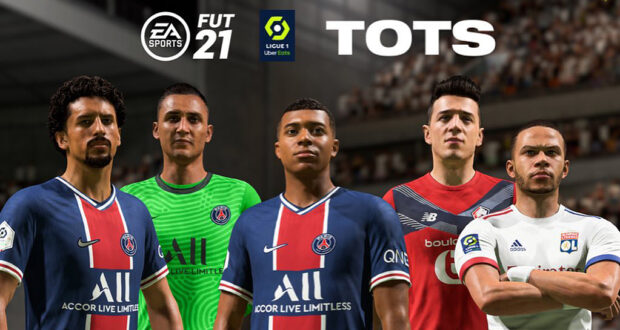 The TOTS promo is nearing its end with three more teams to go. Today EA Sports dropped another major TOTS squad in FUT 21 featuring the stars of Ligue 1 for the 2020/21 season .

The 2020/21 Ligue 1 championship was contested until the very last matchday of the season with underdogs Lille OSC finishing on top and claiming their fourth national title. Their amazing season is reflected by the number of players featured in the Ligue 1 TOTS  together with runners-up Paris Saint-Germain: 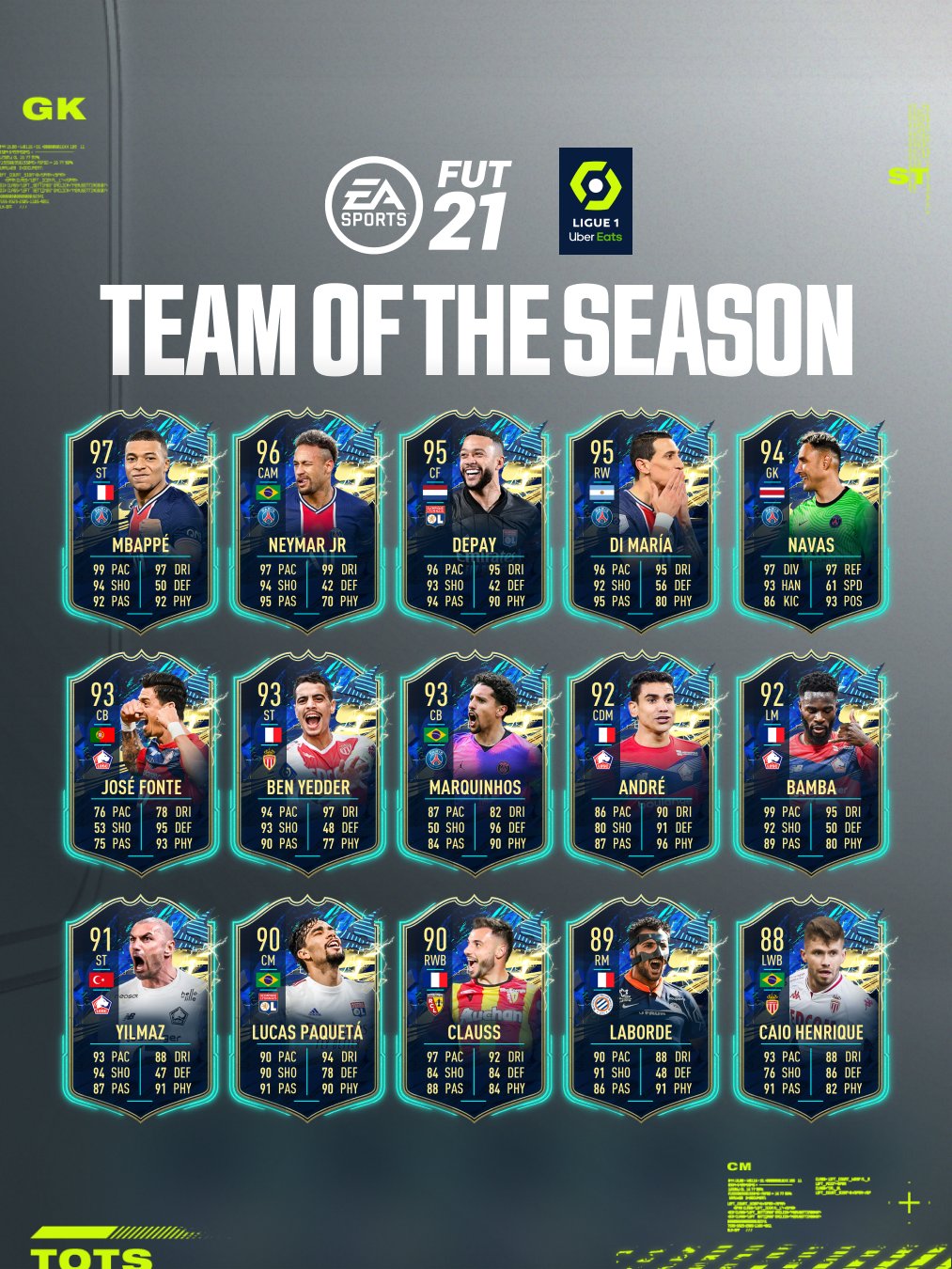 This team will be in packs until June 4th when EA Sports will release the last TOTS, the Ultimate TOTS.

Olympique Lyon midfielder, Houssem Aouar, joins the list of players that had a huge impact for his team this season but didn’t quite managed to make the final 15-men squad presented above. EA Sports released his 93-rated TOTS card via an SBC that you can complete by following the next requirements: 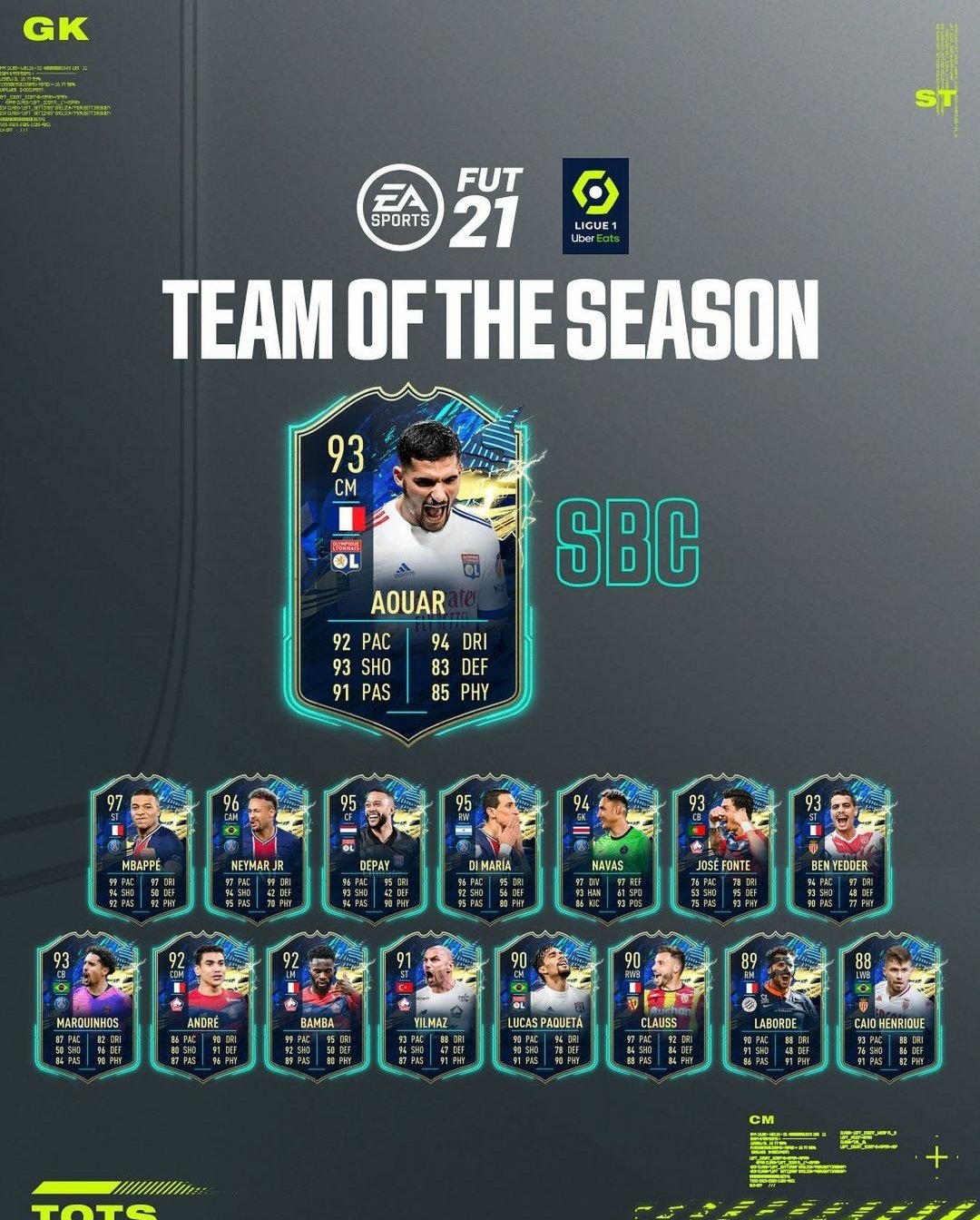 Finally, if you head up to the Objectives section in FUT 21, you will find the 90-rated TOTS Presnel Kimpembe Objective that you can unlock by fulfilling the next in-game tasks:

Please note that this Objective will expire next Friday, June 4th! 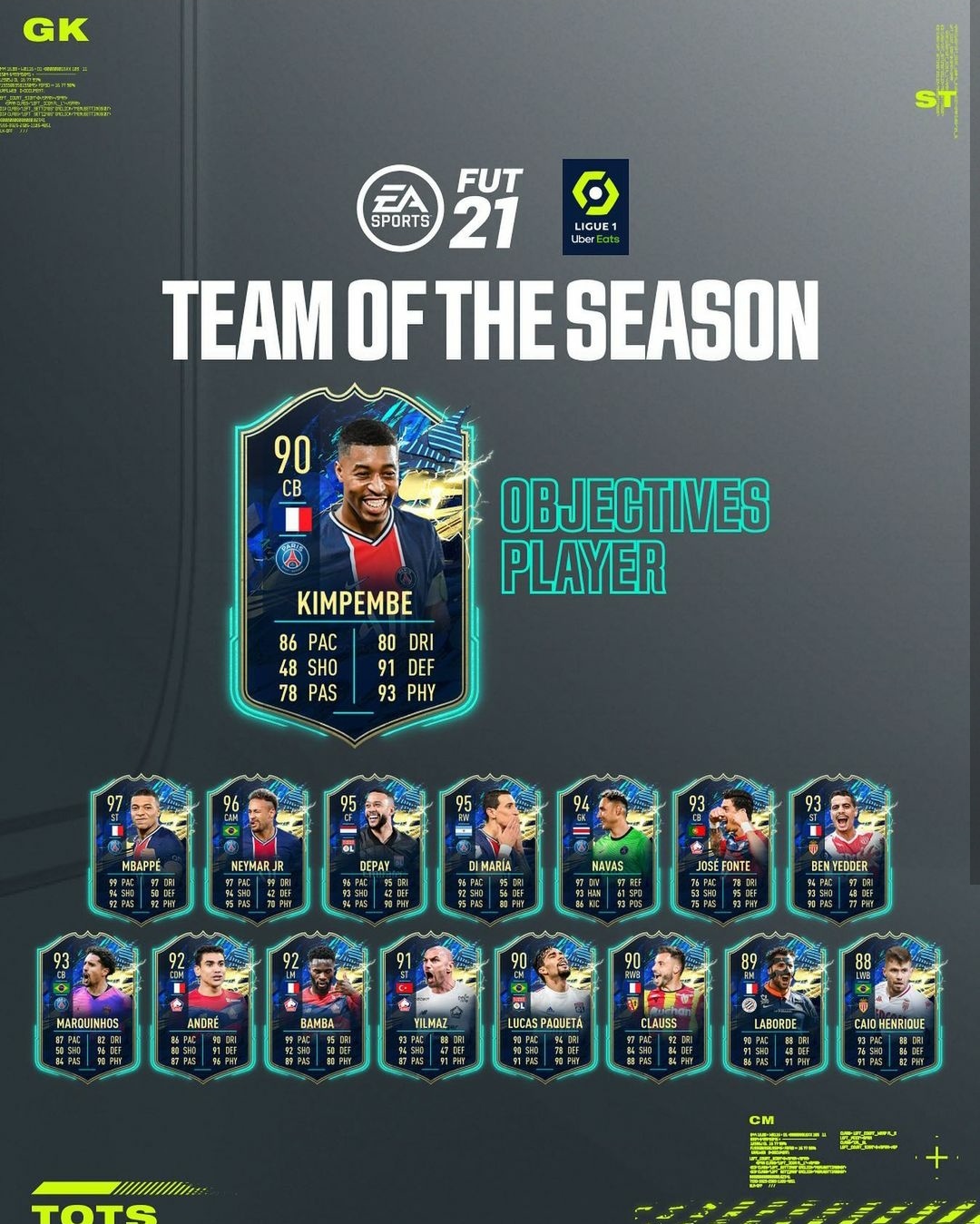