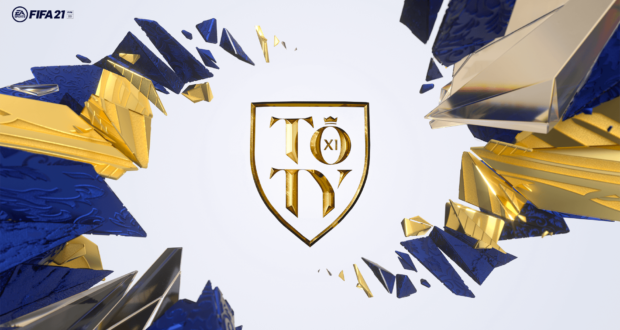 The Ultimate XI has been revealed!

Following the TOTY nominees announcement two weeks ago, EA Sports announced today the most voted 11 players out of the 70 candidates after nearly 10 million votes. While ‘TOTY regulars’ like Cristiano Ronaldo, Sergio Ramos or Manuel Neuer made the team, the FC Barcelona superstar Lionel Messi didn’t made the cut in the Ultimate XI for the first time ever since the introduction of TOTY in FUT.

While this may shock you, fear not as EA Sports might release him as the 12th TOTY player next week. Just as in previous years, the team will be released in packs separately with the forwards hitting the packs first.

With that in mind here is the full TOTY team: 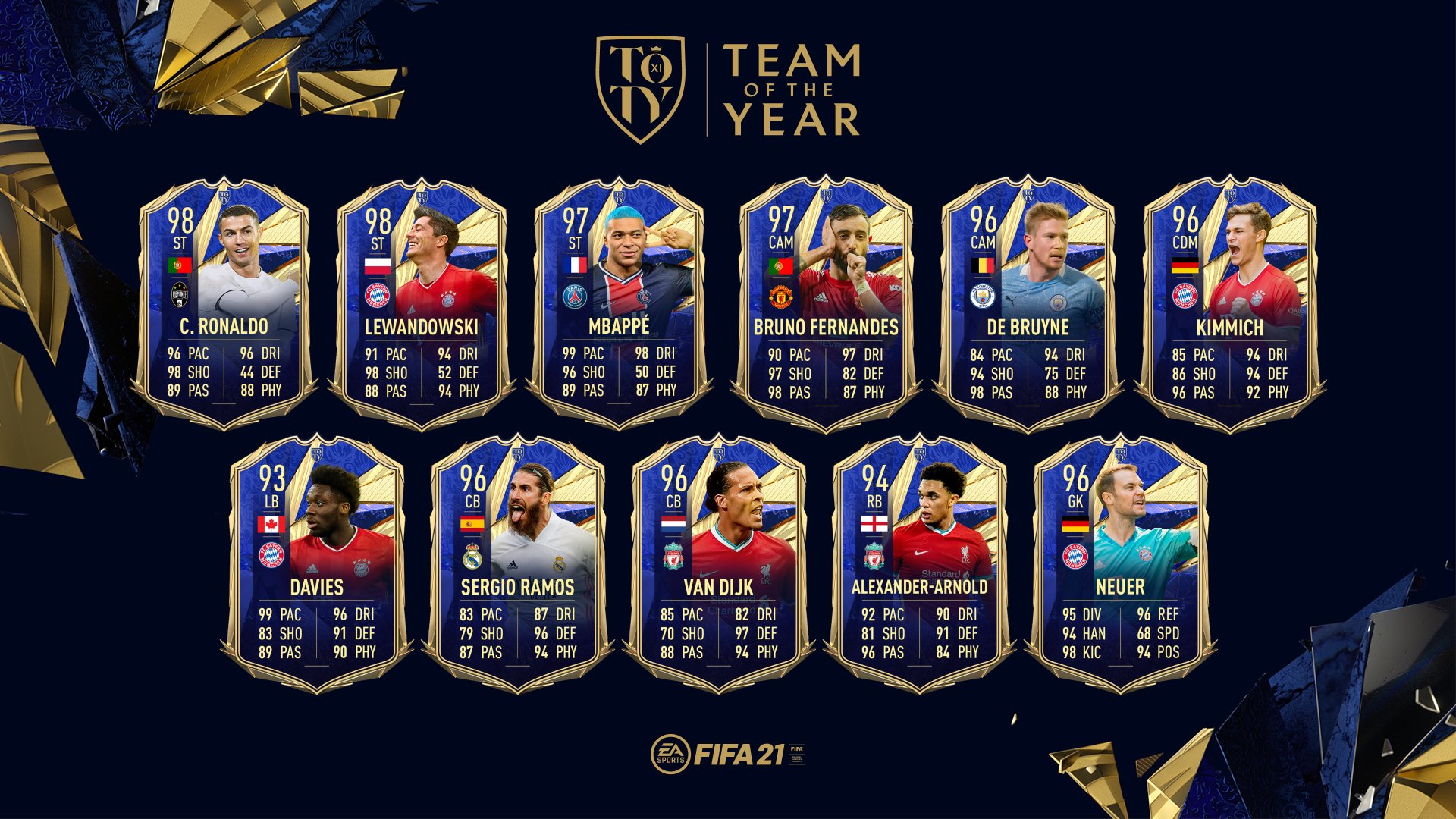 The full team will be available in packs next week.

The full TOTY XI is now available in packs together with the 12th TOTY man which is none other than Lionel Messi! You can also get a 7-match loan card of TOTY Messi by completing his Objective in-game. 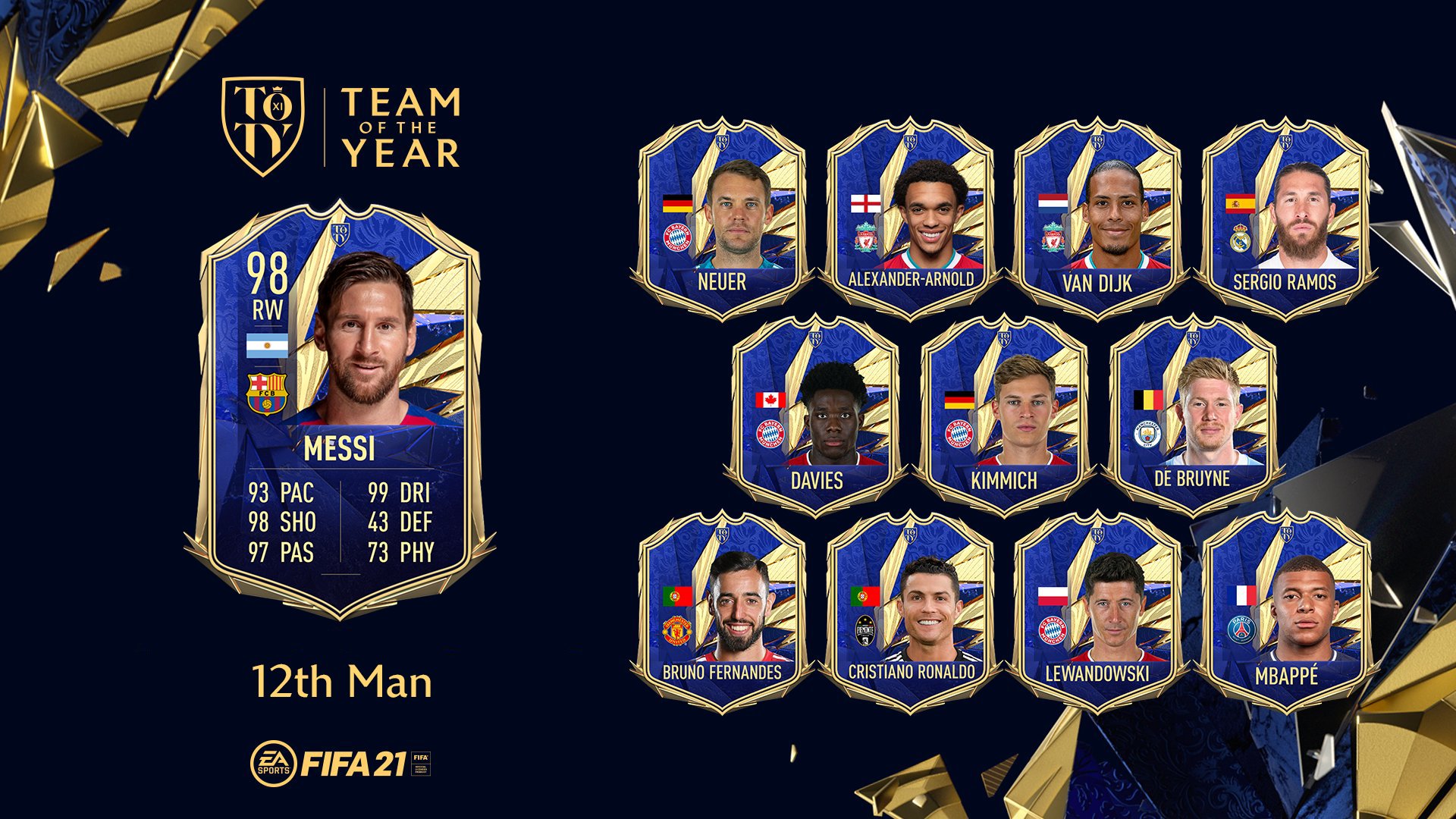 In addition, EA Sports dropped another six TOTY players in packs as Honourable Mentions thanks to their performances in 2020. The mentioned players are: 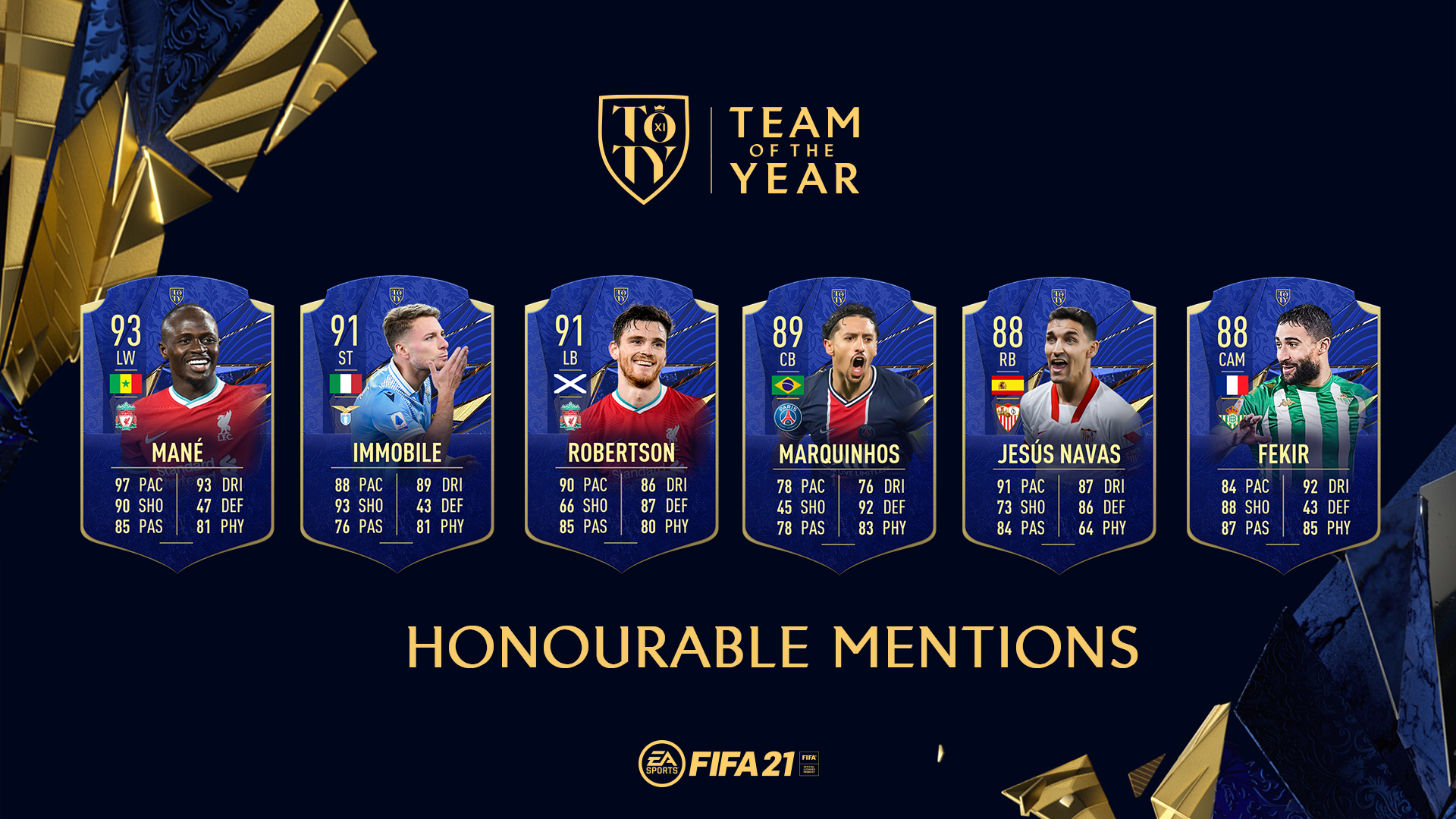 Lastly, you can also unlock another Honourable Mentions TOTY player via Objectives and the player in cause is Aston Villa’s star, Jack Grealish. Here are the task you need to complete in order to get him:

Precise Passer: Assist with a Through Ball in 2 separate matches using English players in the Live FUT Friendly: World Beaters

Letting Fly: Score 3 Outside of the Box goals in the Live FUT Friendly: World Beaters

The objective will be up until February 5th! 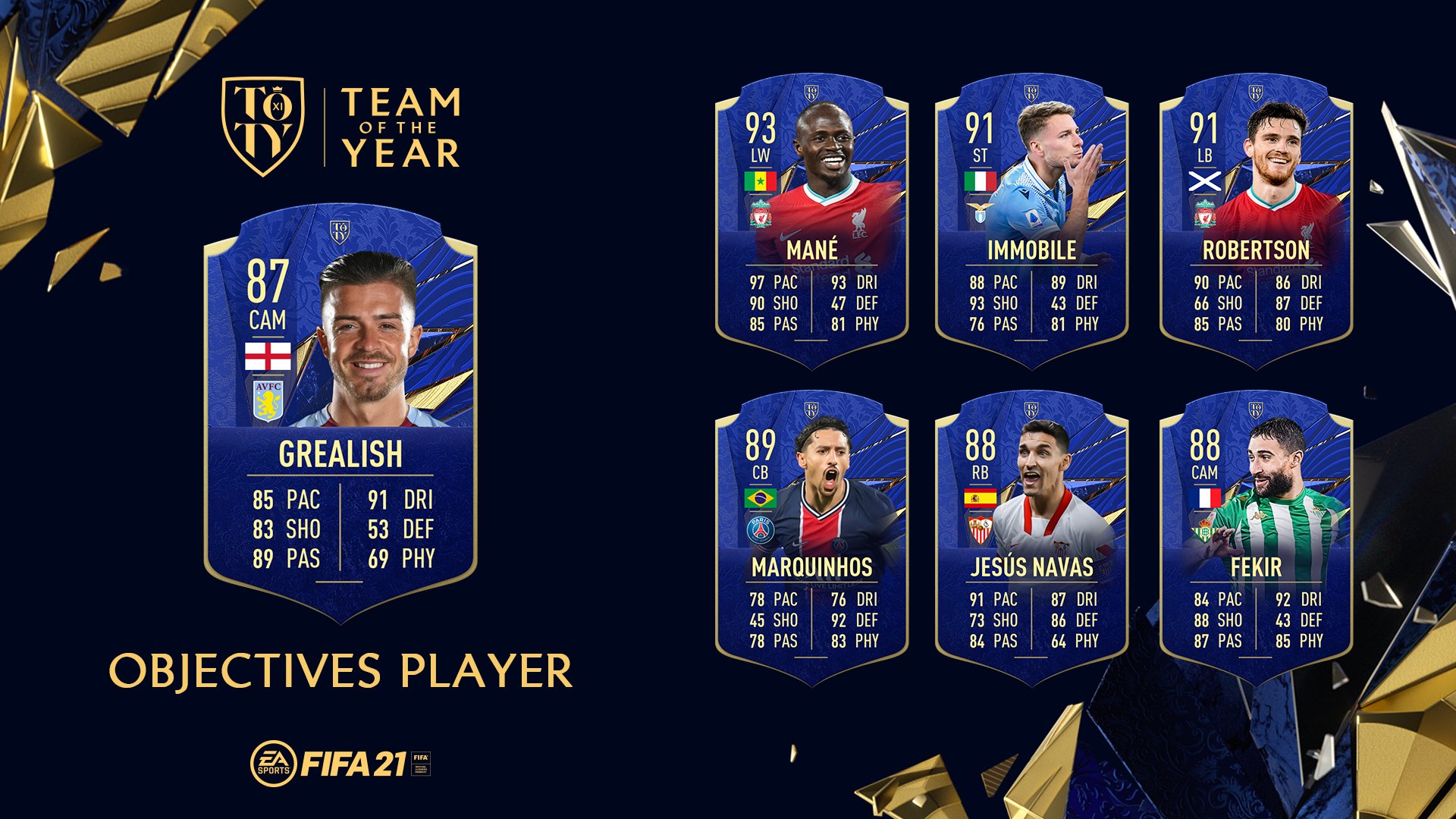