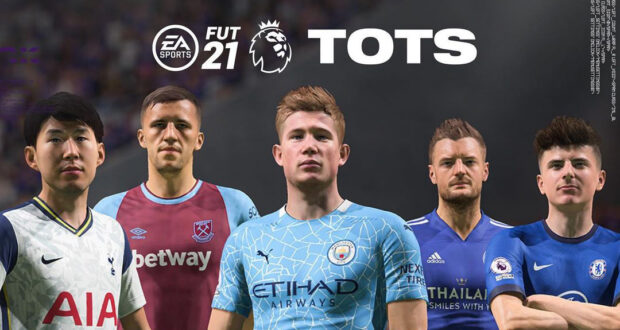 This may come as a surprise for Ultimate Team fans but EA announced the English Premier League TOTS a day before the usual schedule. The reason for this “early leak” is due to the social media blackout that will start tomorrow.

As expected, the team is stacked with high rated cards featuring the best players in the league for the 2020/21 season like Bruno Fernandes, Kevin De Bruyne or Harry Kane. The complete squad lineup presents itself as follows: 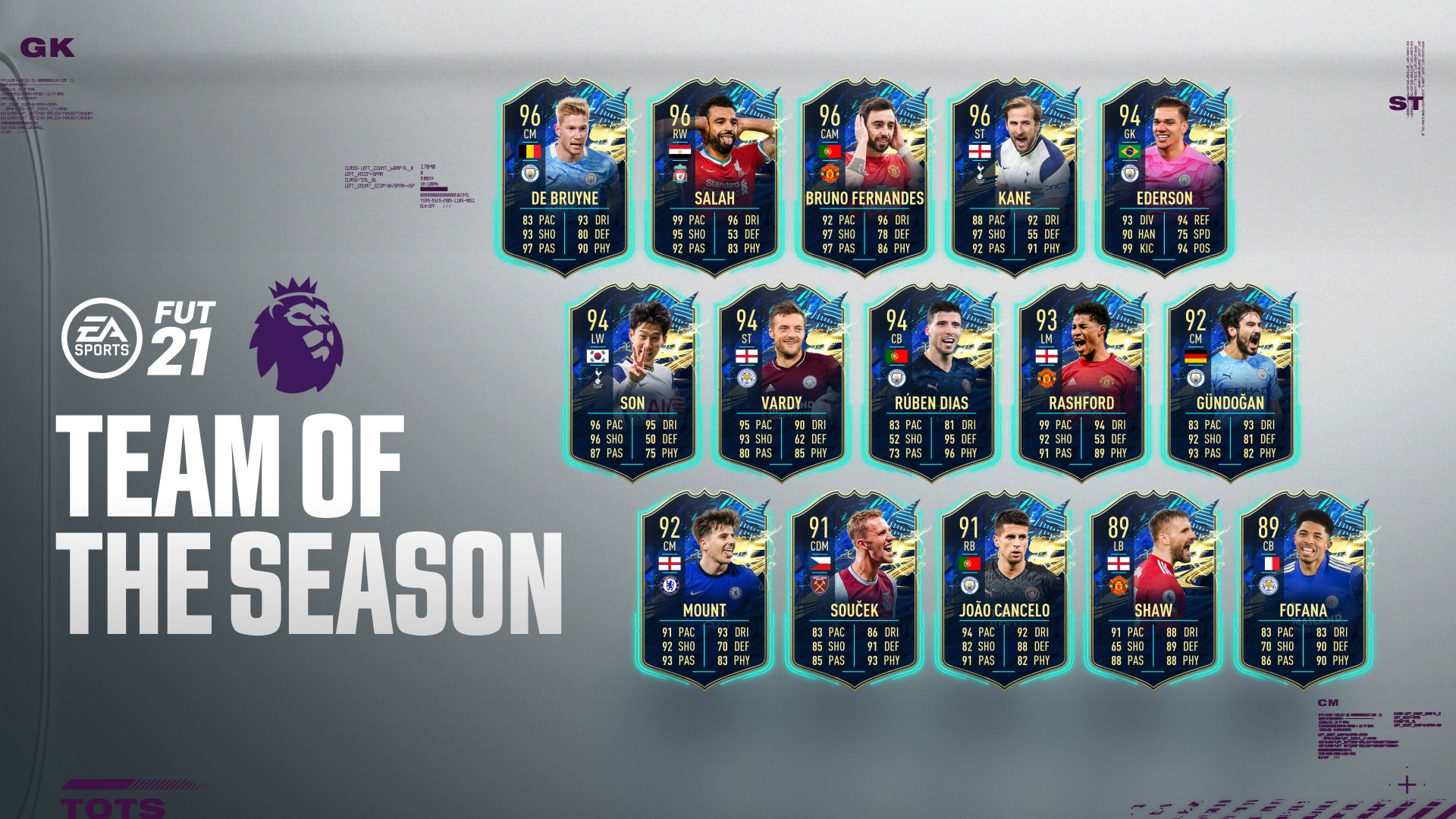 These cards will drop in packs tomorrow at 6PM UK and will be available until next Friday, May 7th.

After the first themed objectives released last week, two new TOTS cards are up for grabs if you’re willing to grind some games in FIFA 21. The new themed Player Objectives feature TOTS Rodri (91 OVR) and Patrick Bamford (89 OVR). Here’s what tasks you need to complete in order to get them in your club: 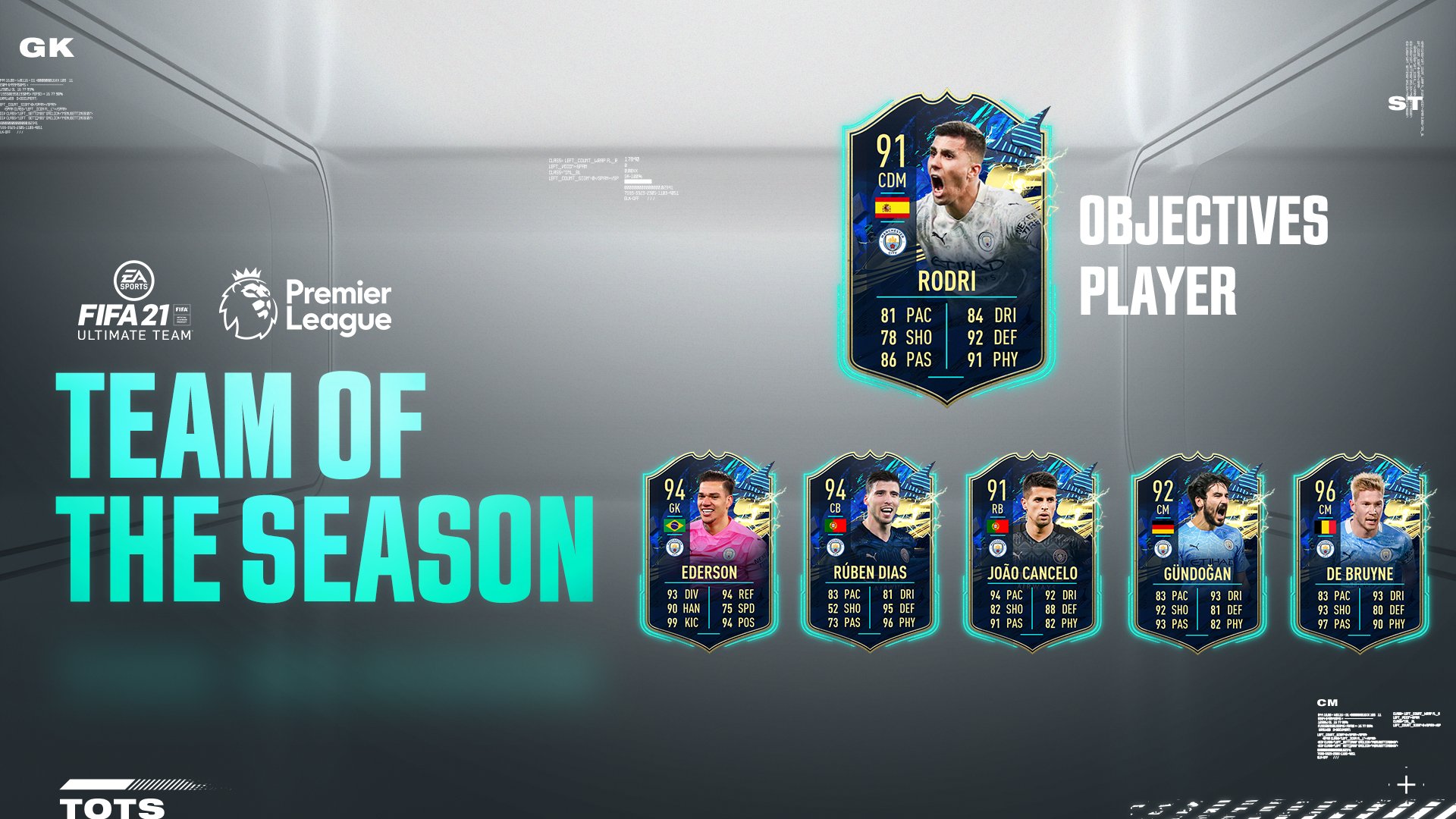 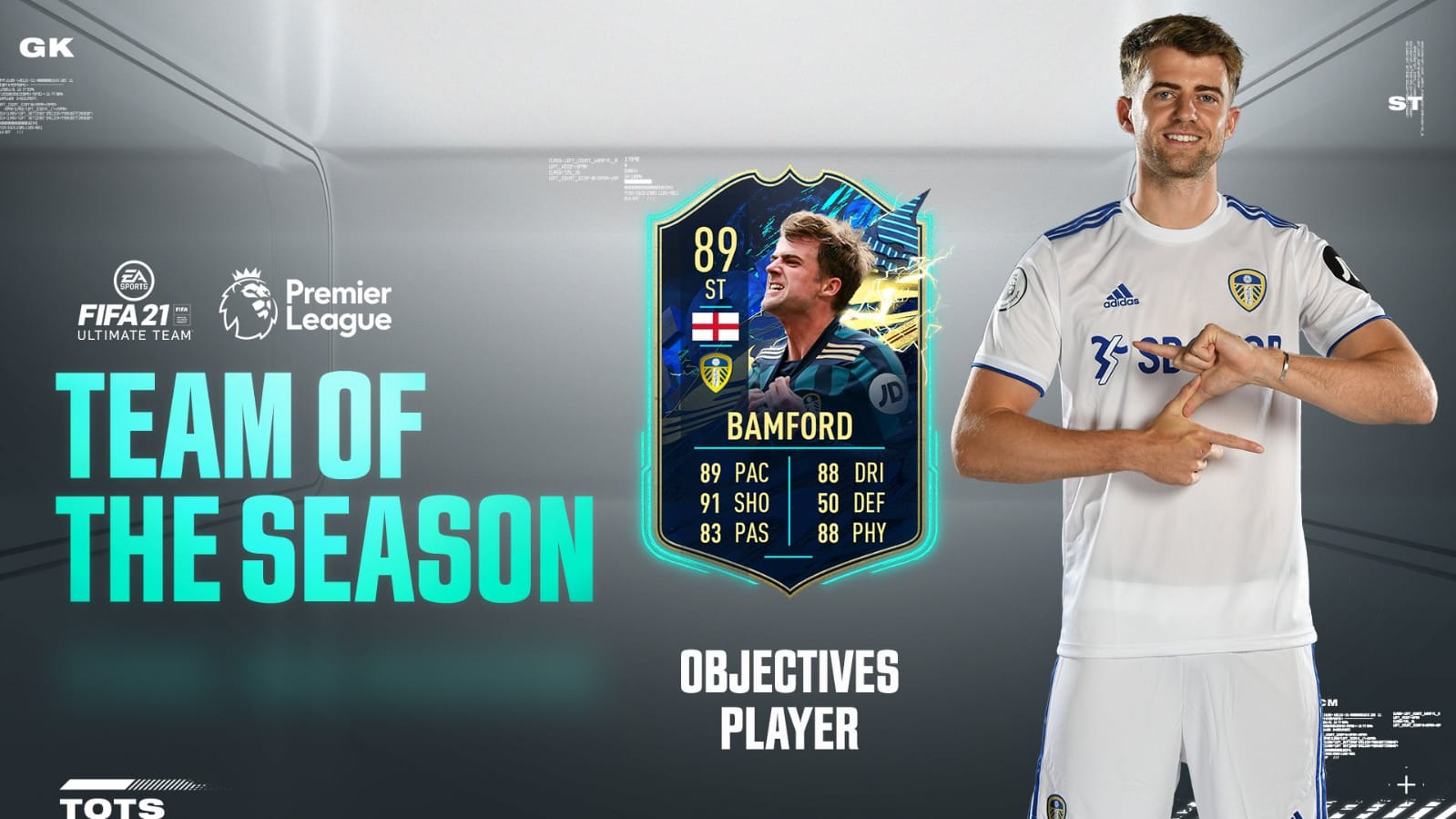 Even though EA Sports won’t share anything on their social media pages tomorrow,  content will still be released in FIFA 21 Ultimate Team and we expect at least one Premier League TOTS themed SBC that we will add in this post once released.

In the meantime, EA dropped a TOTS Moments SBC of Farid Boulaya (89 OVR) celebrating his stunning free-kick goal against Stade Brestois 29. You can unlock this card by fulfilling these SBC requirements:

# of players from Ligue 1 Conforama: Min 1
IF Players: Min 1
Squad Rating: Min 86
Team Chemistry: Min 60
# of players in the Squad: 11
The cheapest solution for this SBC can be found here. Moreover, a new Marquee Matchups SBC is live as well! 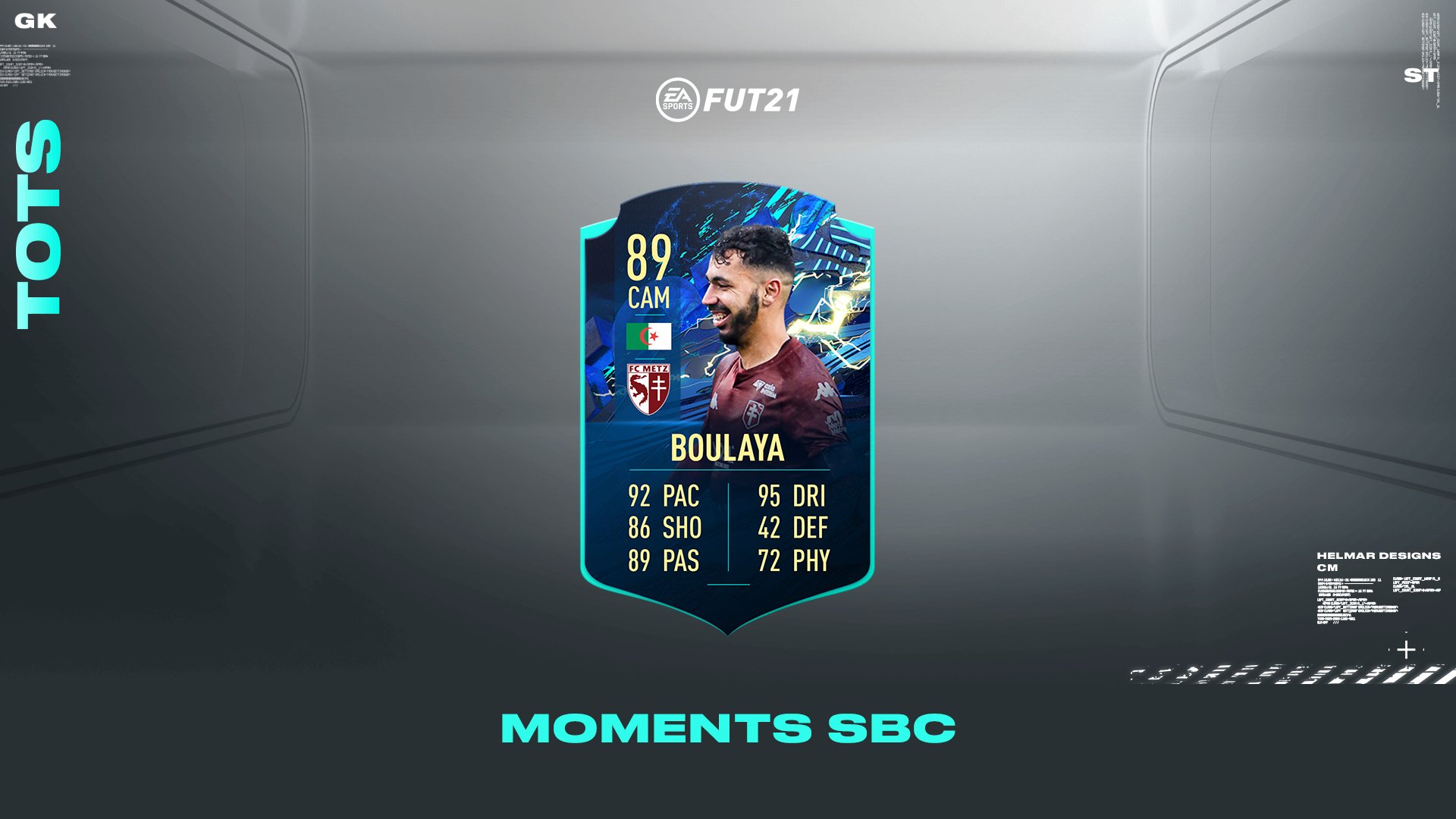 Also, in case you missed it, the Bundesliga TOTS voting is now opened! Cast your vote for the best Bundesliga players of this season and we will most probably see the winners in packs next Friday when the Premier League TOTS expires.