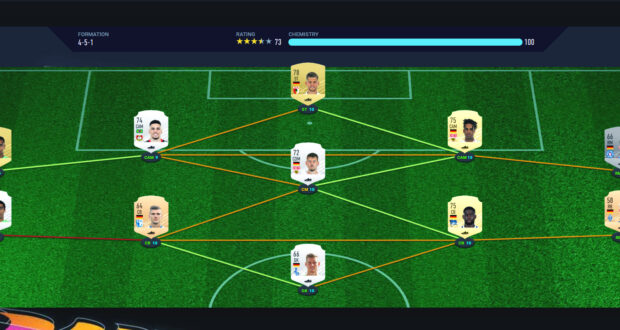 It’s been a tough period for EA following the FUT Icons Black Market scandal but now they are back again in the spotlight after making another ridiculous statement that triggered their FIFA fan base.

Last week we reported EA’s claim that FUT players can achieve their dream squads without spending a dime. Following that statement, one twitter user nicknamed ScudzTV sat down and did the math in order to prove EA wrong. Following his research he came to the conclusion that in order to have a full squad of the highest rated players in FIFA 21 Ultimate Team one should play the game for “22,000 hours or 916 days of gameplay 24/7″ or spend nearly £80,000 on FIFA Points.

So this is "achievable" & here are my options according to you;

His tweet went viral and shortly after an EA spokesman addressed his study with the following absurd statements made in an interview for Mirror:

“There are a lot of assumptions being made in the calculations. For example, you can’t accurately calculate how many coins you would earn from trading as that would depend on your skill as a trader. There are also other aspects of the game that contribute to building your club such as SBCs, Objectives and Draft, which have to be accounted for as well.”

“As importantly, FIFA is a game of skill. The skill of the player is the greatest factor in the outcome of matches or challenges in FIFA — a strong player can be successful whether their team is bronze, silver, gold or a mixture of all three. You don’t need the highest rated players in the game in order to win. In the real world, no football club has the world’s highest rated players in each of the 11 positions.”

Yes you read that correctly, according to EA you can be a successful FUT player with bronze or silver player in your squad, something that is nearly impossible with how competitive the game mode is today no matter how skillful you are. This only proves how out of touch EA currently is with their own game and fan base.

EA Sports FIFA Game Changer @MavricPlays even posted a video calling EA’s responses an “embarrassment” and that they “basically spat on everybody in this community” with these statements:

EAs responses to the Mirror and why it’s sooo bad #FIFA21 pic.twitter.com/9dR4ijWO2v

We don’t know how EA will address this PR mess but they will most likely sweep it under the rug as they usually do or come out with another generic statement on how much they value the community and their clients. At this point we can only wait and see.