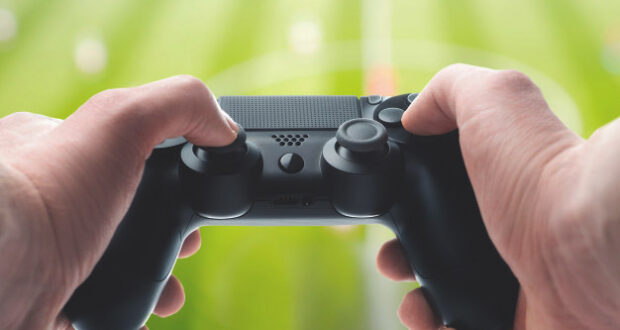 EA has always been known for its excessive monetization of its games. Almost all of their titles contain microtransactions. Be it Battlefield, Star Wars or even Apex Legends, the presence of “loot boxes” is evident. Loot boxes are bundles offered inside a game as a separate purchase that players can buy to give them an advantage over other players or purely as bonus items. This creates a ‘pay to win’ system that severely limits users who don’t engage in microtransactions.

In FIFA, these loot boxes appear in the form of “FUT packs”. There is a dedicated fanbase in FIFA Ultimate Team that it’s growing exponentially with each installment of the game. Each year consumers are trying to get the best players in the game and build the best team possible from scratch by getting these player items through such packs, purchasing them using FIFA coins. The said FIFA coins are earned by playing FUT matches against other players and bonus coins for winning. So, if packs can be bought through FIFA coins, you may be wondering why FUT Packs are considered loot boxes/microtransactions.

Well, for people who cannot earn enough coins from playing games or learn how to trade, EA has another monetary system in place called FIFA Points. These are coin tokens that players can purchase in-game with real-life money which can then be used to buy the FUT Packs. This is where the problem arises and is something the FIFA community has been strongly against. FUT Packs are completely randomised and the odds of getting a particular player or a valuable card are very minute. And since the outcome of a Pack cannot be predicted, this essentially becomes a game of chance. This distinction causes ‘buying FIFA Points to open Packs’ to fall under Gambling.

To tackle this issue, countries have started taking notice of this system and are working to classify and potentially ban loot boxes altogether. FIFA is a PEGI 3 rated title, meaning anybody above the age of 3 is allowed to play it. If the game is declared to have gambling elements, FIFA has to be rated PEGI 18 at least. Signs of a potential ban have already started showing with both, Belgium and Netherlands, banning FIFA Points (and loot boxes for other game titles).

As of June 8th 2020, the UK has also joined this movement with the Department of Digital, Culture, Media, and Sport (DCMS) launching an investigation into loot boxes and classifying games with such mechanics as gambling products. Loot boxes are currently not classified as gambling in the UK and almost every other country but with a serious increase in third party sales of FIFA Points (and loot boxes for other games), it is only a matter of time before the UK places a ban on them, forcing publishers to either remove the system completely or receive a “Gambling” tag to their ratings. EA, 2K Games, and Blizzard are some of the publishers likely to be the most affected by it.

The DCMS select committee heard evidence last year that loot box winnings can be easily exchanged for cash on third-party websites and that their use by game developers was likely to “facilitate profiting from problem gamblers”. The evidence submitted and findings drawn from them will “provide a solid foundation for future steps.” These will be considered alongside a review of the Gambling Act. If the UK does manage to ban FIFA Points, other countries are most definitely following in their footsteps and placing their respective bans. This may completely remove the FIFA Points system from the series, returning the FUT mode to normalcy and thus forcing EA to focus on the other (neglected) game modes in FIFA.

To put this to perspective, EA has reportedly earned $1.49 billion in net revenue through just the Ultimate Team Modes of their titles (FIFA, Madden, etc.). This might just be the push EA needs to steer FIFA back on track and give players the hope of a great Career Mode and some deserved love to Pro Clubs. Watch this space for further updates!