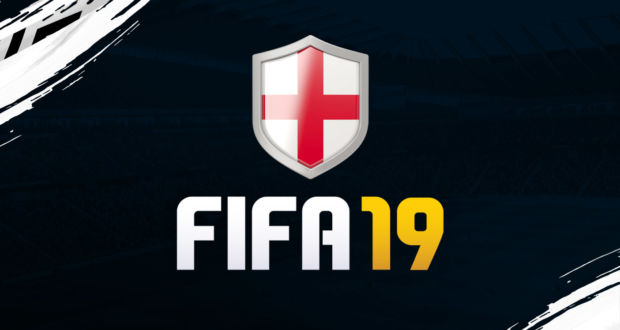 North England vs South England: Who Would Make the Cut in FIFA 19 Ultimate Team?

Which half of England produces the best footballing talent? This a question that was recently tackled by Betway and one that we thought would be interesting to approach from a FUT perspective as well, using the current FIFA 19 standard players and icons to make it even more interesting. 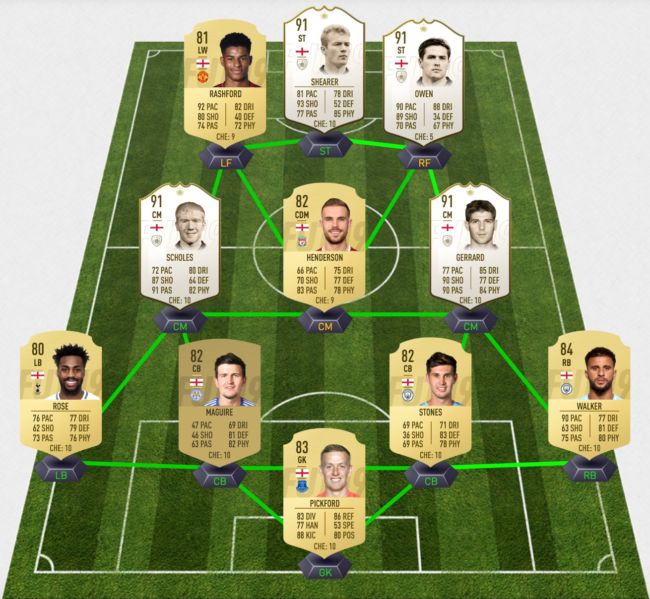 Beginning with the north of England, selecting only players and icons born/raised in this half of the country, we opted for a 4-3-2 -1 formation.

There was little doubt who would play in goal and current England number one Jordan Pickford is a safe bet between the sticks.

The back four looks very solid with Walker, Stone, Maguire and Rose, all of whom represented England during the World Cup in Russia.

Moving into the midfield three and this is where we find our first icons with both Steven Gerrard and Paul Scholes making the team.

Gerrard possesses great energy, passing and shooting skills plus Scholes also has fantastic passing stats, making them a fearsome duo.  The pair are joined by Jordan Henderson, who offers a slightly more defensive option and could sit back when the other two players and full-backs move forward.

There is no doubt Shearer would be the central striker, offering strength, the ability to hold up the ball and to get into the box and finish any chances which come his way.

Owen and Rashford both offer great pace and will be looking to get in behind the defence of the opposition, causing havoc with their dribbling. Jamie Vardy just misses out although with a rating of 82 could arguably be included in place of Rashford – although the Man United star fits the LF position better than the Leicester striker would. 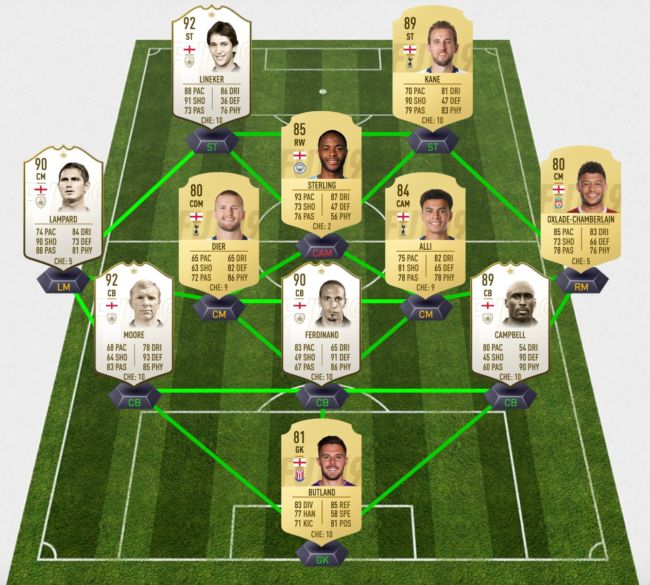 Moving down south, selecting only players and icons born/raised in this half of the country, the formation changes to 3-5-2, with Jack Butland in goal, who was born in Bristol. Nick Pope could arguably be used in place of Butland although he has a lower overall score on the game.

Moving into defence and this is where the icons come into play for the south.  A back three of Bobby Moore, Rio Ferdinand and Sol Campbell is immense and head and shoulders above what the north have to offer in terms of their current day offering.

Reading of the game, composure, tackling, heading, passing and pace is what makes a great defender and the south team have these bases all covered in their back three.  However, the wide midfield players were a problem and much like during his England career, Frank Lampard has been pushed out to the left flank.  Lampard will hope to link up with the attacking play from the left and make those excellent timed runs to the penalty area and finish any chances which come his way.

Alex Oxlade-Chamberlain plays wide right for the south team and despite featuring more centrally for Liverpool recently, it is a position he is familiar with from his time at Arsenal.  The current Spurs and England duo of Eric Dier and Dele Alli patrol the central midfield area, with Raheem Sterling of Manchester City operating in the hole between the strikers.

Dier will sit in-front of the back three, while Alli will have license to join the attack whenever possible.  Sterling can pick up positions between the midfield and defence of the opposition, getting the ball and linking with the strikers to create and score goals.

Despite packing the midfield, it’s the north who have the edge in terms of overall quality.  Scholes and Gerrard are a once in a life-time combination and it is tough to make a case for the south team which features several players playing out of position.

Finally, on to the attack and the south have an icon in their ranks with Gary Lineker and a current star of the national team, Harry Kane.  Lineker is the third highest scorer in the history of the England national team and Kane is the man presently leading the line with distinction.  At the time of writing Kane has 19 goals for England and will surely be remembered as one of the great English strikers come the end of his career.

There is little to choose between the forward players in the north and south team in terms of quality but perhaps the north has a better balance.

Looking at the FUT teams position by position it appears the north has the superior quality and would come out on top but there is no denying the south have a tremendous defence.  It would be great to see these teams in the hands of top FIFA players to see which they prefer and have the most success using.

Which do you think is the strongest line-up and would you make any changes to the players who made the cut?