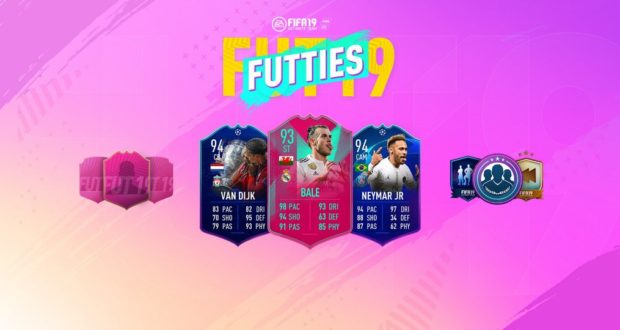 As of today, July 3rd, until August 14th you will be able to take part in the FUTTIES event where you can decide who gets a FUTTIES item. Plus you’ll get a second chance at some of the top Special Items and SBCs that were released this season.

During the first 5 weeks of the campaign you’ll have the opportunity to vote for FUTTIES players from multiple categories. On select days during the campaign, you will find a Player Pick in your account when you log in. The Player Pick will contain 3 FUTTIES nominees, as one match loan items with their base ratings. Nominees include some of the most popular players from the past season. The nominee player you select will count as your vote. The winner will be released through an SBC as an upgraded FUTTIES Winner item. The nominee items will not automatically upgrade.

Some of the best Special Items from FUT 19 (excluding TOTY) will be re-released during FUTTIES! The players will be added to packs in 3 batches. The first batch will be released today, the second batch on July 17th and the third batch, which will include some of the top players from the first two batches, will be released on July 31st.

If you missed out on some of the many exciting SBCs that were released throughout the year, this could be your chance to complete them! A selection of the most popular SBCs will be made available throughout the event.

At the start of FUTTIES you could be eligible to receive a reward pack and the tier of the reward will be based on how many days you logged in to FUT since launch. You have the entire duration of the campaign to log in and claim your pack, if you qualified to receive one.

Make sure you keep an eye on Objectives throughout FUTTIES! Select FUTTIES players will be made available via objectives. These players will help to improve your squad in key positions so that you can complete your Ultimate Team.