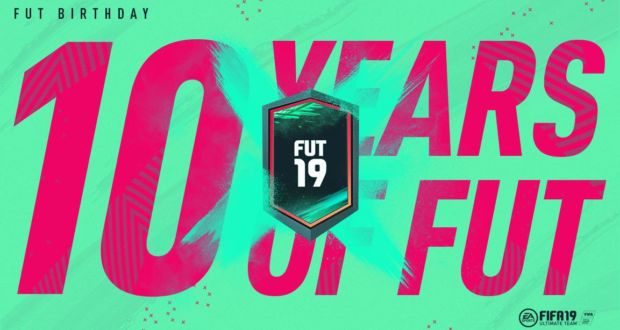 This weekend EA Sports and fans around the world will celebrate the 10th anniversary of FIFA Ultimate Team with a promo event that will include the following:

Thirty FUT Birthday players will have their position changed, whether they played the position in the past, for their national team or maybe their FUT stats would be better suited to another position. Position is not the only change, they will also get significant ratings boosts that conforms to their new position. 21 FUT birthday players will be released in the pool of packs while the rest will be available through SBCs and Objectives.

10 years of FUT has produced more than a few memorable players whose in-game performance earned them special status in the community. Seven of these “FUT Favourites” will be released throughout the event as both SBCs and Objectives, with a Flashback, Premium SBC or FUT Birthday item type.

Celebrate FUT Birthday with some of the top FIFA Twitch streams to get rewards! On Friday March 22 watch Castro_1021, Bateson87, AA9Skillz, ProownezHD or Bruce Grannec on Twitch between 6 pm GMT and 10 pm GMT and make sure you link your Twitch account with your EA account to be eligible (instructions). Rewards will include FUT Birthday players, Prime ICON Moments and packs.

As a thank you to the community a set of rewards will be distributed based on how many days you have played FUT 19 this year.