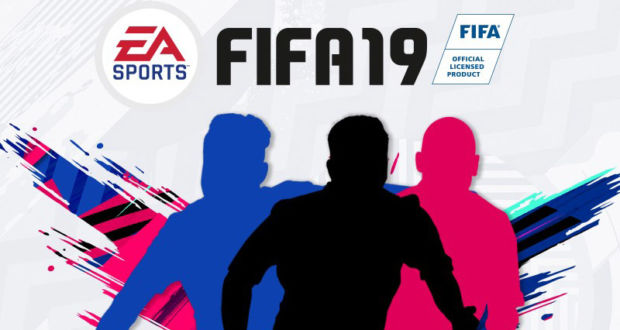 A first look at the leaked FIFA 19 player ratings

A massive amount of excitement is always in the air as autumn approaches and, for FIFA lovers, it has nothing to do with the onset of russet leaves or a crisp freshness that takes your breath away. The start of autumn means a new edition of FIFA is released and the end is in sight now as the 28th of September approaches.

Every new addition brings with it a world of possibility with fans chomping at the bit to see what the developers have changed or made better. When FIFA 19 was revealed, there was mass hysteria as, finally, the official Champions League tournament had been included, which meant gamers would now able to play a fully licensed version of Europe’s premier showpiece event.

However, one of the most contentious talking points that arise every year when a new FIFA is released is the ratings of the players – and this year is no different.

When they are released, you are bound to get a mixture of shock and satisfaction as fans of rival clubs hope to get one over their mates by having players who have a higher rating. The FIFA 19 ratings have been leaked and, with two weeks to go before the game is released, it’s good news for some and bad for others.

Salah, Dybala and Isco in the latest #FIFA19 ratings 🎮 pic.twitter.com/6qqnwDTiwj

Despite being snubbed for the Ballon d’Or this year, Lionel Messi has managed to secure the same rating of 94 as Cristiano Ronaldo. This makes Messi and Ronaldo the highest ranked players in the game, followed closely by Neymar who is at 92.

Some will feel Ronaldo should be at the top by himself but it hasn’t been the best start to life in Serie A for the Portuguese superstar after going goalless in his first three games. Many are backing Ronaldo to come back firing after the international break and, at 8/11, he is still odds-on to be the leading goalscorer in Serie A come the end of the season.

There is no separating Eden Hazard or Kevin De Bruyne as both of the Premier League maestros have a rating of 91, which seems just and fair. It is surely only a matter of time before one of these players has the highest rating of all in one of the coming FIFA’s.

Harry Kane may have not won the Golden Boot last year but he has a higher rating (89) than Mo Salah, who has been given 88. That seems to indicate that the team at FIFA think Salah’s heroics could have been a one-off and that looks to be a shared conclusion, with the bookies putting Salah third favourite at 5/1 to win the Golden Boot again.

Wayne Rooney’s move to the MLS hasn’t seen him drop dramatically down the FIFA player ratings. Rooney’s rating has been revealed and, at 80, he will be more than useful for any DC United fans. The Washington faithful are now seeing the best of their new signing but, at 50/1 to win the MLS, it looks like Rooney may have to be patient before winning his first bit of silverware in America with DC United.

For many, the former Manchester United and Everton player would have disappeared off the map after his move to the MLS but it’s worth keeping an eye on him as he has started turning it on stateside. The MLS isn’t always being broadcast but 101 Great Goals in conjunction with bet365 live stream all football games and included in that is the MLS, which gives fans a great way to keep up to date with how England’s all-time goalscorer is getting on.

There is never going to be complete harmony after the ratings are revealed but it looks like the rankings for FIFA 19 are more or less on the button.

These ratings haven’t been confirmed but are a strong indication of what gamers will find once the game is released. It would be very surprising if any changes are made at the last minute with the game in the final stages of being released. It’s out with the old and in with the new as the 26th instalment of the FIFA series gets ready to hit the shelves.