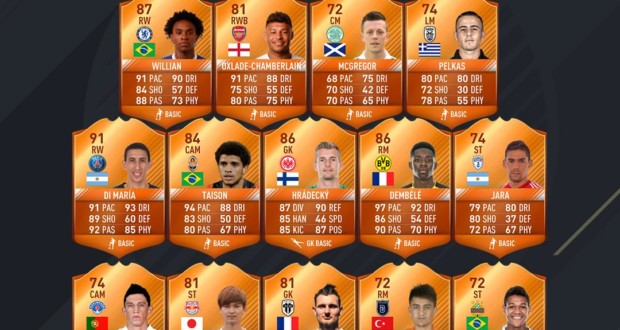 Another week has gone by and we are back, as usual, with another FIFA 17 news roundup post.

TOTW 32 was revealed earlier this week featuring in-forms of players like Bonucci or Benteke and the Hero card of Messi:

These in-forms are available in packs from April 26th – May 3rd! You can view this TOTW in more details on FUTHead or EASports. 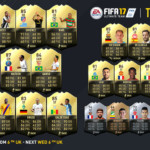 These items will be available in packs until May 5th. 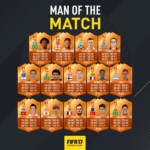 – PFA Player of the Year

– PFA Player of the Year [Loan]

– PFA Young Player of the Year

A new FIFA 17 Single Player Tournament is available as well:

In FIFA Mobile, EA Sports are celebrating Golden Week, the week-long celebration of different Japanese holidays, with a movie-inspired Program until May 8th.

Over the course of Golden Week, there will be a series of movie-inspired Packs and Live Events. There are five different film genres featured, each with their own cast Feature Film Players to find or unlock.

There are also a series of Feature Film Live Events where you can earn genre-specific Feature Film Posters and Ticket Stub Tokens to unlock Feature Film Player Items from their genre Plans.

The Feature Film Players EA Sports picked for Golden Week are not only popular in their home country, they are also well-known at their clubs and in the countries where they play.

For the first five days of Golden Week, there will be a different Feature Film Live Event focused around a particular genre of cinema. Next will follow a Double Feature with two different Live Events available at the same time, then Triple Feature which will have the remaining three.

The event will close with a Movie Marathon, with all five Live Events playable. You can see the full schedule of when each Live Event is available in-game here: In a few weeks’ time, EA Sports will be unveiling something new and exciting for Attack Mode in FIFA Mobile. While there are no details of what that is now, it will certainly change the way you experience the mode.

The length of the next Season of Attack Mode extended To prepare for the new changes, EA Sports are extending the length of the next season of Attack Mode. This extension of a few days  will give everyone a bit more time to reach FIFA Champion, get a FIFA Champion Token and use it on one of the nine (9) available Player Plans.

The May Master Players will be the last Player rewards With the new changes coming to Attack Mode, it also means new adjustments to the rewards that come with playing it.

If you’re still holding on to any Reward Tokens, the nine Player Plans (the four April, the four May, and 99-OVR Griezmann) are the last Plans that where you can use them. If you are a Token short, the May Season is your last chance to get what you need to unlock the player you want. Also, the four players featured for May will only need one (1) Token to unlock.

The new FIFA Mobile TOTW got released this week as well featuring Bonucci as the spotlight player: 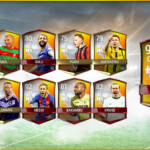 Kamano, Talisca, Jagielka, Bartels and  Zappacosta are the latest players to join the Impact Players club. 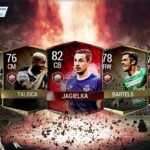 For this week’s episode of “The Pitch”, Mav & Wolfy are visited by AS Roma FIFA player Aman Seddiqi, August “Agge” Rosenmeier and Reece Joel Oxford:

Be sure to check the latest FIFA 17 GOTW compilation from EA Sports featuring stunners from Ibra, Ronaldo, Cuadrado, El Shaarawy and more:

As always, thanks for checking the news and we’ll see you again next week with more FIFA 17 news.