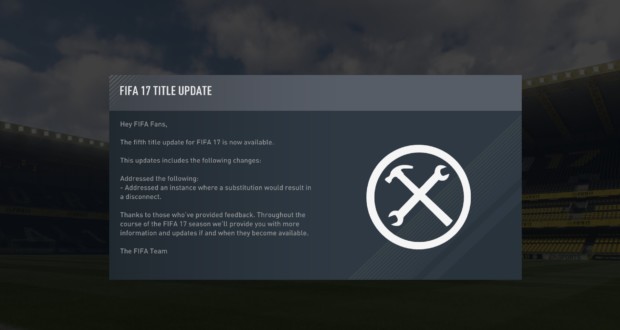 For all the details regarding this event please check this post. 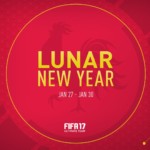 A new FIFA 17 update was released this week addressing the disconnection glitch that lead to the last week’s Weekend League cancellation. 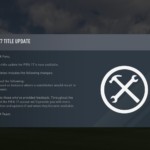 FIFA 17 TOTW 19 is live in packs as of this Wednesday with new in-form players like Dybala, Cavani or Lewandowski:

These in-forms are available in packs from January 25th – February 1st! You can view this TOTW in more details at FUTHead or EASports. 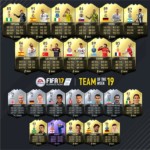 Another two transfers batches have been release this week in FIFA 17 Ultimate Team with the latest one featuring over 50 players with their new nationalities. 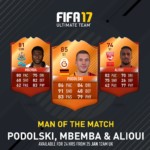 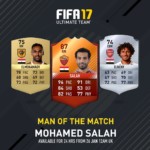 We have two live Squad Building Challenges up in FIFA 17 Ultimate Team this week:

– Year Of The Rooster
– Marquee Matchups

Also, a new FUT 17 Single Player Tournament is up:

Squad Requirements
2 Nationalities in your Starting XI and Subs

FIFA Mobile is celebrating the Year of the Rooster as well featuring a special Lunar New Year Festival. It is also possible to unlock a special 95-OVR Crimson Master Player Item by collecting 10 specific Crimson Tokens. You will need to the specific Tokens to complete this Plan, which you can find in the different Lunar New Year Packs that we offer. Starting February 1st, a new feature within Attack Mode will be introduced for FIFA Mobile, called Attack Mode Seasons. This will transform Attack Mode into a Seasonal challenge mode that rewards players with cool and exclusive rewards. Here’s a quick FAQ from EA Sports regarding this new feature:

How does it work?

Each Attack Mode Season offers up amazing Player Items to chase. The higher you reach, the better exclusive rewards you can get. At the start of each Season, we do a partial reset of the Attack Mode Leaderboard.

What do you mean by a partial reset?

When a new Season begins, you will start with fewer Fans and in a different Division than when you finished the previous Season.

Use this chart to see where you’ll start a new Season depending on where you finished the previous one: Can you tell us more about the Exclusive Rewards? We are offering cool rewards each Season. At the start of a new Season, we will grant everyone who played Attack Mode with a Reward Pack based on where they finished the previous one. This Pack contains Tokens and potentially some Gold or Better “Fan Favorite” Player Items.

Use Tokens to unlock Master Elite Player Items, which are exclusive to a particular Season. So, if you earn 130 Tokens in the first Season, you can only redeem them on the Season 1 Master Elites.

Can you tell us more about the different Attack Mode Player Items? When Attack Mode Players are on your squad, you will earn bonus Fans (up to a maximum of +20%) per turn in Attack Mode. These will be very important to have if you’re looking to reach the 10 million fans required to become a “FIFA Champion” within a given season.

How many Tokens do I get at the end of each Season?

Depending on the division you reach at the end of a Season, you will get a number of Tokens and Player Items. Here is the complete rundown of what each division rewards you:

You can only receive Rank Up Packs once per Season. Regardless of what you finish the Season at, you keep those Rank Up rewards.

At the end of the Season, you receive the reward for the Division you finish at; not the highest one you’ve reached.

Wait one second, I’m already a “FIFA Champion”, don’t I get something now?

Yes, you do get something! Although we are targeting February 1, 2017, as the first Season of Attack Mode, we’re still rewarding everyone who’s played up to that point. When the new Season begins, we will send out rewards to all players based on where they finished the “Pre-Season”. If you reach and finish the Pre-Season as a “FIFA Champion”, then you will get 130 Tokens to use on the four (4) Season Master Elite Players.

If you’re getting close to promotion within Attack Mode, there are still a few days still left to move up a division or two. Get into the mode, win some matches, and get yourself a better reward.

Also, if you finish the Pre-Season in the Top 250 of Attack Mode, we have an additional gift lined up for you.

Does my team reset at the start of each new Season?

No, nothing is happening to your current squad. You will still have the same team you had at the end of the Pre-Season when the first Season of Attack Mode begins.

So, we can still complete the Mobile Master Marco Reus Plan?

What is the “Attack Mode Champion” and how do we get him? We have an exclusive 99-OVR Player Item available for those players who reach FIFA Champion three (3) times. That plan requires three (3) FIFA Champion Tokens. You will only be able to unlock him by reaching FIFA Champion in three Seasons. Like all the other Attack Mode Player Items available, he gives you a “Fan” and “Reaction” Bonus when placed on your squad.

Will you warn us about Attack Mode events, such as when rewards are available or remind us that the current season is ending?

Of course, we will. We’ll have notifications on Twitter (@EAFIFAMobile) and in-game to let you know of any pertinent information about Attack Mode Seasons. The new FIFA Mobile TOTW was released as well featuring the next in-forms: 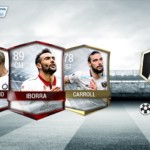 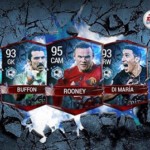 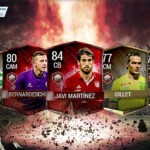 The latest player to join the FIFA Mobile MOTM club is Alexandre Lacazette: 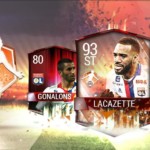 That’s about it for this week, thanks for checking by and we’ll see you as usual next weekend with more news!