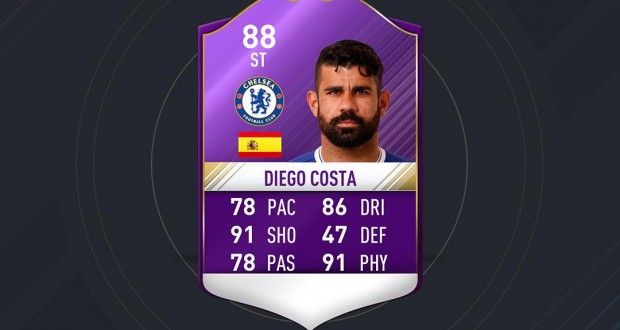 The UEFA Champions League and Europa League group stages have come to an end this week and the best players in this phase of competition received a new series of special in-forms which will be available in FUT 17 packs until 16th of December:

You can view the new TOTTGS in more details at FUTHead. 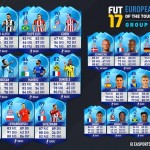 This week you can also find in packs the next FIFA 17 TOTW 12 in-forms:

These in-forms are available in packs from November 6th – 13th December! You can view this TOTW in more details at FUTHead or FUTWiz.

We have four new Squad Building Challenges ready for you to be completed this week in FIFA 17 Ultimate Team, one of them featuring November’s Premier League POTM, Diego Costa: 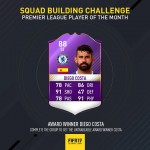 The FIFA 17 Companion App received an update this week including the next improvements:

· Added Coin Price Paid on all items in the app
· Made it easier to get back into SBC when doing a Transfer Market Search
· Removed the Loyalty Bonus from Concept Players in SBC for more accurate Chemistry
· Added support for multiple combinations of Clubs, Leagues, Nationalities, and Qualities in SBC
· Updated Player Name Search for improved accuracy
You can download the companion app for free for iOS, Android or WP devices here. 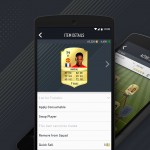 Club Champions Players item are available in various packs but we also have a few Live Events which offer the chance to earn these items. Check the FIFA Mobile Live Events Map to see when these Events are available. 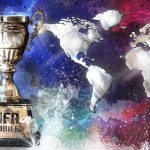 If you are going to open some packs this week in FIFA Mobile, then you may have the chance to bag one of the next TOTW 13 in-forms: 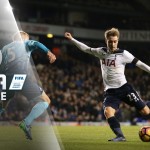 Lewandowski is the brand new owner of a MOTM item in FIFA Mobile: 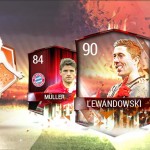 This week’s Impact Players in FIFA Mobile are Delaney, Hoarau, Brandt, Lapadula and Keogh. If their teams win their games this week, they will receive a boost! 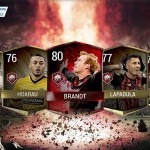 Watch Round 5 of the best goals from FIFA 17, featuring stunners from Mahrez, Ben Arfa, Mané and Ronaldo:

Lastly, if you follow EA Sports FIFA on Instagram this month, you will have the opportunity to win something new everyday until December 17th thanks to their #17DAYSOFFIFA social event. 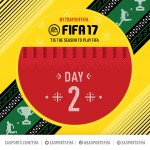 See you next week as usual with more FIFA 17 news!