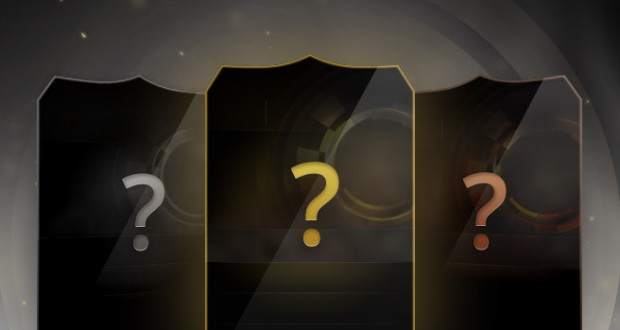 First news up this week is the new TOTW featuring a handful of great IN-Forms:

These in-form players will be available in packs from 25th March 6:00PM – 5:45PM 1st April. You can view the team more detailed at FUTHead or FUTWiz.

The time has come for your bronze squad to shine with the latest FUT tournament:

AC Milan’s forward Alessio Cerci recently received his Pro Player item in Ultimate Team 15. By looking at the card’s stats many players would love to have it in their own club, too bad these kind of cards are untradable:

The lads from Valencia FC had some fun a few days ago after EA Sports dropped by Mestalla Stadium and invited four players to show their skills in a FIFA 15 Player Tournament:

Another week, another round of fantastic goals:

The time of the year has come for you to choose the Most-Consistent Teams Of The Season or shortly known as MC TOTS in which you can suggest players that had an wonderful season but never got an in-form in Ultimate Team. You can post your suggestions in the new official EA Sports FIFA forums here. Before posting there are some important rules to know and follow:

• There are three different MC TOTS: Bronze, Silver & Gold
• Each team will feature 23 Players (Starting XI, Subs, Reserves)
• Players selected must have been consistently playing well throughout the season (goalscoring, assists, clean-sheets, etc) but have NOT received an in-form in FUT 15.
• Don’t worry about excluding players that could possibly appear in any league Team of the Season.
• Roster needs at least:
(6) UK league players (Premier League, Championship, Npower League 1/2, SPL)
(2) French league players (Ligue 1/2)
(2) German league players (Bundesliga, 2. Bundesliga)
(2) Italian league players (Serie A, Serie B )
(2) Spanish league players (Liga BBVA, Liga Adelente)
• Rest of player selection is open. You can get some diversity in there with all the different leagues available.
• IMPORTANT: All player overall and attribute ratings will be determined by the EA SPORTS FIFA team.
• If a player appears in the TOTW before the final squad is complete, he will have to be removed from the selection.

Also, please try to add as much information as you can, with stats aswell if possible.

See you next week fans and stay tuned because the first FIFA 16 news are coming!