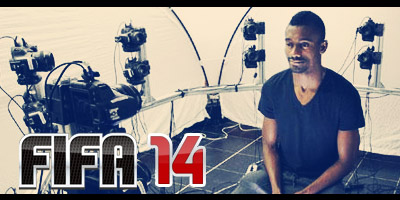 Here are the latest news regarding FIFA 14:

On 20th February Sony announced the launch of their new PS4 console with an estimated release date of Q4 2013/Q1 2014 (November/December 2013 or January 2014). With FIFA 14 arriving at the end of September, there are small chances to see it available for the new console. Most probably we will need to wait another year until FIFA 15 gets released on new-gen consoles. Bellow you can see a demo clip of the PS4 game Watch Dogs running on new-gen features and can give you an idea on how FIFA may look in the future:

You can learn more about PS4 on their official website.

After Olympique Marseille, it was the turn of Lille to get their players scanned for FIFA 14 as you can see in the next video. No more than 19 players got their face scanned during this venue. Be sure to follow the guys that capture the players face on their #FIFAScanningTour2013 on Twitter here, here and here.

Another interesting thing that we have for you today is the petition of the professional women football player Veronica Boquete to include Women Players in the FIFA Game series! She joined the amateur football player Rebekah Araujo from Maryland, that wrote a letter to FIFA Executive Producer David Rutter, asking him to introduce women players in the future FIFA titles. You can check the letter and the petition here. As for now the petition reached almost 30.000 signatures!

What do you think about this? Would you like to see women players in the FIFA Series?