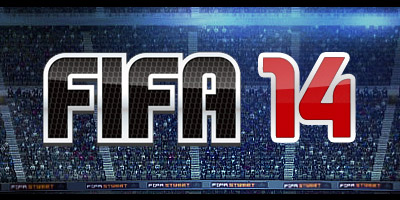 The first news that we have for you is that FIFA 14 will be officially presented next thursday on 11th April at the Santiago Bernabeu stadium in Madrid by producers Nick Channon and Sebastian Enrique. The first official details will be released on 17th April!

Fenerbahce SK will most probably return in FIFA 14 after Fenerbahce VP Omer Temelli confirmed on his twitter account that there are negotiations ongoing between the club and EA Sports.

The FIFA 14 Scanning Tour has officially ended on 14 March! Nigel Nunn from Capture Lab tweeted that the tour has ended and that they were heading back to Canada:

The Capture Lab team visited and scanned teams from Spain, France, Germany and England. Unfortunately for Serie A fans no teams from Italy got scanned this year.

New faces have been revealed in the mmo game, FIFA Online 3! As you can see bellow Pogba, Marcelo, Fabio, Rafael, Varane, El Shaarawy and Fellaini got their own custom made faces:

There are very high chances to see these new faces in FIFA 14 too.

More “new-gen” pics like the Messi screen we showed you two months ago have been released last month with the new FIFA Online 3 game update. In the next screens you can see some very realistic and detailed renders of different players like Rooney, Torres, Cristiano Ronaldo, Hart or Ki Sung-Yueng:

Please note the tattoo on Torres arm! Maybe we will see realistic arm tattoos in FIFA 14?

From this year EA Mobile goes 100% Freemium. This means that every game that is planned to be released by EA this year on mobile will follow the free-to-play model which is monetized with micro-transactions. That will include the future release of FIFA 14 on iOS and Android!

At the presentation of Army of Two game in Chile, the director of marketing and public relations of Electronic Arts in Latin America, Daniel Gonzalez said that there will be some big surprises in FIFA 14 for Latin American fans! What are those surprises? We shall wait and see!

And finally here are some FIFA 14 related articles that deserve to be checked out:

That’s it for now! Please click on the link bellow and send your FIFA 14 suggestions!