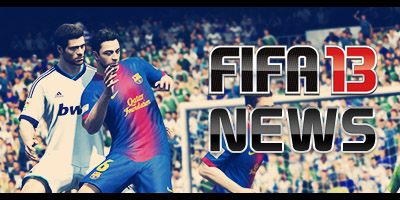 Two weeks ago EA released an update for the EASFC app for iOS users and now the update is available for Android users too. Here are the new features:

View and Manage your SQUAD:
– Optimize Chemistry
– Change formations
– Add or swap players from your Club
– Copy, create, rename, and delete your squads

Android users can install the EASFC app for free! Go and get it here!
A new Interactive Cup has been launched by EA in partnership with CONCACAF. Individuals from all CONCACAF’s Member Associations will have the opportunity to represent their National Association and play for a chance to be crowned Champion of CONCACAF. The registrations will close on March 31 so you better hurry up!

You can sign up for the CONCACAF Interactive Gold Cup ’13 here: http://ow.ly/im9UD
In other news, EA’s CEO John Riccitiello resigned from his position at EA three days ago. He stated in his resignation letter that the main reason he quitted is because of his accountability for the shortcomings in the company financial results this year. You can read his letter here.Some great IN-Form players like Hazard, Villa or Champions League star Burak Yilmaz can be found in TOTW27:

Get these in-form players in packs from 6PM GMT on 20th March – 27th March. You can view this team in-game with the Web App.

More Pro Players IN-Form cards were released by EA Sports for professional football players that play FUT13. After Luke Shaw, Danny Guthrie and Joey Barton, now Ryan Taylor, Tom Carroll, Adam le Fondre, Rio Ferdinand and Wayne Routledge got their own special turquoise/cyan card as you can see bellow. If you see one of these cards in your opponent’s team then know by now that you will be playing against one of these real life players:

This week on The Boot Room Darren Cross from Match Magazine talks about advanced techniques you can use to mix your game up a bit.

Be sure to check the next FIFA 13 related articles:

And in honour of St. Patrick’s Day here is a compilation of epic misses thanks to EA Sports.